By now I'm sure you have heard all about actor/director Kevin Smith AKA "Silent Bob" getting kicked off a Southwest flight for being fat. There has been some back and forth between Smith and Southwest about the actual reason he got kicked off the flight. Southwest says it was because he booked two seats on a later flight but instead chose to fly standby on an earlier flight with only one seat available. Smith says it is all about his girth, that Southwest told him he was a "safety hazard" to which he responded, "What, was I going to roll over on a fellow passenger?" Southwest points out they gave him a $100 voucher for the inconvenience. Smith got the last word in, however, tweeting hilariously "the side of the plane was opened & I was airlifted out while Richard Simmons supervised." Adding awesomely, "You messed with the wrong sedentary processed-food eater!" The lesson here folks is that funny always wins. Always.

This whole debacle, besides providing a dose of hilarity that I sorely needed today, has reopened the debate about overweight passengers on airplanes. I will admit to some ambivalence on this issue. I once spent an entire 3 hours flight wedged next to a girl who had just undergone bariatric surgery and was flying home to her parents. She was thirteen. So, yeah, I had to spend 3 hours sitting on my neighbor's lap. But at least I wasn't a thirteen-year-old who had just had bariatric surgery alone. My discomfort was nothing compared to hers. I decided that day to always err on the side of kindness.

And that was even before I became the most hated person on the airplane.

You know what's worse than an overweight person taking up two chairs? Me, walking down the gateway with all of my young children. I've seen people throw themselves out of those tiny airplane windows rather than sit next to me and my brood. One of the most humiliating episodes of my life occurred on a 4 hour flight after a 6 hour layover. I had two teeeny tiny boys and was 8 months pregnant with number 3. Unfortunately the younger one, for reasons still unknown to me as he was pre-verbal, decided to shriek for the duration. I was already near tears myself from his relentless crying when the man sitting in front of me turned around and yelled, "For God's sake, will you feed it already or something?" I burst into tears and yelled back, "Oh you're supposed to feed these things? Why didn't anyone tell me before?" His retort? "They should have never let you on this plane." (Indeed, in 2008 a woman and her autistic toddler son were kicked off a flight because the boy was "too chatty.")

It might have got ugly had the flight attendant not intervened. She escorted me and the crying son to the back of the plane where she got out milk and cookies. Which she then fed to me while she rocked my crying baby. Another mother came back and offered to take turns holding him, explaining that she had 4 kids herself (now grown) and asked to switch the man seats so she could sit by us. She played cheerio bingo with my older son for the rest of the flight.

For me it's not so much an issue of fat acceptance but rather people acceptance. Kids are people. Overweight people are people. The handicapped are people. The guy who ate three chili cheese dogs and then filled the plane with his toxic gas is still a person. Does it suck being squished into half a seat? Absolutely. Crying babies, barfing, snoring, incessant humming, seat kicking -- there are lots of ways that public transportation, which is what flying is, can totally suck. But the perpetrators are still people. And people deserve to be treated with civility.

So does that mean overweight people should have to buy a second seat if they don't fit in one? Perhaps, as it will probably make everyone more comfortable -- Kevin Smith seemed okay with this part of it. But should they be shamed into doing it? Or arbitrarily kicked off a flight? Or in any other manner humiliated? No.

I've said it before but whoever you are -- no matter your weight, mental capacity or even air-sickness propensity -- as long as you keep your hands to yourself, you can sit next to me. That is, if you don't mind my children.

*Except for terrorists. They should totally be kicked off airplanes. Preferably while still in flight. 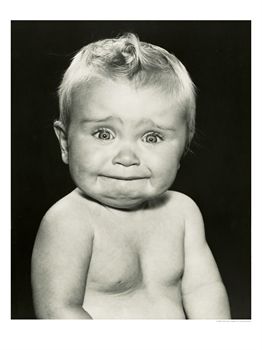 US Presidential Election 2020
Breaking news, analysis and the latest polls on the presidential race from HuffPost’s politics team
See More
Voting Made Easy
Register to vote and apply for an absentee ballot today
Register now
More:
flyingfatTwitterhealthy livingsouthwest airlines
Newsletter Sign Up
The essential guide to taking care of your mind and body
Subscribe to HuffPost’s wellness email
Successfully Subscribed!
Wellness delivered to your inbox