It's certainly an admirable feat to run 26.2 miles, but it's not for everyone. And since we're in the thick of prime marathon season -- is anyone else's Facebook feed full of finisher's medals and PR times and charity donation pleas?! -- we thought we might throw a bone the way of the non-marathoners. Hey, it's okay if you don't want to run a marathon. In fact, science may even be on your side. Here are 26 very sound reasons not to run.

1. You haven't trained enough.
Professional runner Jeff Gaudette writes that you should be aim to average around 40 miles a week for five to six weeks if you want to guarantee a good day on the course. If you're not yet at that benchmark, it's probably a good idea to sit this one out.

2. You're not willing to train enough.
If Reason #1 applies to you, it's worth getting a little introspective. If you haven't finished your training because you're simply not willing to put in the hard work, maybe a 10K is more your cup of tea.

3. Your social life may suffer. 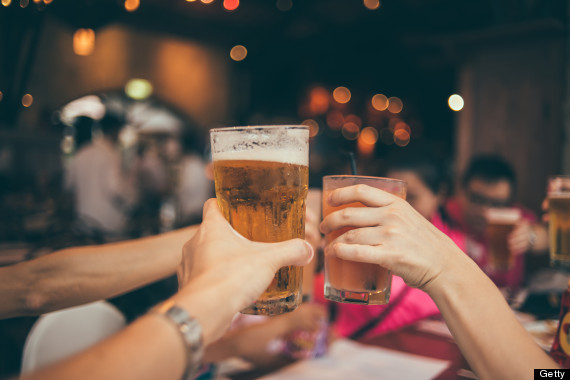 Forget the hours spent actually racing. Training is an even bigger time commitment. It's going to take a considerable amount of time to log 40-mile weeks, and it can get tricky to fit social obligations -- especially ones that include eating and drinking -- seamlessly into your training routine. If you're not ready to give up some of the fun, maybe this isn't your year.

4. Chafing.
Here's a pleasant thought: You'll be running for so long that the rubbing of the skin of your thighs or your sports bra or your cotton tee could physically hurt you. Marathon runners will try to convince you that all you need is some petroleum jelly or some tighter shorts, but is it really worth the risk? 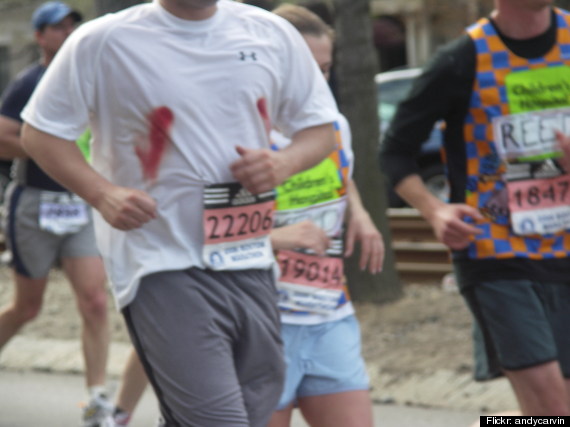 6. Marathons are expensive.
If you want to run one of the top 25 marathons in the U.S. you can expect to shell out over $100 just to enter. The cost of the average entry fee has gone up by 35 percent since 2007, three and a half times faster than inflation, Esquire reported. At some races, the high price tags act as a deterrent to registration. Still, entrants are unfazed at major marathons, and those registration fees cover grander amenities and entertainment and increasing security measures.

7. They hurt your immune system.
A regular workout routine can help you stay sniffle-free through cold and flu season, but too much exercise can actually have the opposite effect. (Everything in moderation.) Research shows that after long, taxing workouts like marathons, immune systems are depleted for up to weeks after the race, leading to "2-6 fold increase in the risk of developing an upper respiratory infection," Mike Gleeson, a professor of exercise biochemistry at Loughborough University in Leicestershire, U.K. said in a statement.

8. You actually hate running.
If you love to run, a marathon might be the natural progression of your regular routine. But if you really don't like pounding the pavement, forcing yourself to conquer a race of this magnitude might not be a great idea. There's compelling evidence to support the fact that we stick with fitness activities that mesh well with our personalities. So listen to that voice telling you running is not it for you, and find another challenge that's truly appealing.

9. A marathon isn't a surefire way to lose weight.
Setting a goal like a marathon can be inspiring motivation for people looking to slim down and shape up by race day, but marathon training doesn't replace a thought-out weight loss plan. Marathoning -- and running in general -- doesn't always lead to weight loss, especially if you're not varying your routine or picking up the pace, writes Born Fitness founder Adam Bornstein.

10. It's not an excuse to eat everything you want. 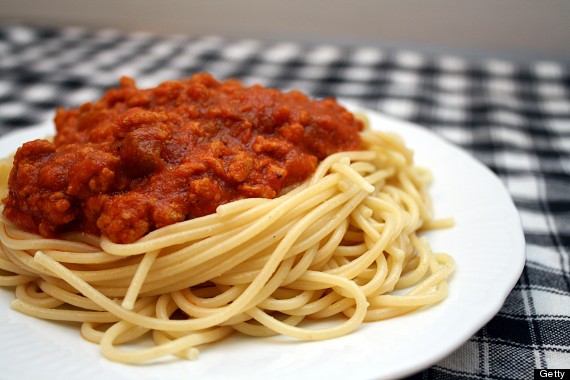 Just because you need more carbs for fuel doesn't mean those should come from pizza. Yes, you're burning a lot more calories on all those long runs, but that doesn't mean nutrition isn't an important component of safe training. In fact, eating the wrong things can sap your energy or screw with digestion (more on that later). You're better off bulking up on carbs from whole grains like black rice and quinoa, and fueling your runs with lean protein for energy and recovery and heart-healthy fats like those in olive oil and avocado. Check out more great foods for runners here.

11. You won't get faster.
When you're so focused on meeting your mileage goals, you're likely to let other aspects of training fall to the wayside, according to Running Times magazine. "When we're using all our available time and energy for distance, we tend to resist developmental tasks like improving form and strength," editor-in-chief Jonathan Beverly wrote in 2011. Best case scenario, you don't become a better or faster runner. Worst case scenario, ignoring your form and strength leads to a sidelining injury.

12. You could be at risk of over-hydrating.
Drinking too much water, known as hyponatremia, is not only very rare but very difficult to do. However, research suggests that marathon runners may be one of the more at-risk populations when it comes to this frightening condition. It may be that after a grueling race, marathon runners can't fathom flooding their bodies with too much HO, but it is a valid risk.

13. No one really knows how to coach you through recovery.
After 26.2 miles of wear and tear -- plus months of training -- most people are in the mood for a little break from running. But science doesn't really know how you should spend those crucial couple of weeks after a big race for optimal recovery. Some experts will tell you to take one day off for every mile you ran, giving you 26 days without hard running after that marathon. Others will suggest a reverse taper, which allows you to gradually build back up into competitive training. But because researchers can't ask recovering marathoners to simply run another, we may never know just how long it takes, exercise physiologist Dr. Timothy Noakes told the New York Times.

14. Your head's not in the right place.
It's easy to focus on the physical training and assume you'll be mentally tough when the time comes. But, in the words of Ironman superstar Lisa Bentley, a marathon is "just such a long time to concentrate." Not only does your mental game need preparing, it also needs recovery time -- and we don't really know how long it takes to get over that mental fatigue, either.

15. Your gut will go all sorts of crazy. 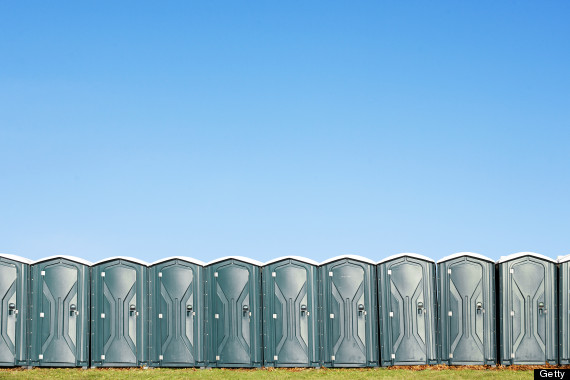 Anywhere from about 30 to 50 percent of distance runners will have some kind of exercise-related tummy troubles, and that stat may be even higher among marathoners, Active.com reported. Sure, there are little dietary tricks of the trade to try to avoid excessive trips to the porta-potties. But wouldn't you prefer your insides un-jostled?

16. You'll have to eat Gu.
Okay, you don't have to. But many distance runners swear by a gel supplement "occupying a goopy place somewhere between liquid and food," as Greatist so appetizingly put it. It's got all the essential components of a solid mid-run snack, and the squishy consistency makes it easy to suck down without breaking your stride. But don't you prefer eating real food?!

17. Marathons can hurt your heart.
Reality check: You can run a marathon and be a whole lot less fit than you think. (Sorry!) The problem is that for those less-fit runners, the damage to the heart accumulated over the strenuous race can last for months after crossing the finish line. The good news is you will recover, but you may be vulnerable to other heart problems before you do, according to a 2010 study.

18. Or even stop it.
It's extraordinarily rare, but marathons have been known to severely hurt the heart from time to time. About one in every 184,000 runners "succumbs to cardiac arrest after a marathon", Discovery reported. The runners most at risk have an underlying heart condition, so it's important to consult with your doctor before entering into a training program of any kind.

19. You're more of a private runner.
If a public display of your fitness forte only makes you uncomfortable, skip a race. The last thing you need during a marathon is to be wigged out by strangers cheering your name. You can run as far and as long and as fast as you want without screaming fans or finishers medals, and you'll enjoying it heaps more.

20. Your friends are tired of donating money to your cause.
Running for charity is basically a win-win: The marathoner gets a coveted spot in one of the hard-to-get-into races while benefitting a cause close to his or her heart in the process. But while the field of charities involved in marathons and the donations they've raked in had been on the up and up since the late '90s, numbers seem to be slowing in 2013, the New York Times reported. The 2013 New York City Marathon, for example, was still not sold out just weeks before the race, New York Road Runners' chief executive Mary Wittenberg told the Times, calling it "unprecedented."

"It's very hard, I believe, to do that year after year," NYC marathon organizer George A. Hirsch said about runners who must meet donation requirements in order to run. "You're coming back to your same pool of friends."

21. It could (maybe, possibly) hurt your knees. 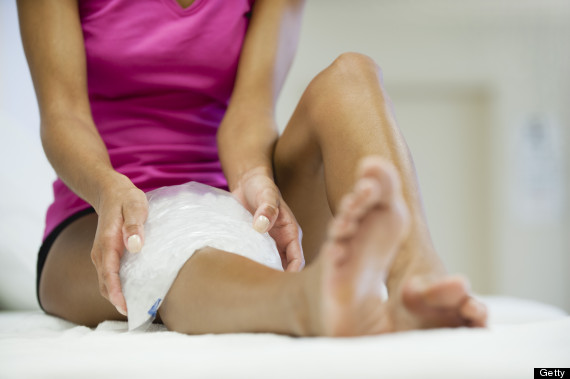 Just about everyone will give you their personal opinion on whether or not running is bad for your knees. The science has gone back and forth, but experts tend to agree that running inherently is good for your knees -- as well as other bones and joints.

However, there are some extenuating circumstances that make running riskier, which in turn might make a marathon -- and all the training -- a bad idea. Preexisting knee conditions or injuries can be made worse by the constant pounding. Some evidence suggests that marathon training might be more detrimental to the knees of overweight people. How your foot strikes the pavement as well as increasing your mileage or pace too quickly could also contribute to knee problems, LiveScience reported.

22. It could cause shins splints.
There are few running injuries more commonplace than this dreaded pain between the ankle and knee. Marathon training is the perfect recipe of constant pounding and the "'terrible toos' -- running too hard, too fast or for too long," according to the Mayo Clinic. If you insist, at least stop running in those worn-out, decades-old sneaks.

23. You might really excel at a shorter distance.
If you're not a natural at long-distance running, you might be wasting your energy to simply finish a marathon when you might dominate a shorter race. Runners ages 20 to 30 make up just 3.3 percent of triathlon participants, according to Outside magazine, "meaning the competition for hardware in your age group will never be this slim again." The same age group of marathoners makes up more like 6 percent of participants, according to MarathonGuide.com.

25. You'll have to forget about pedicures.
If you don't feel like considering a black toenail a "rite of passage", it might be time for a new hobby.

26. For any of the wrong reasons.
Whether it's because it seems like everyone has run a marathon or you always thought you'd complete one before 40 or your younger brother dared you to, in our humble opinion, the only really good reason to do a marathon is because you really want to. If you don't, buck the peer pressure and pledge not to judge yourself -- you are more than your mileage.

What makes you want to -- or not want to -- run a marathon? Let us know in the comments below!