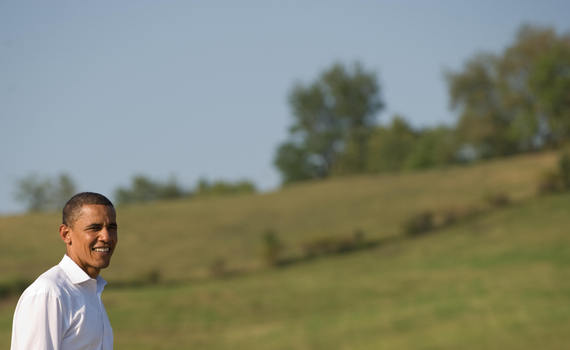 President Obama announced a plan to safeguard America's land, water and wildlife, establishing a "no net loss" standard for all infrastructure and development projects under federal jurisdiction.

It means that any construction that takes place on federal land, or that is administered by a federal agency, cannot result in a net loss of forest, land, water or other natural resources.

Importantly, the new strategy also places preference on creating a "net benefit" where possible. This is key because to create a more prosperous and sustainable nation, we must not only preserve - but also enhance - the ecosystems that support our agricultural, industrial and recreational economies.

The White House strategy calls for landscape-scale, market-based solutions that allow us to achieve such net benefits for the environment - strategies that already exist and which we know can deliver.

Both of these initiatives allow farmers and ranchers to maintain their bottom line, creating a net benefit for the environment and the economy. Such programs are exactly what the White House had in mind when it called for market-based solutions that offer a win-win for nature and for people.

It's a new way of thinking about environmental conservation, and one that will leave a strong environmental legacy to our children and grandchildren.

It's only every few decades - once in a generation - that we see this level of presidential action on conservation.

Obama is setting a new precedent which says that human needs for food, fuel and fiber must not come at the expense of the environment.

Obama's new strategy builds on the "no net loss" of wetlands policy that President George H. W. Bush established more than 25 years ago, and which dramatically slowed the rapid loss of wetlands that threatened our nation's economy and national security.

By taking President Bush's policy to the next level, Obama is setting a new precedent which says that human needs for food, fuel and fiber must not come at the expense of the environment.

He is making it clear that our as nation's industries grow and thrive, we must also protect and enhance the natural systems that sustain us. In doing so, the president is also signaling that he wants to leave a powerful environmental legacy as he heads into his last year in the White House.

What we witnessed today represents a change in trajectory to help sustain all that is core to America's history, economy and prosperity - and exactly the kind of shift in thinking we need to make lasting change.

This article originally appeared on the EDF Voices blog and is reprinted with permission.