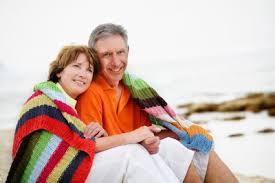 Women tell me all the time how amazed they are by a girlfriend who gets a zillion dates while they are struggling to get one date with a good man.

What do these women do that you might not be doing?

I'm going to be sharing three of these secrets with you in today's blog.

Secret #1....It all starts with recognizing a great catch.

Do you remember the plot of the Disney movie, Beauty and the Beast? (How many times did we watch that with our kids?)

Belle falls in love with the Beast because of how kind he is and how well he treats her.

She doesn't know that beneath his ugly exterior is a man who was once very handsome.

Even though at first, she is repelled by his appearance, once she gets to know the Beast, she finds her heart opening to him.

Often times, women tell me that a MUST HAVE quality is the handsomeness of a man.

Here's a little secret for you...as you get to know a man, your attraction to him can grow big time!

What counts for getting the long-term relationship is his personality which combined with his looks can make him cuter and how he treats you.

This is why you want to consider giving Average Joe a chance.

He can make a far better boyfriend for you than Mr. Hottie will any day.

Mr. Hottie will want you to feel lucky he chose you.

On the other hand, Average Joe will feel honored you chose him and he'll do everything he can to show you he's worthy of being your prince.

When you're speaking with girl friends, you talk about one subject then in the middle of that subject, you move to another subject, then you go back to the original subject then back out again to something else.

In the midst of all this, you're talking over each other, finishing sentences, asking questions and starting new trails of conversation that all of you can follow. Right?

This is how women communicate!

But it's not the way men communicate.

Most men can follow only ONE STREAM of thought at a time.

When you interrupt a man with additional questions, he thinks you aren't listening to him because you didn't give him a chance to finish his thoughts before you asked something else.

Believe me, I know that you are listening.

But you're listening in a female way that men just don't understand.

I want to show you what you can do instead that really works with men. Ready?

Ask a man ONE question at a time.

Allow him to talk and get everything out he needs to say about this one question until he slows down and stops talking.

Now, count five-10 seconds before you ask him another question just to be sure he's finished with the last one.

I promise when you do this, you will touch his heart and he will feel like the luckiest man around.

When he feels treasured, he'll want to do everything in his power to make you his princess.

Secret #3...Make a man feel like your hero and watch your dating life change.

In this day and age with what you've gone through in life, you've probably become pretty self-sufficient.

You had to. You didn't have a choice or you wouldn't have survived.

But what it did was it took away a man's power of feeling like he's needed in your life.

Men are wired to keep you safe, protected and provided for to the best of their ability.

When you can do it all, he thinks, what does she need me for?

Try making a man your hero.

It can be as simple as letting him open the door for you or asking him for a favor or his help.

Watch a man's body language when you allow him to be your hero.

His chests puff up and he struts because he is so proud he made you happy.

Just be sure to thank and appreciate what he's done.

If you do, he will always want to be your Prince Charming and the man who loves making his princess happy.

Lisa Copeland is known as the expert on over 50's dating. She's the best-selling author of The Winning Dating Formula For Women Over 50 and her mission is to help as many women around the world as she can discover how to have fun dating and finding their Mr. Right after 50. To get your FREE Report, "5 Little Known Secrets To Find A Quality Man," visit www.findaqualityman.com.

1 / 8
INSTAGRAM
On <a href="http://instagr.am/" target="_hplink">Instagram</a> (iPhone and Android, free), users take photos from their daily lives and have the option to apply a variety of filters to enhance or touch-up their images. Users then have the ability to share their images on various social network sites as well as Instagram's own social network. Users also have the ability to "like" other users' photos and share with their own friends. BEST FOR: The application is best for those wanting to share the daily images of their lives. As Instagram has grown in popularity, many users can share their photos on multiple social networks. It's a great way to share your latest craft project or vacation adventures with your family and friends. TIPS & TRICKS: Photos from Instagram don't have to stay in the online realm. Users now have the ability to easily turn their filtered photos into actual photos on canvas using CanvasPop or even into desk calendars with the app Calendargram (iPhone, free), which would make great gifts for all of your loved ones.