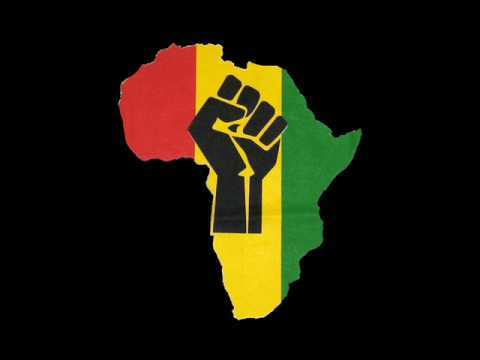 One of the challenges that people of African descent continue to face from the days of slavery is the question of identity. Many of us still do not know who we truly are. This was largely done by design. The slave masters stripped Africans of their names, their languages, their culture and customs, and of their history. Not only this, but Africa has always been depicted as a negative place filled with savages and cannibals. Generations of African people living in the Americas only knew of Africa as the "Dark Continent." Pro-slavery propaganda insisted that it was actually a benefit for an African to be taken away from their African homeland and this was a view even some Africans came to accept. Jacobus Capitein, who was born in Ghana, felt that it was the will of God that made him a slave so that he could be brought to the "blessed" land of Holland. He later became a defender of slavery. Today most people of African descent would agree that slavery was no blessing to their ancestors, yet many of them still perpetrate one of the cornerstones of slavery; that is the stripping of our cultural identity as African people.

It's not uncommon to meet African people who are born in the United States or in the Caribbean who would react negatively to being called Africans. Herman Cain, for example, insisted that he was a "Black American" not an African American. There was a situation a few years ago in which a student of Jamaican descent requested her teacher not to refer to her or any of the other students as African Americans since they are not from Africa. Although it may seem like a trivial issue to many people, including people of African descent, I think it's actually very important that people of African descent learn to see themselves as such for various reasons.

In the first place, we are the only group of people that came to the Americas by force. Unlike most other ethnic groups that came to the United States, we did not leave Africa in search of a better life or in search of the American Dream. If anything, we actually lost a better standard of living by being taken to America. A fact that many people are not aware of is that in many ways West African societies were more advanced than even European societies were. When the plague was devastating Europe, civilizations such as Mali and Songhai were thriving in Africa. Today we still view Africa as a "Dark Continent" which is filled with misery, poverty, and starvation, but this was not always the case. African people were in no hurry to leave their homeland and some of the slaves committed suicide in hopes that their spirits would return to Africa.

Secondly, we have the richest and most diverse background of any other ethnic group in the Americas. When we look at our historical roots we can trace them to various kingdoms such as Songhai, Mali, Asante, Dahomey, Kongo, Benin, Oyo, Futa Jallon and Kuba. Most African people in the Americas have a basic understanding of slavery and what that entailed, but our history is much more complex than that. Many of us trace the origins of our history to slavery, when slavery was actually a disruption of our history. When an African American, such as Herman Cain or Whoopie Goldberg for example, rejects the term "African" they are in effect rejecting thousands of years of African history and reducing their historical understanding of their own identity to 200 years of slavery in America.

Finally, the term African is a term that connects African Americans to a global community of people of African descent that are connected by a common history and a common experience. Whether you are Jamaican, Guyanese, Trinidadian, Ghanaian, Nigerian, or Kenyan you have felt the sting of British colonialism. Haitians, Martiniquans, Senegalese, and Guineans have all felt the sting of French colonialism. Brazilians, Angolans, and Mozambicans have all suffered through Portuguese colonialism. And just about every group of African people in the world has experienced American racism in one form or another. The experiences may differ, but all people of African descent have been victimized by racism and oppression in one form or another.

I think one of the reasons why so many African people living in the United States and the Caribbean do not like thinking of themselves as African is because of the collective ignorance that many of us still have about our African roots and why those roots are important. The many African kingdoms that I listed above are largely unknown to many people of African descent, yet those same people would have gone to schools that taught them much about European civilizations such as Greece, Rome, France, and Britain. When the education system is geared mostly towards European history and culture, and the media depictions of Africa are still largely negative and misinformed, it's easy to understand why many people of African descent would look at their own ancestral roots negatively.

Today many of us still struggle with what we perceive to be conflicting national and ethnic identities. This is especially true in America where our historical experiences create what W.E.B. Du Bois described as a "double consciousness." African Americans are a people that were ripped from the African continent and most still know very little about their African roots, so many African Americans simply do not see themselves as Africans. Yet, centuries of discrimination and being treated as second-class citizens has also taught African Americans that they still are not fully American either. In fact, the history of African Americans up until the present has largely been a history of struggling to be accepted by America and, as movements such as Black Lives Matter demonstrate, this fight for acceptance and recognition continues. The famed actor and activist Paul Robeson perhaps said it best when he said, "I am an American who is infinitely prouder to be of African descent."