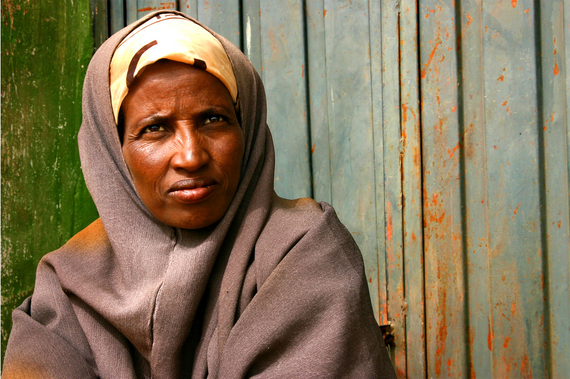 For a sector that prides itself on its ability to respond to emergencies, the humanitarian community has been slow to adapt to the changing picture of global displacement. The numbers of people fleeing war, civil unrest, poverty, religious persecution, and ethnic conflict are proliferating: more people have been displaced by conflict and persecution today than at any other time in recorded history. But the international community has been slow to shift its approaches to the new landscape.

The latest estimate of the United Nations High Commissioner for Refugees (UNHCR) is that as of the end of 2014 there were 59.5 million forced migrants worldwide, up from 37.5 million just a decade earlier. About a third (19.5 million) of individuals displaced by conflict and persecution cross a border and receive refugee status, a legal designation with special protections afforded under international law. The remaining 40 million are internally displaced, staying within the borders and under legal regimes of their home countries, or are asylum-seekers (1.8 million) whose protection status has not been determined. Today, conflicts in Syria and Afghanistan are responsible for half of the world's refugees, creating massive population flows to Turkey, Lebanon, Jordan, and other neighboring countries.

Less than a third (29.3 per cent) of the world's refugees live in camp settings, and there is a growing trend towards refugees living in cities or with host communities in various arrangements. Drawn by the prospect of jobs, public schools, greater anonymity, and escape from the confines of under-resourced camps, refugees are increasingly avoiding or abandoning settlement in camps.

Additionally, the past decade has seen more and more refugees from countries that rate higher on the human development index. These individuals enter host countries with higher life expectancies and different health needs from refugees in decades past. For example, until this crisis emerged, Syrians' leading cause of death was cardiovascular disease.

As the profile of conflict-affected populations has shifted, so, too has the burden of disease. Infectious diseases such as tuberculosis, which are often related to conditions of over-crowding in camp settings, appear to be on the decline with refugees' movement towards urban settlements. Non-communicable diseases (e.g. diabetes, cancer) on the other hand, are of increasing concern for many refugee populations.

This demographic shift has important consequences for policy and provision of services, including healthcare. We know from previous emergencies in Iraq and the Balkans that non-communicable diseases constituted the majority of the health needs of the refugee populations. In both emergencies, the humanitarian community was hard-pressed to respond effectively because management of chronic health conditions is resource-intensive. The healthcare strategies and policies devised by UNHCR and the humanitarian community have traditionally been modeled on camp settings, where refugees are accessible. Solutions for meeting the long-term health needs of refugees living in urban environments are lacking.

Having just returned from a meeting in Istanbul where stakeholders convened to discuss Turkey's capacity to respond to the health needs of refugees, I am acutely aware of these issues. Throughout the Istanbul event, healthcare professionals and others discussed and prioritized the major barriers to service provision for the massive influx of urban refugees.

The top two barriers mentioned were interlinked. First, the health staff in clinics and hospitals in Turkey cannot speak any of the other languages spoken by Syrian, Afghan and other refugees living in Turkey, including Arabic. The second barrier that practitioners cited repeatedly is that Syrian doctors and other trained personnel who are refugees or asylum-seekers are not permitted to work in Turkey and that the current policies are outdated and impeding the response. Stakeholders also cited funding shortages, especially for specialized services for non-communicable diseases (e.g. chemotherapy). Concerned practitioners are at a loss as to how to help the refugees who have settled in their country. And they are not alone.

While UNHCR changed its policy in 2009 to recognize urban locations as legitimate places for refugees to reside and emphasized its responsibility to provide protection and services to refugees who chose to live outside of camp settings, ensuring these protections and services remains a challenge. In many cases, it is local governments, not UNHCR, who are leading the response. And in either case, the responsible parties are failing to provide promised protections and services, as we have yet to identify successful strategies for urban refugees.

It is time for the humanitarian community to invest in strategies and implement policies that respond to the lived realities of refugees today. Such efforts will take devoted funds, openness to testing different approaches, and exploration of new modes of service delivery to treat refugees where they are.