If you've ever cried about getting a B+ or ending up in second place, there's a good chance you're a perfectionist.

As a culture, we tend to reward perfectionists for their insistence on setting high standards and relentless drive to meet those standards. And perfectionists frequently are high achievers -- but the price they pay for success can be chronic unhappiness and dissatisfaction.

"Reaching for the stars, perfectionists may end up clutching at air," psychologist David Burns warned in a 1980 Psychology Today essay. "[Perfectionists] are especially given to troubled relationships and mood disorders."

Perfectionism doesn't have to reach Black Swan levels to wreak havoc on your life and health. Even casual perfectionists (who may not think of themselves as perfectionists at all) can experience the negative side-effects of their personal demand for excellence. Here are 14 signs that perfectionism could actually be holding you back -- and simple ways to start letting go.

1. You've always been eager to please. 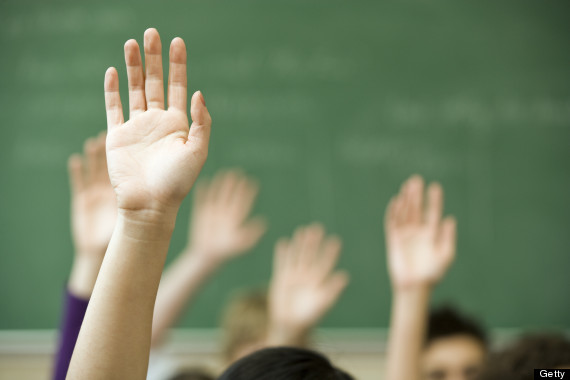 Perfectionism often starts in childhood. At a young age, we're told to reach for the stars -- parents and teachers encourage their children to become high achievers and give them gold stars for work well done (and in some cases, punishing them for failing to measure up). Perfectionists learn early on to live by the words "I achieve, therefore I am" -- and nothing thrills them quite like impressing others (or themselves) with their performance.

Unfortunately, chasing those straight A's -- in school, work and life -- can lead to a lifetime of frustration and self-doubt.

"The reach for perfection can be painful because it is often driven by both a desire to do well and a fear of the consequences of not doing well," says psychologist Monica Ramirez Basco. "This is the double-edged sword of perfectionism."

2. You know your drive to perfection is hurting you, but you consider it the price you pay for success.

The prototypical perfectionist is someone who will go to great (and often unhealthy) lengths to avoid being average or mediocre, and who takes on a "no pain, no gain" mentality in their pursuit of greatness. Although perfectionists aren't necessarily high achievers, perfectionism is frequently tied to workaholism.

"[The perfectionist] acknowledges that his relentless standards are stressful and somewhat unreasonable, but he believes they drive him to levels of excellence and productivity he could never attain otherwise," Burns writes.

3. You're a big procrastinator. 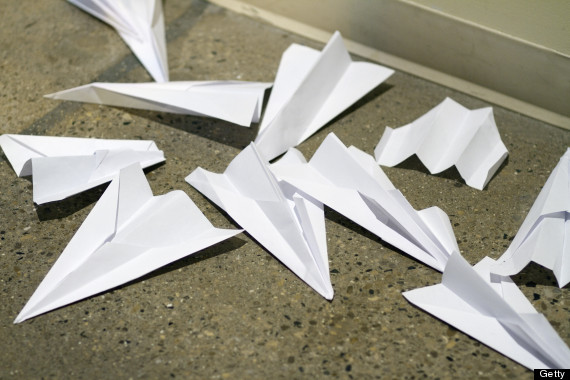 The great irony of perfectionism is that while it's characterized by an intense drive to succeed, it can be the very thing that prevents success. Perfectionism is highly correlated with fear of failure (which is generally not the best motivator) and self-defeating behavior, such as excessive procrastination.

4. You're highly critical of others.

Being judgmental toward others is a common psychological defense mechanism: we reject in others what we can't accept in ourselves. And for perfectionists, there can be a lot to reject. Perfectionists are highly discriminating, and few are beyond the reach of their critical eye.

By being less tough on others, some perfectionists might find that they start easing up on themselves.

"Look not to the faults of others, nor to their omissions and commissions," the Buddha wisely advised. "But rather look to your own acts, to what you have done and left undone." 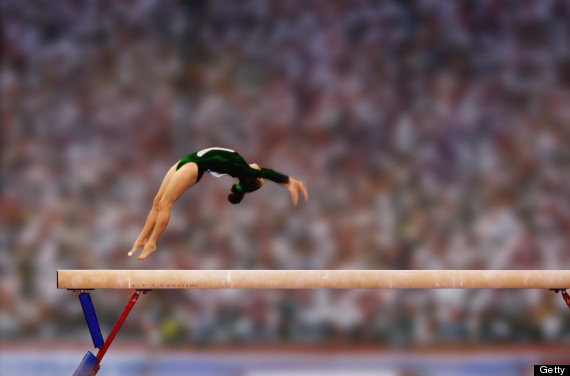 Many perfectionists struggle with black-and-white thinking -- you're a success one moment and a failure the next, based on your lastest accomplishment or failure -- and they do things in extremes. If you have perfectionist tendencies, you'll probably only throw yourself into a new project or task if you know there's a good chance you can succeed -- and if there's a risk of failure, you'll likely avoid it altogether. Studies have found perfectionists to be risk-averse, which can inhibit innovation and creativity.

For perfectionists, life is an all or nothing game. When a perfectionist sets her mind to something, her powerful drive and ambition can lead her to stop at nothing to accomplish that goal. It's unsurprising, then, that perfectionists are at high risk for eating disorders.

6. You have a hard time opening up to other people.

Author and researcher Brene Brown has called perfectionism a "20-ton shield" that we carry around to protect ourselves from getting hurt -- but in most cases, perfectionism simply prevents us from truly connecting with others.

Because of their intense fear of failure and rejection, perfectionists often have a hard time letting themselves be exposed or vulnerable, according to psychologist Shauna Springer.

"It is very hard for a perfectionist to share his or her internal experience with a partner," Springer writes in Psychology Today. "Perfectionists often feel that they must always be strong and in control of their emotions. A perfectionist may avoid talking about personal fears, inadequacies, insecurities, and disappointments with others, even with those with whom they are closest."

7. You know there's no use crying over spilt milk... but you do anyway. 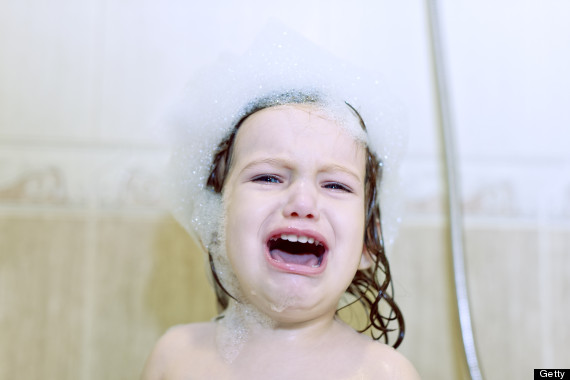 Whether it's burning the cookies or being five minutes late for a meeting, the perfection-seeking tend to obsess over every little mistake. This can add up to a whole lot of meltdowns, existential crises, and grown-up temper tantrums. When your main focus is on failure and you're driven by the desire to avoid it at all costs, even the smallest infraction is evidence for a grand thesis of personal failure.

"Lacking a deep and consistent source of self-esteem, failures hit especially hard for perfectionists, and may lead to long bouts of depression and withdrawal in some individuals," writes Springer.

8. You take everything personally. 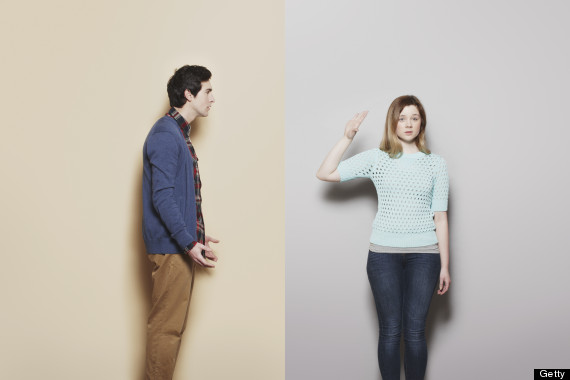 Because they take every setback and criticism personally, perfectionists tend to be less resilient than others. Rather than bouncing back from challenges and mistakes, the perfectionist is beaten down by them, taking every misstep as evidence for the truth of their deepest, continually plaguing fear: "I'm not good enough."

9. ... And you get really defensive when criticized.

You might be able to pick out a perfectionist in conversation when they jump to defend themselves at even the slightest hint of a criticism. In an effort to preserve their fragile self-image and the way they appear to others, a perfectionist tries to take control by defending themselves against any threat -- even when no defense is needed.

Because perfection is, of course, an impossible pursuit, perfectionists tend to have the perpetual feeling that they're not quite there yet. Self-described perfectionist Christina Aguilera told InStyle in 2010 that she focuses on all the things she hasn't yet accomplished, which gives her a drive to constantly out-do herself.

"I am an overachiever and an extreme perfectionist," Aguilera said. "I would like to do more film and I feel that I still have yet to acquire the type of success that I desire. I’m sure there will definitely be a place that I will be at peace with knowing I’ve accomplished a lot.”

11. The image below makes you nervous. 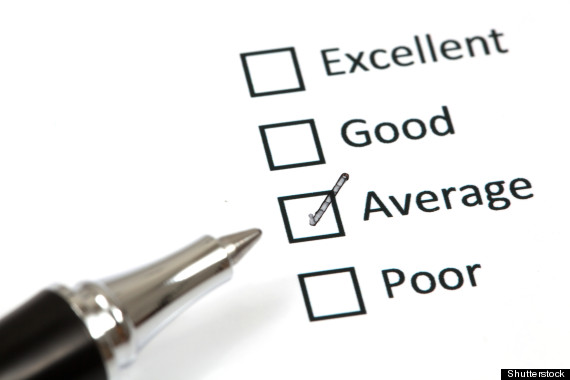 12. You take pleasure in someone else’s failure, even though it has nothing to do with you.

Misery loves company, and perfectionists -- who spend a lot of time and energy thinking and worrying about their own failure -- can find relief and even pleasure in others' challenges. For a moment, taking pleasure in someone else's shortcomings might make you feel better about yourself, but in the long term, it only reinforces the kind of competitive and judgmental thinking that perfectionists thrive on.

13. You get secretly nostalgic for your school days. 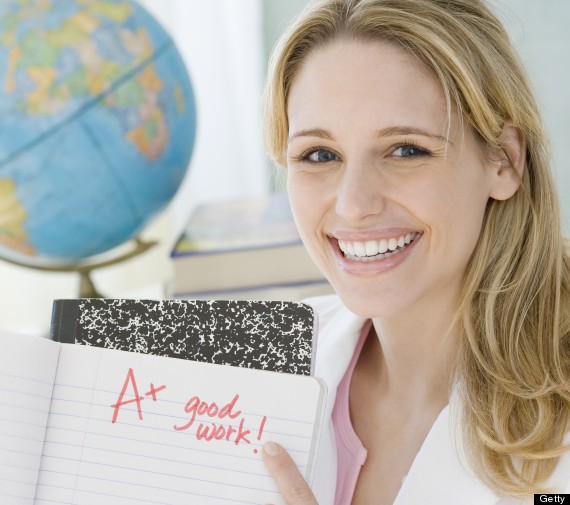 Some people hated school, but you loved it, because success was quantifiable -- you had assignments, grades, feedback, and a teacher whose job it was to provide positive feedback and a pat on the back for a job well-done. You might have been a teacher's pet, or maybe you were voted “Most likely to succeed” in the yearbook. The structure of school and easy equation of "work hard, do well, be rewarded" is a comfort for most perfectionists.

In the real world, success is measured differently. Everything is structured differently. And while you might not ever tell anyone, there’s a part of you that misses that world where it was possible to get an A+ and call it a day. 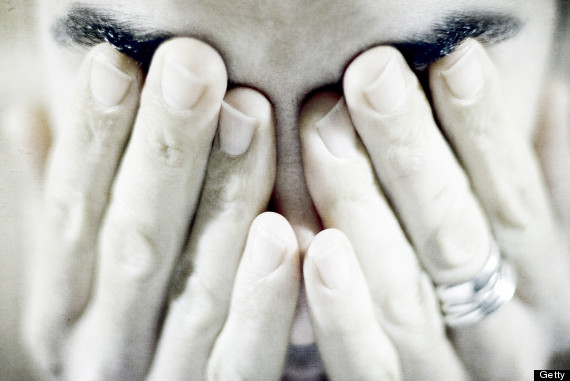 Underneath it all, perfectionists are often plagued by guilt and shame. Maladaptive perfectionism -- a drive to perfection that generally has social roots, and a feeling of pressure to succeed that derives from external, rather than internal, sources -- is highly correlated with depression, anxiety, shame and guilt.

"Perfectionism is not about striving for excellence or healthy striving," Brown told Oprah. "It's… a way of thinking and feeling that says this: 'If I look perfect, do it perfect, work perfect and live perfect, I can avoid or minimize shame, blame and judgment.'"

Brown's remedy? Try practicing authenticity. Let others see you, exactly as you are, and let go of the protecting shield of perfectionism in order to express vulnerability.

"Authenticity is a practice and you choose it every day," she says, "sometimes every hour of every day."