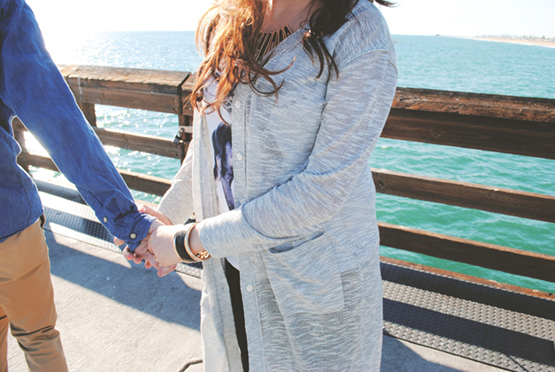 In our #howimend interview with Passion Co. founder Jessica Semaan, she gave us her take on modern dating in the age of Tinder: "Many men still want to court women. I think that's not happening as much, but it's still engrained. A lot of men need to go through courting to fall in love, but sometimes as women we forget about that." So, should we court or just be upfront? Is it a mistake to show interest in someone you like? A new dating experiment shed light on what to do the next time you like someone.

An Experiment in Speed Dating

In the experiment, University of Hong Kong and University of Toronto researchers sent male undergrads on speed dates with a female actress. With some of the men, the actress made clear indications of interest (e.g. smiling, warmth, more engagement). Meanwhile, with the other group of men, she played hard to get by sending mixed signals (e.g. interspersing clear interest with ambiguity, not being eager to hand out her phone number, etc.).

Did Playing Hard To Get Work?

The survey found that men were more likely to want to pursue her only when they selected the actress first from photos of possible dates. The really interesting finding is that while they wanted to pursue her more, they reported liking her less than the men who received clear indications.

On the other hand, playing hard to get backfired with the men who had been sent off to the speed date with no say in their date. Those men reported liking the actress less, as well as being less motivated to pursue her, when she played hard to get.

Should You Play Hard To Get?

So, if your only goal is simply to be chased, let their texts go unanswered, but know that things may change when the pursuit is over. If your goal is to be liked, show signals you're interested. There's probably a balance in how upfront you want to be, but research indicates skipping mixed signals will make them like you more. What a novel concept.

At the end of the day, here's what you should ask yourself: do you really want to date someone who likes the thrill of the chase when there are people who would like you more for being authentic?

Founder of Mend, the app that helps you through a breakup.