The latest idea of the ruling Polish party Law and Justice is to limit the term of mayors' office to two consecutive terms of four or five years. Studies have revealed benefits and costs of both: extending or limiting the candidate's term. One has been universally certain: the law cannot be retroactive. The proposal of the governing party, however, would exclude city mayors who, even before the introduction of the new law had held the office for at least two terms. Thus, the implementation of the idea would be a violation of one of the foundations of European civilization and legal culture - the principle that the law is not retroactive.

The ruling party proposes that the limit would take place "immediately", and include currently acting city mayors. As a result, in the coming local elections, out of a total of 107 mayors of big Polish cities and towns, as many as 66 of them would have to resign and never be able to apply for the office. Since out of 107 bigger Polish cities and towns, only 10 mayors belong to the currently governing party, the move is obviously designed to oust the popular city mayors with different party affiliation in order to promote their own candidates.

There has been an outcry of indignation in Poland. Many agree that this is not the beginning, but the continuation of a dismantling and demolition of a democratic legal system. It aims at disciplining the society into subjects of the omnipotent power.

As a mayor of Gdansk, I also openly, in public interviews, express my resentment. Let there be a two-term limit, but starting from the elections in 2018, and not involving officials, who had been already elected to their posts. They cannot be subjected to the new law, erasing the rules under which they had been put in office. We cannot stand idly watching how the ruling party (PiS) is dismantling the democratic institutions that we spent years building.

Struggle for democracy The world has heard and reacted to the previous, undemocratic actions of the ruling party, which has all but destroyed the independent constitutional judiciary in Poland (an equivalent of the Supreme Court in USA). There has been much talk about the protests and concerns of citizens, non-governmental organizations, the European Commission, the Venice Commission. Peace and Justice party, however, did not retreat and now, after legally doubtful appointment of a new president of the Constitutional Court, we can hardly see the guardian of the constitution in this institution.

This tribunal was a brake, protecting the state against the introduction of non-democratic change by the government. Today, this brake is gone, and authorities have no resistance or shame in introducing and voting in such ideas.

Results, not promises The thorn in the side of the authorities, the next target after the tribunal has been conquered, are now primarily mayors of Polish cities, popular leaders, who often remain in office for several years. It is the expression of confidence on the part of citizens to their local leaders, who skilfully use EU funds to develop a city entrusted to them. During the 18 years of my post as a mayor of Gdansk, my city has changed from the city undergoing tough transformation, into a thriving commercial and tourist centre and place of the development of modern industry.

These were the years of great infrastructure investments - new streets and tram routes were created, a modern stadium and a historical Shakespearean theatre built. Gdansk has become a thriving workplace market, attracting growing numbers of tourists, students, and new residents.

Despite fierce fighting, the PiS candidate has not been able to beat me in democratic elections. Voters made their decisions at the ballot box, on the basis of the quality of live in the city, and the speed with which their surroundings are changing for the better. Today the ruling party wants to take this right away from them.

It's as if the city authorities were being punishment for their success, for the experience gained, for the efficient implementation of the needs of the local community. It's a bit like arbitrarily prohibiting the professional and experienced dentist, lawyer, or an architect to do the job for which they were trained.

In Europe, there is no lack of mayors, whom people had entrusted with the function to act as their leaders for 3, 4 or even more terms. Herbert Schmalstieg was the mayor of Hanover for 34 years, from 1972 to 2006. Michael Häupl has been serving as mayor of Vienna since 1994 till today. The Hanseatic city of Lübeck has been enjoying the same mayor, Bernd Saxe for 17 years now. And in Hungary, whose practices are so dear to Polish ruling party PiS, there are city mayors with long experience. In Pécs - 12 years with a break between terms ruled Zsolt Pava, and in Szeged for 15 years - Laszlo Botka.

Limiting the number of terms may be a good excuse for incompetent politicians. They could say then: I would have achieved better results, but unfortunately, the law would not let me. You could see this approach in Mexico, where until 2014 a ban on re-election, even for another term, was active. As a result, elected politicians were often mere puppets controlled from the rear seat by hidden party leaders, hid in the shadow.

Perhaps Mr Kaczynski, who holds no official post, but micromanages all ruling party politicians, including prime minister and the country president from the shadow, favours such a model? 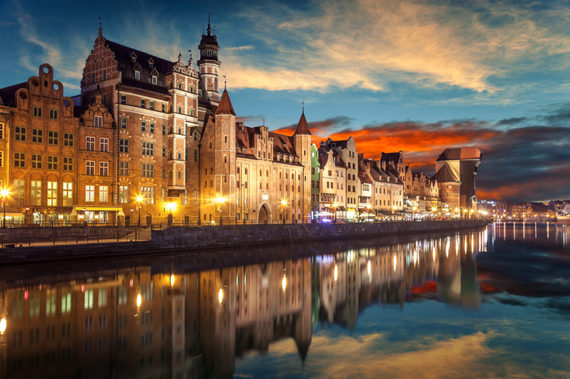