Maya Angelo, if you teach, you have to live your teaching

The current school system was developed by Horace Mann, which he called, " The Common School," later being called the, " Normal School." The purpose was to train factory workers, people that would follow rules, not ask questions, and move onto a new task when prompted by the ringing of a bell. Sound familiar? That's because the public school, is still following a model that was designed for the Industrial Revolution.

Seth Godin states, " We are unteaching bravery, creativity, and initiative."

Seven years ago I went back to school to earn my masters in Creativity Studies (basically this means that I was studying the psychology of creative thought, how we get ideas, and what kind of environment fosters creative development.) The crushing part of my research, was that the exact system that I was working for was destroying creative thought, with a noticeable decline starting in third grade. 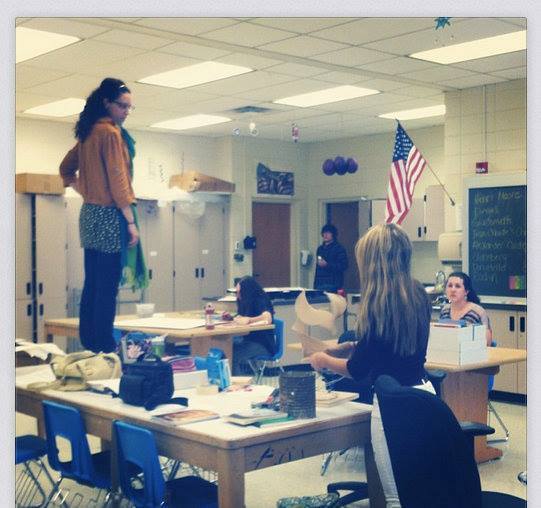 After realizing the creative decline, I quickly began to change everything that I had the power to change, hoping to help my students rediscover creative thought. I changed the way that I dressed, how projects were created and presented, the classroom environment, along with how I graded.

Paul Torrance, author of Education and Creativity, defines creativity "as the process of becoming sensitive to problems, deficiencies, gaps in knowledge, missing elements, disharmonies, and so on; identifying the difficulty; searching for solutions, making guesses, or formulating hypotheses about the deficiencies; testing and retesting these hypotheses and possibly modifying and retesting them; and finally communicating the results" .

The problem with change is that the people that run schools and make decisions about education, don't like it, in fact they hate it, they strive for mediocrity. They're interested in test scores, rule followers, and how things look on paper. They are not interested in people asking questions or trying new things. My drastic changes started to land me in the principal's office. Far too many days began with opening my email to see the subject line, please see me,

the body of the email left blank.

I was asked to have less goals, which resulted in me creating more goals ( I'll let you guess how that one turned out). And when questioned as to when I would get over my "creativity kick." ( remember , I teach art, so I always have been and always will be on a creativity kick. I began to imagine him asking the math teachers when they would get over numbers. I"ve also always wished that English teachers would stop using so many words and teaching about sentences, and when in the world are they going to stop using...... English. ) I was left with my head spinning and hands tied, unsure of where to go next.

Just in case I wasn't getting the message, I was repeatedly reminded that I taught an elective that could be cut at any time, and instructed to be thankful that I had a job. (Thanks for the pep talk) The implication was that if I didn't stop asking questions, and pushing back against the system, they would cut my position if necessary in order to get rid of me. At the same time, they told parents and students that they valued the arts. ( if you want to get called down to the principal's office all of the time, here are some great questions to ask to find out what the school really cares about)

Flash back to my high school days of playing basketball for Conestoga Valley, after losing a game, the other team blared the song, "Another One Bites the Dust ," by Queen . Suddenly I heard that song playing over and over in my head.

I did what most people do after being at battle for 5 years. I fell apart, got sick, retreated, and waved my white flag of surrender. However, I stayed for another 3 years, because I was afraid to leave. How could I walk away from what I always wanted to do , how could I continue to share my love and passion for art with students, and how would I pay my bills, these were questions that I spent the next three years answering.

I still don't have all of the answers, and there are days that I feel like I'm jumping off of the edge of a cliff without a parachute. 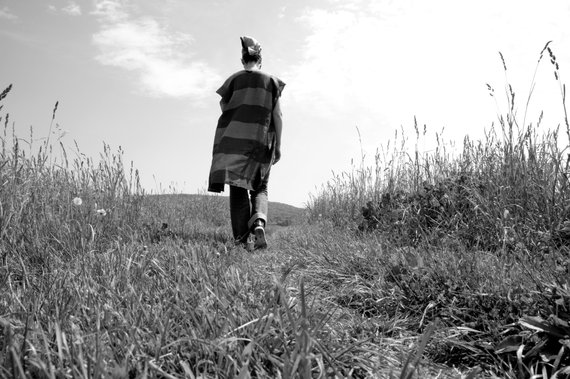 While I am walking away from an ever more broken system, I am not walking away from teaching, inspiring, and sharing information. ( I hope that you're understanding, that while I don't think that the public school system is teaching students what they need to know, I don't want the system to go away, but I do strongly believe that it MUST change. I believe in the importance of knowledge and of education for everyone.)

I am on a journey of rediscovering my voice and reinventing education, join me.