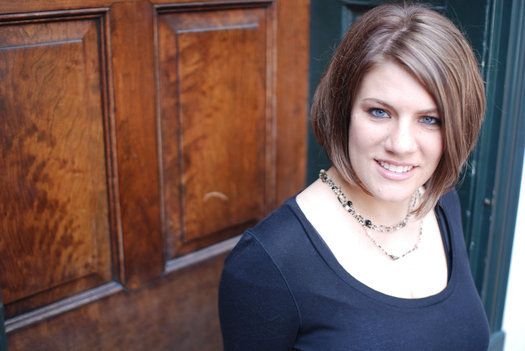 When the press for Rachel Held Evans' new book, Searching for Sunday: Loving, Leaving, and Finding the Church (2015), started to roll out hints that Evans had "exited Evangelicalism" for the Episcopal Church, I yawned. I think Evans is great -- I don't always agree with her, but I appreciate what she brings to the table. I think she gives words to a lot of thoughts and feelings that Evangelicals are not given permission to think and say, to work out for themselves, but is it news that Evans has "exited" Evangelicalism? Hardly.

Evans denies that this is even what she has done, stating that "It's not about rejecting your background, just about finding your own way," and that she could no more leave Evangelicalism than leave her family. Her statements, even her actions, are not particularly unique for her age group. Many Millennials have left the Christian Church (and with it, "Christianity" altogether), but the Barna Group and Pew Research Center would have you believe this is their fault -- that Millennials (and their younger and "self-entitled" siblings, the Hipsters) are prone to abandoning careers, marriages, and even faith communities when things get tough. Millenials, they say, have abandoned responsibility of every kind, "tuning out" in a way that Reaganomics prevented their parents from doing.

Having worked with churches and religious non-profits for over a decade, I've never been convinced of Barna and Pew's conclusions. I think they offer statistics worth noting, but prognosticate with heavy bias and conclusions that -- for the decade I have been aware of them -- never quite come to fruition. It's handy for me to say, "Statistics can be read any way you want," but that is often a trite, encyclical way of dismissing hard realities. Christianity just isn't interesting right now and rather than punctuate that young adults, Millennials, and Hipsters are exiting the Church, wouldn't it be more honest to add "for something better"?

Evans, again, has chosen to move towards the Episcopal Church. I made that migration myself over a decade ago, so again, I'm entirely sympathetic. I appreciated the "communion" I found among octogenarians outside of New Orleans. I respected their adoration of a non-sexy, non-boisterous, non-neon Jesus. I found solidarity with other Episcopalians, other Anglicans, in a liturgy shared among the living as well as "those who have gone before [died]." But more than that, I found hundreds of similar-minded individuals who had "left the Church" for something better.

I don't think it's a stretch to say that many other disenfranchised Evangelicals have made the same choices that Evans has because they have rejected the capitalistic commercialized Christianity of the post-Reagan Era. This is, I would argue, entirely the fault of an aging leadership among Evangelicals who have disengaged because the Middle East is too violent, Communism too evil, and the local poor too threatening to their hard-earned retirement. While Evans migration away from this kind of Evangelism is not news (rather, it is evidence of a strong advertising campaign that has painted her as a misunderstood victim), it is deeply disappointing that mainstream religious news sources and left-of-center bloggers have focused on her and adopted the same practices of the system they have rejected -- finding a "celebrity" who uses words they have already spoken as confirmation of feelings they have already expressed. Nothing new under the sun.

The great challenge for disenfranchised post-Evangelical Christians remains "where do we go from here?" This question has plagued them for over a decade, just as it has plagued cultural, racial, and religious groups since time immemorial. In a context where apathetic "keep scrolling" has become the response to trauma and disaster, it is no wonder that those who share Evans' experience run in circles around this question only pausing to devote energy towards cheering one of their own, Evans, for in doing so, they cheer themselves. In a sense, this confirms the criticism against Millennials and Hipsters. They look for "safe" voices who congratulate them for thinking and feeling a certain way -- a self-entitled religiosity that flirts with asceticism, even Gnosticism, as it broods over disappointments, wagon-circles around certain "exiled" voices, and grows silent on the very issues it wishes the Church would address like genocide, war, systemic poverty, competing economic systems, financial collapse both foreign and domestic, personal responsibility and accountability, and human trafficking.

This is not uncommon. In fact, religious movements see tides of interest, priority, and relationship change over time as one would expect from any social group. It is not, as Barna and Pew would have us believe, indicative of disinterest in religion or a "decline" in Christianity. Rather, it indicates that the average believer is no longer interested in Your Best Life Now during socioeconomic disparity, living a Purpose Driven Life in a world aflame, or 7 Steps to This Weeks Trend. Their interest lies elsewhere. For Evans, this "exit" from Evangelicalism should be a wake up call to the leadership that they are the ones who have lost the central message of the Gospel. They have marginalized believers who are actually interested in fundamental and historic strengths within their faith, who are invested in living into the future within a strong, robust, and healthy tradition, and seeking depth of theological insight that shames televangelism.

In parallel to Christianity, American Judaism is making strides to consciously decouple from Zionism. Western Islam is seeking to distance itself from the harsher edges of their beliefs. Scientology is seeking to get past its own hype and the excesses of key figures in their hierarchy. Catholicism, under Pope Francis, has put social justice and compassion at the forefront of their message. Yet Evangelical leaders, clearly out of touch with their parishioners, continue to question the role of women in leadership, push political interests rather than local responsibility, and shame personal sin rather than acknowledge complicity with long-standing systemic evils in the world. In light of this, again, Rachel Held Evans migrating from Evangelicalism is not news. In fact, she's rather late to the game.