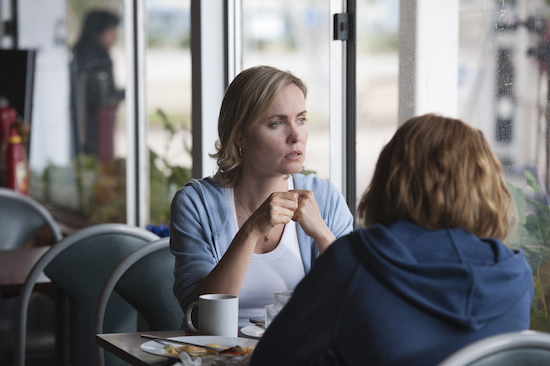 In her director's statement, Australian filmmaker Sue Brooks writes "if you believe people shape their own destinies, this isn't a film for you." In fact Looking for Grace, which after screening in Venice moves on to TIFF this week, takes the audience on a series of journeys that still make the little hairs on my arms stand on end. Yes, I am thinking about the film, nearly a week after watching it.

The idea that our biggest tragedies, or our deepest successes have very little to do with what we do, is something near and dear to my heart. It's a concept I think about often, after a personal life changing experience that still today, more then three years later, I examine and rework in my mind, without finding the answers. Then for me, and every day for all of us, what happened was a combination of a perfect storm of circumstances, choices made by those around us and what the world conspires to destroy or help create. In Looking for Grace, I not only found through the director and writer of the film Sue Brooks, a graceful new way of looking at life, but also embarked on a journey through a world of characters that feel very familiar.

So it was a real pleasure to sit down with Brooks and her two leading ladies, Radha Mitchell and Odessa Young, in a suite overlooking the sea, which lulled us with its gentle sound just in the background. While #WomanWithACamera was trending on Twitter, I felt proud to be a woman and it felt possible to do just about anything, sitting across from such a great combination (and collaboration) of beauty, talent and courage.

Sue, when you write do you see yourself in one specific person or are there parts of you in every character?

Sue Brooks: A lot of it is stolen from my life. There are bits and pieces of my mother and my father and my relatives in there, and friends. But I write with Alison [Tilson] who is the guru of writing and she encourages me to do this process where you don't plan so much what you are writing but you make yourself available to the process. You just sit down with the material and say "you tell me, I'll type it". That's on a good day, on a bad day you have to keep forcing it. And some of the stuff I like the most in the film, I have no idea where it came from. Some of the stuff I dislike the most is when I was being told to sort of make it more something else, and I forced it, and they are the moments where I cringe.

Radha and Odessa, how long did it take for you to prepare to be mother and daughter?

Radha Mitchell: A week, I think...

Odessa Young: We had a very intensive rehearsal session.

Radha Mitchell: We both flew into Perth where we were shooting and started shooting a week after. There were a couple of sessions of acting workshop work, not really talking about the script. Doing something more subconscious.

Odessa Young: And we've got naturally some things in common which helps. 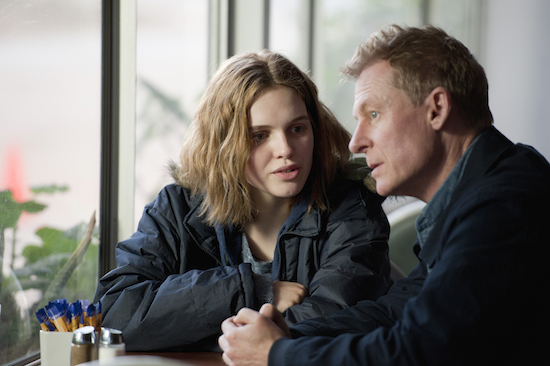 Odessa Young: The way we work on roles and Radha and I have started our careers in similar ways, and we've got shared experiences. That helps to create an affinity between people.

Radha Mitchell: I don't think the roles necessarily speak for who we are, but there is an energetic synergy. And that's the magic of casting and Sue's talent.

Odessa Young: Yeah, Sue's a bit of a genius in that way. It speaks also to how she wrote the roles, she's got an inherent understanding of human nature and how people interact with each other.

Radha Mitchell: Even in the crew, she had people who understood each other without too much explanation or too much discussion about it.

How do you feel about being one of only two women in the Competition here in Venice? 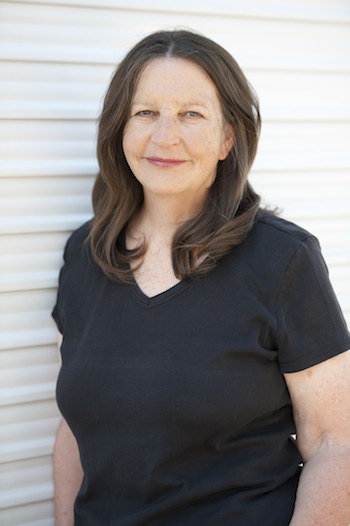 Sue Brooks: I think a lot of things about this and wish I could come up with a really good answer. I think it's exciting, and I'm pleased and proud but I wish I wasn't. I wish I was here and there were only two men and we were going, "wow, there are so few men, what's the story?!" I lived through the second wave of feminism when we thought we were going to be able to change the world, and here I am, decades on and nothing has changed. It's just shocking really! I don't think it's the film festivals' problem, I think it's a financing problem and I think the financiers don't know how to read women's work, they are just not comfortable with women's work. That's the problem.

Do you think audiences are to blame?

Sue Brooks: No I don't. My experience is that when we can actually get to an audience we do pretty well. I think critics can be really bad. I think some of the critics can be really brutal, like "what was that?! Ah forget it!" and they walk away from it. Instead of going ohhh, this is something slightly different, lets see what they are trying to do.

Because most critics are men!

Sue Brooks: Well that's one of the problems. And why is that? That doesn't make any sense!

As critics, women have to be twice as good to get picked a quarter of the time.

As actresses, what do you do to prepare and who are actors who inspire you?

Odessa Young: I'm still working it out, I kind of just do, read the script and find little things that inform me.

Radha Mitchell: On the way over I was watching Peter Sellers and it was interesting to watch him because he was pretty much in a dramatic role and he was playing this autistic character. I like watching Peter Sellers recently and he's such a different actor to myself. He built characters whereas most of my work has been naturalistic and intuitive without a lot of intellectualization. I think that would be an interesting direction to go, to get more theatrical, but that hasn't been part of my toolkit yet.

Your story snowballs from small to big, and we watch it being told from different people's perspective. How did you come up with that concept?

Sue Brooks: Snowball is a good word! It's a personal obsession of mine, the fact that people, even those who are really close, can have different experiences from one event. I find that fascinating. It's a thing about life, it's interesting but for example if we weren't being rushed through this whole interview process, I would have a lot of pleasure in finding out what our stories are. What brings you to this moment and what do you take from this moment and where do you go to after. I always find it interesting what happens outside the door. I love that kind of story in Rashomon and Short Cuts and Magnolia and an earlier TV series called Talking to a Stranger. It's a personal passion of mine.

Radha and Odessa, if you had to describe Looking for Grace in one word, what would it be?