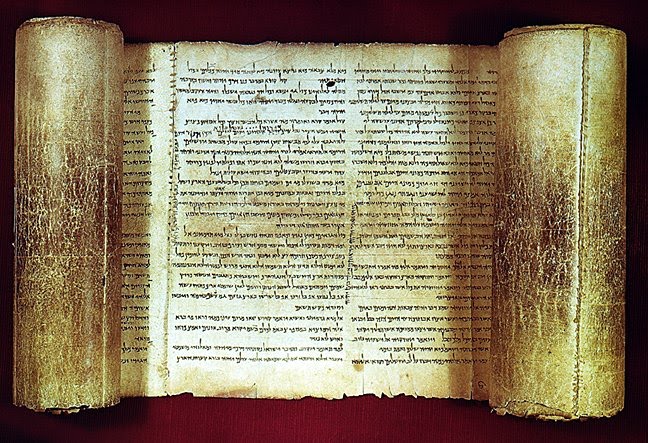 Bill Nye, the Science Guy, is right to say that the Bible is not a science textbook. It is a collection of religious writings from a small ancient Middle Eastern country called Israel. The Old Testament (or Hebrew Bible) consists of many different texts, written between roughly 1000 and 100 B.C., by a variety of authors, who often disagree with each other on issues of religion, philosophy and politics. The stories of creation in Genesis are derived from older oral traditions, some of which have roots in Canaanite and Mesopotamian traditions. The cosmology of the Bible is a product of the Iron Age, not the Computer Age.

Why, then, should we still read this book, if many of its ideas about the world are outmoded? Well, lots of people believe that we shouldn't read this book anymore, since many of the things in it are old-fashioned or didn't really happen. But I think that the test of historical or scientific accuracy is overrated. Even if some of the stories in it didn't happen, the Bible itself -- as a central influence in western culture -- did happen. This book has long been a central icon in western culture, and continues to be a source of controversy, belief and honest searching today.

If we think about the book of Genesis (which I enjoy doing), it is worth remembering that many aspects of our laws and culture are rooted, directly or indirectly, in debates about the meaning of Genesis. The Civil War, for instance, has been described as the result of a crisis in biblical interpretation, in which the biblical position on slavery -- for or against -- was settled at the cost of massive bloodshed and trauma. Slave owners used a (mis)interpretation of the story of Noah's curse of Ham to justify slavery.

But the last and best word was spoken by Abraham Lincoln, who referred to the Garden of Eden story in his Second Inaugural Address: "It may seem strange that any men should dare to ask a just God's assistance in wringing their bread from the sweat of other men's faces." In Genesis 3, God says to Adam: "You shall eat bread by the sweat of your face." Lincoln relied on Genesis to say that slavery violates this rule of the human condition. Lincoln was thinking with and through Genesis, consulting it as a register of cultural and religious values. And by invoking Genesis, Lincoln sounded the mystic chords of religious memory, which bring a larger vista onto daily reality.

This is why we should still read the Bible. It's not a newspaper or a history book or a science book. But it is a book that lies at the heart of western culture, and it still has a claim on us, whether we believe in it or not. We still define ourselves and our world in relation to it. Even if we reject it, we are taking a stand and acknowledging its presence. It's like the 800 pound gorilla in the middle of the room. You can try to ignore it, but you still have to walk around it.

In recent times, religious conservatives have claimed that their interpretation of the Bible is the only valid one. This is incorrect. The idea of biblical inerrancy is a relatively recent idea, an anti-modern reaction against the rise of science and biblical scholarship. It's time to reclaim this book as a cultural icon that belongs to all of us. It is still our root and branch, a book of magical realism in whose shadow we still dwell.