When asked whether the respondent hoped there would be a female president, only 16 percent of GOP men and 20 percent of Republican women said yes. Could it be because of Sarah Palin?

Over the weekend, Sarah Palin delivered a rambling, incoherent speech at a conservative forum in Iowa, panned by conservatives as much as liberals. Some blamed it on a faulty teleprompter. But that's ironic because Sarah Palin has been making a living slamming President Barack Obama for having a teleprompter. Democrats sent her a thank you for the speech. She must have forgotten to write her speech on her hand. Those who live by the teleprompter joke die by a teleprompter fail. 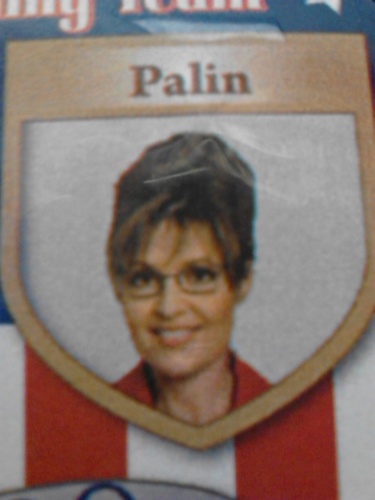 When we look at all of the GOP women that the party has shined the spotlight on, it hasn't been encouraging. There's been Palin, of course, who started out looking like a great candidate, only to unravel under such withering questions as what books or newspapers do you read.

And then there's newly-minted Iowa Senator Joni Ernst, whose homespun SOTU response focused more on highlighting her poverty-stricken upbringing. But those proud "breadbag covered shoes" and self-reliance clashed with stories of huge family farm subsidies and Koch Brothers donations. The speech offered few specifics about what Congress may or may not do.

It's no wonder that so few Republicans (male or female) want a woman in the White House, while so many Democrats, and nearly half of all independent women, do.

Few mentioned former Hewlett-Packard CEO Carly Fiorina, a former California candidate who has business experience and gave a good speech at the Iowa Freedom Summit. If you like Alaska women, there's always Senator Lisa Murkowski, who won as a write-in candidate after a TEA Party insurgency dumped her from the GOP ticket. Could you name the Washington congresswoman who gave the response to Obama's State of the Union address last year?

And what about New Hampshire Senator Kelly Ayotte, who won in a blue state? What about New Mexico Governor Susanna Martinez? What happened to Arizona Governor Jan Brewer? Could North Carolina Congresswoman Renee Ellmers get some positive coverage from her party, instead of attacks over seeking a balance in the abortion debate? The only time we hear about Condoleezza Rice is when it involves the College Football Playoff system. Each would run well against Hillary Clinton, and do a good job in the White House.

It could be that Republicans fear a woman winning the White House not only because of the poor quality of GOP women that have thrust into the spotlight, but they fear the first female to occupy the Oval Office will be former New York Senator and Secretary of State Hillary Clinton, or scrappy Massachusetts Senator Elizabeth Warren, the darling of progressives. With a new woman at the helm of the Federal Reserve, House Democrats and possibly the Justice Department, Democrats are seeking to promote women to positions of managerial power, not just push them to the podium.