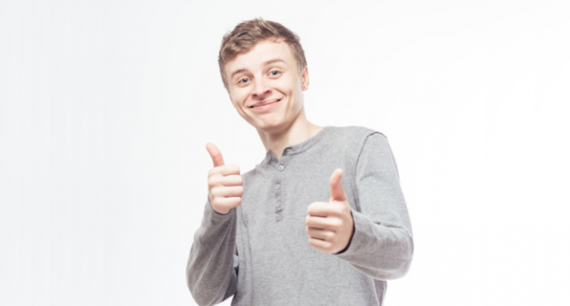 I used to know a guy -- we'll call him Sam -- who always agreed with everything the CEO said or did. He loved the CEO even when she was nasty or very, very wrong. He was a Yes Man. Every organization seems to have at least one.

Sam was sailing along just fine until something unexpected happened -- the company was acquired. The executives at the acquiring company carefully considered each employee and their role to determine how they would fit. In the end, Sam was not considered a key player, and he did not receive a meaningful role at the new company.

This is why Sam the Yes Man did not get the big job or retention bonus he expected.

What kept him from getting paid for his loyalty? After all, Sam learned long ago that the best way to climb the corporate ladder was to follow along dutifully and never make waves.

What Sam did not understand was that the new company was not looking for Yes Men. They were looking for people with strong character, who could stand on their own and be bold.

You might know a guy like Sam at your own workplace. In fact, you might even be that guy. You follow along in lockstep with the boss, never disagreeing with her. You see it as the safest way to advance your career and get through life unscathed.

The trouble with being a Yes Man is that you do not bring anything new to the conversation. You do not stand out when it matters. If the boss disappears tomorrow, you might as well too, and no one would know the difference. And more likely, they would celebrate your disappearance.

If you want to get paid, you need to be the one who shows initiative. You must become a person who knows his own mind and follows it.

Here are some important first steps you can take:

Speak first
Yes, it takes courage to be the first one to speak up in a group. While everyone is fretting about what they are going to say when it is their turn, you can start the conversation and set the direction. Speaking up first shows that you have confidence. Find your voice and use it.

Be bold
We are often told at a young age that it is best to not challenge authority. However, companies look for people who are not afraid to disrupt the status quo and share their creative ideas. That is how great companies innovate. Someone has an idea that is so crazy that it just might work, and they have the guts to bring the idea forward. Do not be afraid.

Be transparent
The world has enough posers and pretenders. Do not pretend to be someone you are not, or borrow someone else's views. Be yourself and let your own views come to light, even if they are controversial. Do not worry so much about the consequences.

Being the Yes Man is never a safe career move -- in fact, it is the opposite. When you decide to play this role, you cede your control to someone else (who may or may not know what they are doing.) If they go down in flames, you are going down right with them. That's bad, but what it does to your self-esteem is worse.

When you go through life as the Yes Man, you not only lose the respect of others, but you lose respect for yourself.

Companies that innovate need more people who will dare to step out of their comfort zones and share their creativity. Go ahead. Shake things up. Surprise them, and surprise yourself with how bold you can be.

Have you ever known a Yes Man? Where did he go wrong?