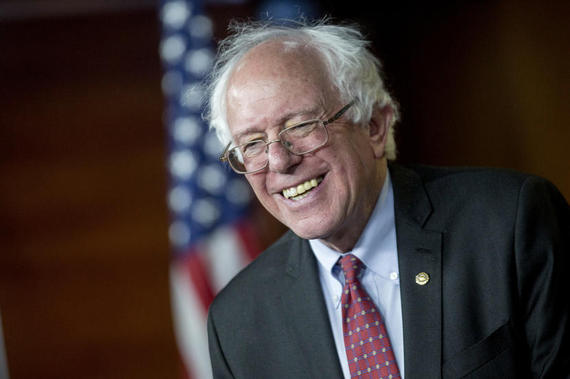 I don't talk politics. I never have, I never thought I would, and as a spiritual writer and coach, I certainly never imagined I would be writing about it publicly. But this isn't our usual presidential debate now, is it?

I have heard a lot of views from various voters, and from various candidates. I have seen the facts, watched the rallies, and read comment after heated comment about who should win, who is best equipped, and why. And while campaigns are notorious for being dirty and below the belt, this campaign has been one of the worst in our history. But there is one point of few I have not seen, heard, or felt in this heated campaign, which I believe is the most pertinent to not only our country, but to ourselves, and that is the spiritual side of this campaign.

It may seem ludicrous to bring spirituality into the debate, especially when people are doing everything to separate church and state, but I'm not talking about one Religion, or even one nation under God. I'm talking about the spiritual progression of this country.

One definition of Spirituality is:

"An individual practice that has to do with having a sense of peace and purpose. It also relates to the process of developing beliefs around the meaning of life and connection with others."

When defined in those terms, doesn't it seem critical to vote for someone who embodies that definition? Isn't this the type of integrity we should want from our political leaders? When voting for our next president, we value facts, polls and statistics. We ask how equipped they are to deal with foreign policy, or focus on their views on guns. And while those traits and opinions are important, shouldn't we also be asking how moral of a person they are?

In many ways, our government is like a corporation; a faceless business whose purpose is to divide and conquer, and only benefit themselves. We are not connected as a country and our government is doing nothing to promote our unity. The result of this is clear when we watch the current presidential debates, and see just how separated we are as a nation. In the last few months we have begun turning on each other in a fashion that is being compared to Nazi Germany. The fear, racism, resentment, hate, and blame, that have arisen during this time, is alarming and downright saddening. But that is the way our government is structured. It's every man and woman for themselves, and when we struggle and do not get results from our faceless government, we turn and blame our neighbors. This current campaign has made this all too obvious, with candidates blaming others such as Mexico, Muslims, and gun owners for the problems in this country, and voters are eating it up and spitting venom back out.

But every so often we have someone who comes along whose goal is to provide for The People. They strive to make a difference, bring us together and change the course of this nation, which is in dire need of a makeover. And for our generation, that person is Bernie Sanders.

If we refer again to the previous definition of Spirituality, it focuses on connecting with others. It's a place of peace. A place where we stop blaming others, take responsibility for our situation, and grow together. What Bernie Sanders is attempting in this country, is the same foundation as a good spiritual practice. Instead of pointing fingers, Bernie Sanders is saying, "We're all in this together." One of the most empowering quotes I have ever heard from a politician, was from Bernie Sanders when he said:

"Everybody practices religion in a different way. To me I would not be here tonight, I would not be running for president of the United States if I did not have very strong religious and spiritual feelings. I believe as a human being that the pain one person feels- if we have children who are hungry in America, if we have elderly people who can't afford their prescription drugs- you know what, that impacts you, that impacts me, and I worry very much about a society where some people spiritually say, 'It doesn't matter to me, I got it, I don't care about other people.' So my spirituality is that we are all in this together. And that when children go hungry, when veterans sleep out on the street, that impacts me. That's my very strong spiritual feeling."

This is what spirituality is about! It's about doing what is best for The People, and operating with that intention in our hearts and minds. Bernie Sanders' goal as man, and as a president, is to not only care about this country and its citizens, but to motivate us to feel passionate about each other as well. While other candidates are inflating their pockets, or egos, Bernie Sanders has continuously walked the talk and been a voice for The People, who have remained voiceless for so long. Instead of breeding hate, fear, and anger, he's speaking about love, and inspiring people to care. Similar to great leaders like Martin Luther King Jr., who Bernie Sanders marched with, he has a dream and vision for this country where we are united and motivated to want more for our lives and the lives of our fellow citizens. And while some of his proposed changes will direct us into a new transition from our current situation, which to some seems like pipe dreams, most great leaders have had to do exactly that same task.

In our history, we've had some innovative presidents who have been pioneers for the evolution of this country. And while we may look back now and see their successes, we do not truly grasp how incredible their wins were at the time. But without the support and vision from The People who voted them into office, they would never have been able to make the changes that, in the end, proved to be best for this country. Abraham Lincoln was not the popular vote at the time, in fact he lost the presidential campaign eight times before finally winning. Many voters did not agree with the direction he wanted to take our country. After his victory, he worked to abolish slavery which not only changed the lives those directly affected at the time, but the future course of our entire nation. By serving the people from a deeper place of his heart, and soul, Abraham Lincoln has become one of the best, most loved and respected presidents in the US history.

We have the chance now, in the present, to elect someone with the same heart, soul, and integrity as Mr. Lincoln. This is a pivotal time for our country, and our consciousness. It is up to us, The People, to decide right now: Do we want to continue living in fear, blaming our brothers, sisters, and neighbors for the sole purpose of benefitting ourselves? Are our personal agendas the most important goals in mind? Do we want to continue living filled with hate, finding enemies where we could find friends?

Or are we ready to come together, to recognize the divine in each other and reach a higher level of consciousness by electing a man who believes in us? In spirituality, if you want to see a difference, you have to do something different. Bernie Sanders is offering that opportunity to us as a country. We have a candidate who is extending a loving hand and saying, "We are all in this together."

Is America ready to take it?