Knope could not persuade the public to adopt a scientifically sound water bill because her scientific facts were "too boring." In the end, in order to the win the vote, Knope, with the help of hype man Tom Haverford, had to play hip-hop music and spin a story that made her idea more fun. 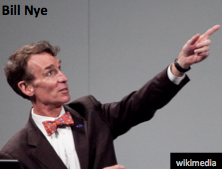 This fictional example reveals a real but unfortunate truth: Data does not drive people -- fun, emotions and engaging narratives do. In an ideal world, we would not need people like Parks and Recreation's Haverford to play hip-hop music and flash lasers to accompany scientific charts. But we don't live in an ideal world.

We live in a world where we need people like Bill Nye to get up and be scientific, but also be silly and fun. As a scientific community we must understand that science needs to be fun and emotional to move nonscientists and influence policy and, on occasion, to get needed funding for research.

To illustrate this point, ask yourself: Are there any successful aquariums without gimmicks like a shark tunnel or air and space museums without IMAXs? No, because in reality these place would go out of business immediately -- most people would not voluntarily pay to visits places that only educated them.

In working with science museum staffs, I've discovered museum staffs are smart and, most importantly, practical. They know their two main goals are to educate and to encourage guests to be good stewards of the planet. But to reach these noble goals, they realize they must put the goal of "fun" first.

It may be unsavory, but it's necessary, and not only with schoolkids but with adults, businesses and policymakers. Famed author Malcolm Gladwell has made a career out of making scientifically inspired ideas fun and emotional and, in doing so, been able to influence many.

Recently, my fellow scientists at Indecision Blog and I asked Gladwell, "Based on your success with influencing policymakers and businesses leaders, what advice do you have for scientists like us trying to influence those same people?"

His answer boiled down to just two words: "Tell stories."

Gladwell said it was "an obvious answer" but a fundamental strategy to having influence.

It all just means that when good science is produced, that science needs to be better communicated to nonscientists. That is all. 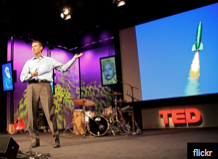 Today, many scientists fear "headline science." In almost all fields of science, some journals and scientists have published sketchy results because the results have had good news headlines. On top of this, many "pop science" books have flaws or gross simplifications. Accordingly, many scientists cringe at the idea of communicating in a "fun" and "popular" way. As a result, they reject the whole enterprise of popular scientific communication.

However, there's a difference between producing bad science for the sake of a good story and producing good science but never communicating it with a good story. The first is a sin of commission (doing something wrong) and the second is a sin of omission (failing to do what's right and necessary).

Unless good science is communicated with good stories and fun, then the public will only pay attention to bad "science" (like the TV show Ghost Hunters) and politicians will only listen to ideological arguments free of data.

Science is a service. It is done for the benefit of humankind. If the ideas of science never influence the public and public policymakers, then science has not succeeded.

And if "mattering" means we need a few more Tom Haverfords dancing around scientific charts or a few more Bill Nyes sporting bow ties, then so be it. Science is meant to change the world, not just entertain and please the minds of a few intellectuals. 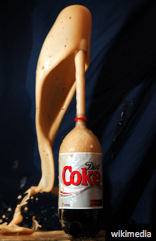 Troy Campbell is a researcher at Duke University.

He writes for the Center for Advanced Hindsight and Indecision Blog where he tries to make science fun and accessible.