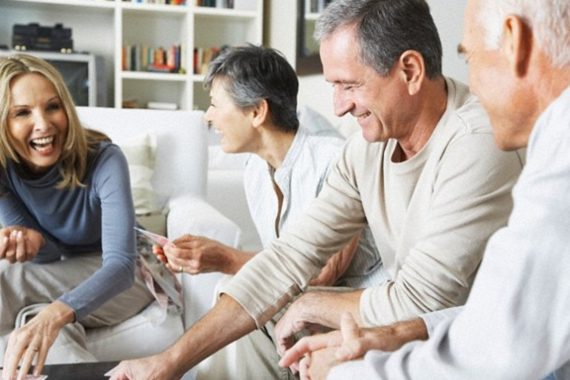 The happiest people, of any age, are 58-years-old, according to a Daily Mail survey. That's because they are "the highest percentage of people (who) were happy with the balance of work and leisure, as well as feeling good about their lifestyle."

When it comes to well-being, on a scale of 1-10, as people age, our well-being quotient rises with our age, climbing to its highest levels when we reach our 80s and 90s, according to Nielsen. Dilip Jeste, director of the UC San Diego Center for Healthy Aging and senior author of the study states that "people who were in older life were happier, more satisfied, less depressed, had less anxiety and less perceived stress than younger respondents."

Ever wonder why older people's brains are slower than younger folks? It's simple, really, according to researchers at Tübingen University in Germany: They know more so they have more to process. "The human brain works slower in old age but only because we have stored more information over time," lead researcher Dr. Michael Ramscar asserts. 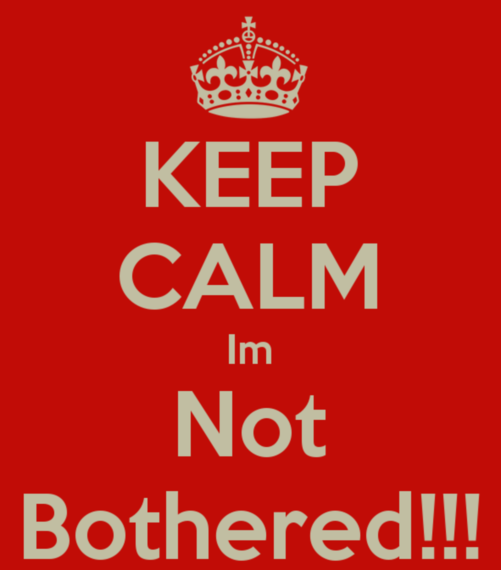 3. We are not bothered by life's little things.

We just don't let things get to us nearly as much in our second half of life versus our first. That's because we get that life's little things are just that -little- and that the big picture is, and should be, positive.

Gail Sheehy, in her book Sex and the Seasoned Woman wrote the following: "The middle years, between 50 and 65, constitute the apex of adult life... for women, the passage to be made is from pleasing to mastery." The National Survey of Sexual Health and Behavior discovered that 71 percent of 50-somethings surveyed -- higher than any other age group -- said their last sexual experience resulted in an orgasm.

So what about men, you ask? Well, it turns out that "men in their 50s enjoy sex almost as much as those in their 20s," according to Live Science News. Ba-da-bing. 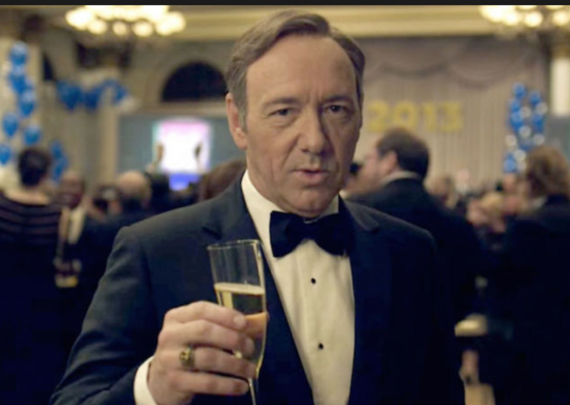 5. We have more money to do stuff.

Old money means just that: Older folks just have more money than younger folks, generally. Why? They've had time to save more over a lot longer period of time.

If you're over 62, your odds of having at least $1 million in net wealth (your total assets minus your total debt) are relatively achievable -- about 1 in 7," according to The Washington Post. "But if you are under 40, your odds are low: 1 in 55."

Those of us still in the working world spend seven hours, or more, each day, working. But if you are lucky enough to be able to retire, then "people ages 65 to 74 spend an average of about seven hours per day on leisure activities," according to the American Time Use Survey.

What does this freedom do? It makes people, well, happier (see #1 above). With more free time to explore and do things, those of us in our second half of life are less depressed than our parents, or grandparents were before us.

"Some evidence suggests that life today also really is easier for older folks than it used to be; one study found that depressive symptoms in late life have declined from 1998 to 2008," according to Time magazine.

Sadly, younger adults are moving in the opposite direction. Time reports that the youth "seem to have more depression and anxiety than youth in recent decades." 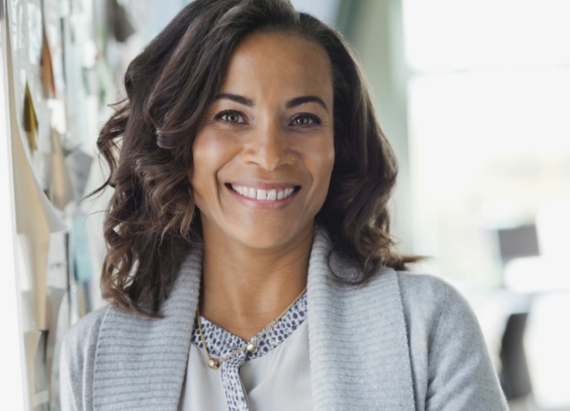 7. We are more comfortable in our own skin.

I don't know of any age group of women more comfortable in their own skin than women in their 40s, 50s, and 60s. A woman, at this age, is hitting her full stride, moving through life in total command of her body, mind and soul. Her career is going at full throttle. Kids? They are either out the door or soon on their way.

Who are these "Confident-in-her-own-skin women" among us? They are, frankly, everywhere. If you have any doubt, whatsoever, than take thee, any day, any time, to any SoulCycle, Pilates, yoga or CrossFit class. There, you will meet, more often than not, one of these Confidents who are not only leading the pack (churning those pedals or squatting their own weight), but who are often leading the class itself.

I know about this, first hand. I've dated 'em. Take Nikki P. of New York City. She's 54 and she works out -- every single day. She looks half her age. And don't take my word for it. Ask the bouncers who card her at bars. Or ask her daughter who steals her mom's bikinis because they're sexier than her own.

8. We believe in ourselves.

In your own personal My Third Half, you get to be, and do, whatever the hell you want to be and do. That's right. It's your time, and no one else's. My father-in law, also a Jack, often had his family and friends complain about the fact that he couldn't hear what they were saying. You know what? He didn't care. That's because he said that he didn't need to hear everything that everyone was saying. And that was that.

The famous temple of Delphi in Greece has this inscription carved in its sanctuary: "Know thyself and nothing in excess." That's what I think is the best definition yet of what wisdom is. And scientists have concluded that older people are "wiser" because their brains have slowed down to a point where they can reflect better, and thereby be better decision makers than their younger brethren, according to the Daily Mail, which lead to this headline: "With age really DOES come wisdom." 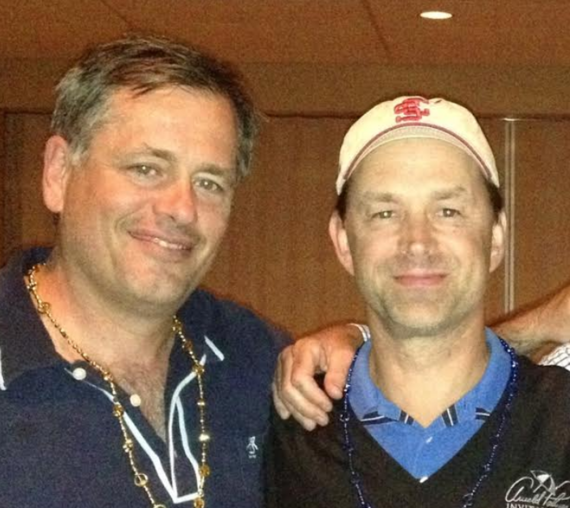 9. We have the best friends.

The older you are, the clearer it is who are, and who aren't your friends. Our best friends are those who stick by us, through thick and thin. If you've lived long enough to make it into the second half of life, well, you've slogged through your share of muck, and you know that those who love us the most are those who are right there in the muck, beside us, pulling us up while we are mired down by life's slings and arrows. They are our one and only besties.

As for those who weren't there? Get rid of 'em. And you can. That's because a friend is a voluntary choice, someone you choose to be with (versus your family). Once you clear your friend barrel of all your bad apples, though, you are left with the golden fruit of lifelong friends. And, as we all know, that fruit is love, which just keeps giving, giving, and giving. What a blessing best friends are, and continue to be, throughout our lives.

I've known Phil, one of my best friends, since I had one of my first memories. I saw him in my playpen, when I was six months old, and wondered what the heck was that "thing" standing next to me.

Phil is still standing, right there, next to me, 57 years later.

My dad, whose 83, has been a lifelong Christian his whole life. He was raised Episcopalian until my mom made him convert to Catholicism, which he had to do if he was ever going to get a chance to have her walk down the aisle to him.

Seven kids later, and 40-plus years working for one company, DuPont, as a chemical engineer, Dad is retired in Florida. His mind never stops. He reads constantly, and he continues to explore life's wonders. He still believes in God, but he's also a scientist, and so, at times, grapples with the difficult question about how one great and all-powerful Being can supervise a place -- the universe -- that, we know today is at least 93 billion light years across with two trillion galaxies in it. There's one thing that Dad really gets, and has taught me, which is we have to accept, and embrace, that we are just a teeny tiny, itsy bitsy mini, mini micro minute part of it. That's the big picture.

Here's the real kicker: That's what makes us so great -- that we get to be a part of something so grand. It's what makes our second half of life so sacred, special, and better, indeed.

Writer, Director, Producer, Attorney and Founder of The Farm