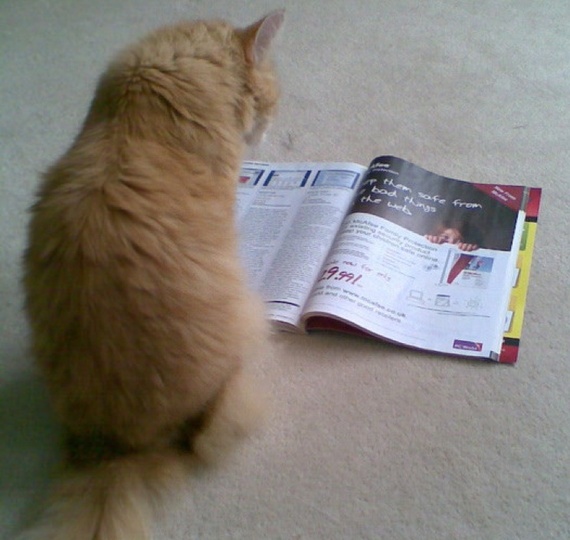 For decades I was a great advocate of self-improvement. From 1980 to 2002 I single-handedly supported the entire $10 billion/year market (at least it felt like it), buying spiritual how-to books, going to retreats and seminars and workshops, buying organic cotton yoga pants and hemp-milk, investing in cleanses and colonics and detoxes and God knows what else.

I was on "The Path." And while it seemed uphill most of the way, it was glorious knowing I was gradually transforming my base human nature into something more refined. In the most heady moments of insight I was sure I was just millimeters away from gaining the ultimate prize: enlightenment itself.

And then ... well ... let's just say 20,000+ hours of intense meditation snowballed until Spirit/Source Intelligence/Life (what I call I AM) had its way with me and everything changed. Not "me" - Cate Montana. No, no. She stayed pretty much the same. It was her perspective that shifted. And when that happened and she finally glommed onto the fact that her "self" was a total mental illusion and not who she really was at all (and certainly not what she should be focused on trying to improve), it all basically hit the fan.

I didn't see The Fight Club, but the quote, although shocking, is a powerful truth. The $10 billion a year self-help industry has an incredibly high recidivism rate. The entire industry counts on the fact that the people most likely to buy a self-help book are the same people who purchased at least one other self-help book in the last 18 months. Which begs the question: If these books (and related workshops, seminars and retreats) are so damn effective at solving our problems, why the continuing stream of self-help purchases? (And let's not even think about getting into weight-loss and fitness and bolstering self-esteem!)

Why isn't all the (well-meaning and often well-educated) advice working?

The reason is this: We're approaching self-help without having a freaking CLUE what the "self" even is.

I'm hardly the first person on the planet to stagger into the truth that the "self"/ego is a total illusion of the mind. The whole non-dual Advaita Vedanta movement is based on this understanding. So is A Course in Miracles.

But the ego is tricky. It can even get mileage out of taking a course in its own deconstruction. "Yeah, dude, I'm like totally into Neo Advaita. It's like, that's where it's at. Have you read ..."

The way the ego perceives reality dictates that everything is about the "self" - including books about improving and spiritualizing that self. Which means almost everybody is stuck trying to improve the dream.

Instead of discovering the reality of who we really are -- the unified eternal being that the dream of the ego obscures--we're "self-pleasuring" and tickling the ego. We're chasing an impossible carrot: the dream of gaining an authentic life by improving an illusion by massaging the illusion.

The way out of this mess is to 1) realize what we're doing (going nowhere fast), 2) get an accurate handle on what the ego/dream really is, 3) learn about the quantum energetic information-based nature of reality (we're really non-physical !!)) and finally 4) strive to grasp what we really are (unified energy/information/consciousness directing bodies that only appear physical.)

Is this a lot to ask? Yes. Is it impossible? No!

We've got the tools, the language and the incentive. We've got the truth available to us. All we need now is the desire to open our ears to hear and our eyes to finally see.