Should insurers be allowed to sell health plans across state lines? This policy idea has been around for more than a decade, but it's seeing renewed scrutiny during this election year. Both leading Republican candidates for president--Donald Trump and Ted Cruz--have included the idea in their campaign platforms.

Selling health insurance across state lines has been a popular Republican healthcare policy idea since at least 2005, when the Health Care Choice Act was introduced in Congress. It would have allowed the sale of insurance regardless of state, but the bill died in committee. It has been a conservative party line ever since, however, and is often used as a Republican response to the Affordable Care Act.

Supporters of the idea say that selling insurance plans across state lines would provide consumers with more choice, improving competition. Insurers would not have to follow state-specific regulations, lowering costs that could then be passed along to the consumer. As Cruz put it during a Republican debate in Iowa, selling across state lines would create a "true 50-state national marketplace, which will drive down [prices]."

But selling insurance across state lines is not the healthcare panacea Cruz suggests. 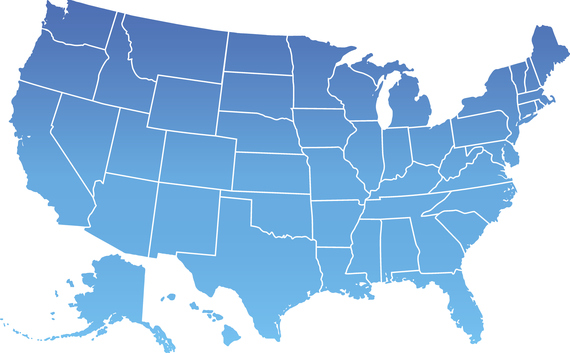 Between 2008 and 2011, six states enacted legislation allowing insurance to be bought and sold across state lines. Not one of the six states--Georgia, Kentucky, Maine, Rhode Island, Washington and Wyoming--saw a single insurer enter a new market or offer a new product.

Consumers don't want to go out of state for healthcare, which means that if out-of-state insurers want to compete with existing carriers in a new market, they have to build a local network of providers. Building a network entails contracting with doctors and hospitals in the communities where they offer plans, negotiating lower payment rates for when their health plan members receive treatment.

A study completed by the Center for Health Insurance Reforms found out-of-state insurers faced "enormous difficulty" in building new networks, primarily because the providers have no assurance that these new carriers will actually funnel any local patients to their facilities.

"Insurers identified [building networks] as a significant barrier to market entry that far surpasses concerns about a state's regulatory environment or benefit mandates," the study found. "Across state lines legislation ignores the primary cause of high prices--the cost of delivering care."

So if purchasing insurance across state lines were allowed, Jerry in New York City could theoretically buy a plan sold in Arizona for a fraction of the cost, but Arizona carriers would likely not have networks in NYC. Jerry could buy the plan, but how would he ever use it?

State regulations are a red herring

Currently, health insurance is regulated by individual states. Proponents of selling across state lines argue that having to comply with 50 different sets of mandates is what keeps insurers from doing business in more markets and offering more products. If insurers could sell across state lines, they argue, they could headquarter in a state with fewer regulations, and offer all kinds of--theoretically cheaper--plans.

For example, in California, all health plans have to cover treatment for lead poisoning. But let's say Kate lives in San Diego, and she believes her risk of getting lead poisoning is really low. Kate would be fine with a plan that doesn't cover that treatment, and if she could buy an out-of-state plan that didn't have to cover it, her costs might be lower.

These arguments make some valid points. Certainly, many consumers would prefer to buy plans that only cover the things they expect to use.

But insurance regulations are not the barrier keeping carriers from selling in new markets. This argument is a red herring, and it diverts attention from the actual barrier to market entrance for insurers--provider networks.

Are there any benefits?

There are some cases where selling across state lines could be beneficial for consumers. Several communities in the U.S. are located on or near state lines. Consumers in these cities wouldn't be burdened by out-of-state networks.

Let's say Tom lives on State Line Road in Rossville, Georgia, right on the Tennessee border. Tom's insurance premiums in Georgia cost $100 more per month than if he lived just one street north in Chattanooga, Tennessee, meaning he could save over $1,000 annually if he were allowed to purchase coverage in Tennessee.

Tom doesn't have to worry about out-of-state networks, because Chattanooga is so close. He conducts much of his business there, so visiting a Tennessee doctor would not represent a travel burden. This same situation could apply to anyone living near a state border.

But for the rest of us, buying across state lines would likely have very little impact on our coverage or our costs.

Founder and CEO of Bernard Health