Since the Declaration of Independence in 1776, the United States of America has done things differently than the rest of the world, for a variety of reasons. For example, had it not been for a snit between the U.S. and France in 1795, we might have made the switch from the inherited British Imperial weights and measures to the metric system. Had American colleges adopted "association football" (aka soccer) instead of rugby, which evolved into "gridiron" or the sport we refer to as football, the U.S. might have become as involved with World Cup association football as fervently as all the other nations on the planet. But it hasn't worked out that way. So what business do Americans have meddling with the governing body of a sport it continues to take little interest in? And why should American taxpayers foot the bill? 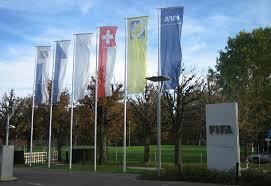 US revenue generated by Major League Soccer (MLS) is miniscule compared to the NFL, MLB, NBA and the NHL. Plunkett Research statistics from the 2012/2013 seasons shows MLS to generate less than 1 percent of total U.S. sports revenue.

Given soccer's relative unpopularity in America, (we can't even call it by it's proper name) a few observers are likewise scratching their heads over the FBI's involvement with FIFA. Kenan Malik, in a New York Times Op Ed, likens the FIFA scandal to a grand geopolitical confrontation that pits the ethics of developed nations against the corrupt practices of the "third world." The Minister of Sports in South Africa echoed the sentiments of others in Africa, Asia and the Caribbean when he said ""We have fought colonialism and defeated it and we still fight imperialism and we will fight it whenever it manifests itself."

Whether one agrees with the idea that the FBI is an agent of U.S. imperialism or not, the FIFA scandal illustrates how much the rest of the world operates outside what we might believe to be basic business ethics. What the U.S. and Western Europe call "corruption" is in many nations around the world an accepted way of life.

While it is ironic that the U.S. would tackle corruption in a global governing body of a sport that contributes so little to economy, some applaud the FBI investigation as a "necessary expression of American power." Others, like USA Today, make the case that Americans don't care about Sepp Blatter and the FIFA scandal nearly as much as they care about deflated footballs and steroids, and that it will quickly fade from the headlines. "It's just hard to get worked up about an organization that was probably most well-known in America for its graft and suspected penchant for bribery anyway."

One American in particular has cause to be very worked up: Santa Claus look-alike Chuck Blazer, who as part of his guilty plea will pay $2.5 million, plus back taxes on millions of dollars of unreported income. Blazer, once he discovered that the FBI was on his trail back in 2011, apparently had a moral crisis of some sort and was instrumental in bringing down the rest of the FIFA board over the course of the investigation. Given the general modus operandi of FIFA, particularly since 1974 when Blatter's predecessor João Havelange, a Brazilian, expanded the World Cup competition and brought in advertisers like Coca-Cola and Adidas, it may be that Mr. Blazer was the only one on the board who realized that bribery is illegal.

Still, as USA Today points out, people "might start to get upset at the waste of U.S. resources for a decidedly un-American problem." Since corruption could hardly be called "un-American," the author must be referring to soccer, as well as the fact that all the indicted FIFA officials are foreigners. Which only makes the FBI's actions more inexplicable: why indict the governing body of a very minor U.S. sport for accepting bribes from countries like South Africa, Qatar and Russia, where the cost of bribes are built into the national budget?

Some have likened the FIFA scandal and subsequent resignation of Sepp Blatter to the American military's removal of Saddam Hussein, and that it is our burden as the land of liberty to "maintain the liberal world order" in the name of promoting global cultural hegemony. Such grand assignations from think tank pundits fall flat when actual impact of dismantling the wicked ways of FIFA is ultimately measured in U.S. terms. The FBI and the U.S. may be lauded for cleaning up the governing body of the world's most popular sport, but to the average U.S. citizen it may seem to be a case of mismanaged national priorities. Convincing fellow MLB, NBA, NHL and NFL fans that it's important for the U.S. clean up World Cup soccer -- at taxpayer expense -- may be a tough sell.