I hesitated to share this story that happened on Christmas Eve. I was probably overthinking it, but I really didn't want this to be about us.

I want it to be about the power that love has on a broken, hurting world. And a lady that our family couldn't communicate with verbally illustrated this perfectly for us on Christmas Eve.

Let me back up a bit first and give you some context.

I've gotten into many discussions with friends and family the last several years about social media. Its impact, danger and potential.

I respect, see and understand the downfall of these tools. I really do.

They can be full of self-promotion, deceit, self-indulgence, hate, inefficiency, time suck, fake, vain, immaturity, immorality. I get it.

But the shinier side of the same coin is that social media has the power to pour gasoline on the good.

It's an indifferent tool that flips back and forth between uses.

Of course any and all of these can be true. For me, for you, for any of us. And oftentimes they are.

But these broad-brushed set of negative comments kill the opportunity for gasoline to rage.

One such story took place over the last couple weeks. It started when dear friends of ours invited us to their son's six-year-old birthday party.

Except it wasn't a typical party. The gifts the entire party brought were brought to give away to a shelter here in Kansas City in advance of their Christmas Eve deliveries to the families they serve.

I'll get the specifics wrong, but this little boy's party resulted in hundreds of pounds of toys being donated a couple weeks before Christmas.

When the family delivered the toys, after he was blown away by the generosity, one of the staff members at the Mission was sharing a shortcoming they had. Not because he expected more, simply because he was sharing.

They were short 400 family meals that were to be delivered alongside the Christmas toys on Christmas Eve. And they only had a week or so to make this happen.

Our friends said, "don't worry, our tribe's got it."

Within days, literally, people from all over the city rallied to donate these meals. If you know anyone from KC and they paid any attention to Facebook the last two weeks, they saw it. I'm sure of it.

This digital tribe physically showed up with 500+ of these meals a few days before Christmas. 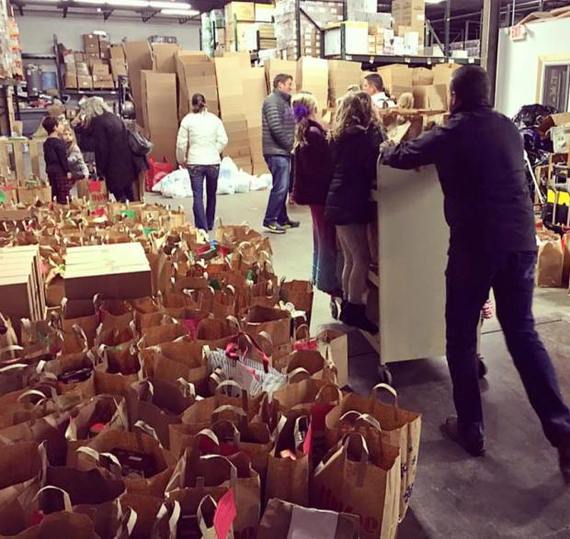 In perfect time, when the need was real. It was incredible.

Honestly, our family donated zero of the meals. But we were fortunate to join the Mission's efforts on Christmas Eve as individuals and families loaded up their cars to deliver Christmas gifts, meals and hope to families that likely wouldn't have them. 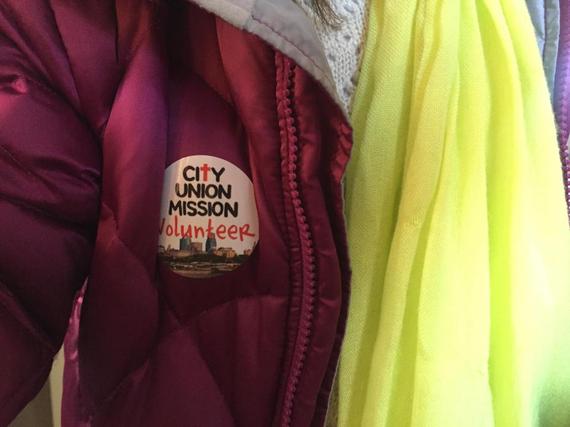 It was the first time we had helped in this way, and we'll do it every year from here on out.

We delivered to two families.

A single mom with two young kids. And a large family with four kids.

The single mom was incredibly grateful but understandably a bit guarded. We tried to explain to our kids that it's a hard, messy situation with tons of mixed emotions for that mom.

The large family stopped me in my tracks, though.

We couldn't tell if anyone was home, so everyone stayed in the car while I knocked on the door.

A sweet lady opened it. Within a few seconds, we both realized we weren't going to be able to communicate to each other verbally. A language barrier stood in our way.

I pointed to my car, said Merry Christmas and asked her if it would be okay for us to bring the gifts to her, hoping she could pick up a few key words.

We had three huge boxes of presents, a turkey and two of the meals.

She welcomed us right into her living room, decorated simply but beautifully for Christmas.

Pictures of her four kids on the wall alongside a wedding photo of her and her husband.

We made a couple trips, our kids going in and out. The last trip in, two of our kids were holding food.

"Whoa, hey guys, what's going on, where'd you get that?" I thought they grabbed something without permission.

Right then, the mom turned the corner with the second round of fresh, homemade, fried cinnamon and sugar tortillas.

Without any exchange of words, she offered me one. Of course, I accepted. They were amazing.

We loaded up our car, but I couldn't drive away for a few minutes. I kept looking at the tortillas she sent with us. 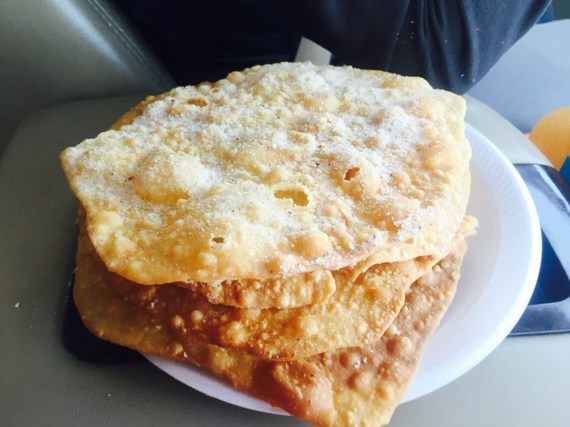 The day started with us thinking we were going to help out, serve and make someone's Christmas season a bit brighter.

I'm sure that happened, but that wasn't the extent of it.

Our plan was to help change our city in some small way.

I'm sure that happened as well, but our family was certainly changed too. It was a tangible way for our hearts and minds to be prepared for Christmas.

This family clearly didn't have the means to provide a big fancy Christmas meal or a bunch of presents for their four kids.

But although she didn't have much to offer, she offered what she could.

We couldn't understand each other, but she said everything with crystal clear clarity.

Love is the common language.