Here we go again. Various friends email me every time something regarding North Korea erupts. The missives are usually filled with concern about what's happening with me and on our peninsula. When the news broke that North Korea had tested a hydrogen bomb, friends from around the world sent me emails asking what the mood was like here. Of course we're worried. It is difficult not to become overwhelmed by such an event.

But I was no less surprised seeing the HuffPost U.S.'s splash in the aftermath of North Korea's hydrogen bomb announcement. The picture depicted a huge cloud from a hydrogen bomb explosion. I never even thought to use such an image here in Korea. Had I, we would've been lambasted for scaremongering. If you, as a foreigner living in Korea for less than a few months, had seen such a front page headline and image, you probably would've taken a tranquilizer and began searching for a plane ticket home. Or, you might've stumbled out onto the streets of Seoul looking for a grocery shop to store up on emergency supplies, only to be flabbergasted to find its citizens blithely going about their businesses as if nothing had happened. Well, there are others who think South Koreans' reactions very odd.

"To South Koreans, North is neither an immediate nor a physical threat. It's just beyond the border but hardly anyone has actually experienced it in person; it remains a political mirage..."

Lara Pierce, an editor at HuffPost Australia, wrote an excellent blog about her own experience in Korea in 2013 after North Korea's nuclear test. "The newsroom carries on as usual, preparing the front page story about the bomb threat and working quickly to get a story up on their website. As lunchtime approaches, my colleagues debate the pros and cons of sushi versus bulgogi. I am baffled. After all, Seoul is a mere 56 kilometres from the North Korean border -- a short trip for a nuclear missile or war plane." I really appreciated this passage because I thought Lara had pegged South Koreans' attitude about North Korea's nuclear threat dead on.

I'm sitting at my desk now, trying to divine what's hot and newsworthy among all the items that other media outlets are covering. Except for the news that South Korea is restarting the loudspeaker broadcast aimed at North Korea this afternoon in retaliation, the hydrogen bomb issue is fading quickly from the headlines. I look at other headlines. Kara, Korea's top female K-pop girl group during the last decade, is about to break up. Hadn't they been disbanded already? Who benefitted most from last year's almost two-fold cigarette price increase? Certainly not me, a smoker. Metropolitan Seoul's rent is through the roof, which is worrisome for me as well because my landlord has raised the rent too.

"A South Korean's image of North Korea is probably akin to a Canadian imagining that all Texans tote their guns around in the open wearing their cowboy hats and boots."

It's been a couple of days since North Korea announced that it had successfully exploded a hydrogen bomb, but many experts contend that it probably was not a hydrogen bomb. I'm not saying what happened wasn't dangerous, but the fact is Koreans in less than a day have turned away from that news. To be honest, even the day it happened, people here didn't make a huge fuss about it. For example, the most popular article during the last two days on HuffPost Korea was "Nine Things That Make Good Employees Quit." (FWIW: I think this is a very important story, as it's my duty to avert in advance any reasons for good editors quitting). 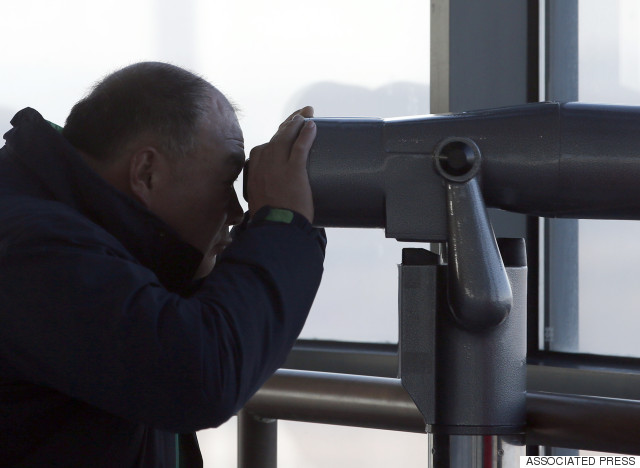 So just exactly why are Koreans seemingly less concerned about North Korea-related news than foreigners? In Korea right now, there are far more people who have not experienced war than those who have. To South Koreans, North is neither an immediate nor a physical threat. It's just beyond the border but hardly anyone has actually experienced it in person; it remains a political mirage, one that because of more than 50-years of anti-communist rhetoric appears only slightly menacing. In the '80s, I was educated by the anti-communist rhetoric, which even described North Korean dictator Kim Il-sung as a red pig at schools.

"South Korea has lived the past 60 years with an ornery neighbor/brother/whatever threatening periodically to torch all of Seoul. South Koreans no longer have the interest to bend their ears with worry and care at their blackmail."

What's more, news and information about North Korea still remain limited to South Koreans. We hardly know how our northern brethren really live. When HuffPost posts photographs of North Korea taken by a foreigner, people's reactions border on dismay with comments ranging from "unbelievable" to "people actually drive their own cars there?" A South Korean's image of North Korea is probably akin to a Canadian imagining that all Texans tote their guns around in the open wearing their cowboy hats and boots.

That everyone here is exhausted about the neighbor up north should also be pointed out. South Koreans don't even flinch anymore when North Korea spills vitriol about turning Seoul into an ocean of blaze. Instead we think: "Our northern neighbors must be low on rice again and they want us to donate." Imagine a cranky, obstinate relative from long, long ago who shows up periodically banging on your gate with a hammer, insisting that you extend him a loan.

As for politics, North Korea is South Korea's conservative party's favorite scapegoat, especially near election season. For some reason, whenever a congressional or presidential election nears, North Korea inevitably ends up blasting or threatening to blast some near-border missiles. During the last(19th) congressional election, a similar thing happened, tilting the then political climate. There's another congressional election in April this year. People here believe that North Korea's aggression helps to unite the conservative forces, which leads to more votes. Some even spout conspiracy theories about the conservative party bribing North Korea to act bellicose come election time. In fact, many people in South Korea actually believe this conspiracy theory.

As explained, it should not come as a surprise why South Koreans react so nonchalantly to North Korea's supposed hydrogen bomb threat. South Korea has lived the past 60 years with an ornery neighbor/brother/sister/whatever threatening periodically to torch all of Seoul. South Koreans no longer have the interest to bend their ears with worry and care at their blackmail. So then what is the most real, physical threat that South Koreans cringe from right now? Spoilers of Star Wars: The Force Awakens."

I remember when North Korea bombed Yeonpyeong Island on Nov. 23, 2010. I was at a gigantic outlet mall on the outskirts of Seoul contemplating whether I should purchase the scarf or not. The mall's huge LCD screen lit up with neon-red subtitles and images of missiles being rained down on Yeonpyeong Island. For a while people watched the screen with concerned faces, but then as time neared for the mall to close, they began to walk away in droves. No, they were not heading for shelters but to individual stores to make their last purchases. I, too, lurched back to the shop. Purchasing the scarf, I said to the colleague who'd gone there with me, "If there's a war, we probably won't have electricity, and it being winter soon, a cashmere scarf would be nice, huh?" I still have that cashmere scarf, a perfect answer to a nuclear winter.

This post first appeared on HuffPost Korea and has been translated into English.