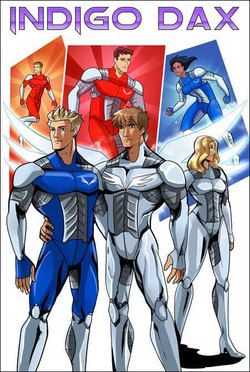 Growing up in the 90s, being gay was just beginning to become acceptable, but there was still a long road ahead towards equality. It use to be socially acceptable for SNL to have skits that literally the joke was the fact that a character might be gay. I'm still haunted by people in high school who would call me "Pat," the gender nonspecific character on SNL, because I was overweight and androgynous in my appearance.

Before I get called out as being part of the politically correct police, let me take a moment to address the campaign against political correctness. There has been a long standing campaign, which seems to have grown louder lately, to demonize political correctness. It's a common theme on the Republican campaign trail this year. The point of it is to silence objection to racist and homophobic comments. It tries to make the victim of such abuse a killjoy. In the words of John Kasich, "I think we should just try to like, take a chill pill." Statements like these are meant to diminish the impact to the victim, and convince others that these people are just too sensitive. The sad fact is, that this is not just about the abuser or the victim. It's also about all the people that observe it. It sends a clear message to the audience that this is how we treat those people. Don't associate with them, don't be like them.

When I was a young boy, I remember going to school and people would call me a sissy, fag, or homo. Boys would intentionally push me away if they thought I sat too close to them. I remember feeling really hurt, isolated, and confused. I had no idea what being gay even meant. It was an outright rejection of me, and yet I didn't have any idea what I had done wrong. When I went home I remember telling my dad what happened, and started to cry, remembering how I felt in school that day. What I wasn't prepared for, was when my father agreed with my abusers. He outright told me that the boys in school wouldn't call me those names if I didn't act like a fag. That was a pivotal moment for me. If I had the ability to change, to behave differently, I probably would have. Unfortunately, it still escapes me what I do specifically that is so different. It's not that I can't tell if I hear my own voice or watch a video of myself. If there is such a thing as having a gay face or a gay voice, I've got it. I can see it in myself, but I honestly have no idea how I could be any different. My father made it very clear to me that who I was, as a person, was not acceptable. For years, he tried every negative reinforcement he could to remove the gay from me. The only thing it did was make me fear and resent him. To this day, I have virtually no relationship with my father because of it.

I recently saw a documentary called, The Mask You Live In. The documentary talks about how what we define as masculine is really a lie. How men from a very young age are subtly brought up, often with the threat of violence, to reject any feminine qualities in themselves. Feelings of depression and sadness, often manifest themselves as violence and anger, because men are left with very few options of expressing themselves.

Gay rights are not just about rights for gay people. The movement for equality is about all people. There has been a shift in the social consciousness of America with the rise of gay rights. The perception of being gay use to be one of the primary tools of the promoters of the masculine lie. When we remove the stigma of being gay, it also frees straight men to express themselves more openly, more genuinely.

The best thing that ever happened to the gay rights movement was for shows like Ellen and Will & Grace to exist, to show mainstream America that being gay was ok. Which proves the saying, "It's hard to hate someone you know."

With the loss of the only gay male lead in a mainstream comic book series, it leaves a hole in the social consciousness of America. If mainstream studios won't create comic books with gay leading characters, then it's up to independent authors to create them. To be honest, I never thought of myself as an artist or an author. I'm just a nerd, who likes to sit and imagine new scifi stories. I decided to write my story in comic book form, because I imagined the story in my mind like a movie. I drew the comic book panels with descriptions of what each panel would look like in photoshop, and hired an illustrator to fill in the content.

For years, I had this idea of what would happen if a huge alien spaceship crashed into earth. If the spaceship was big enough, it would be a planet killing impact. Then I thought, what if the asteroid that killed the dinosaurs wasn't a piece of rock, but a spaceship from the future that fell back in time. What...you don't sit and daydream about stuff like that too?! I started writing the Indigo Dax Graphic Novel in October of 2013, with that being the basis for the story.

Advertisement
As a gay man, I wanted... no, I needed to write the story with a gay male lead. One of the major themes of the story is that the main character Dax, the Prince of Casseria, sends his ship back in time to save Earth, and he lands 100,000 years in the past. He's separated from his husband, Tycho, who is left in the present time. But 100,000 years is a long time to be without the one you love, even if you are immortal. Unfortunately, Dax is hunted down and killed by a Scorpion Death Lord, just a few hundred years before he is reunited with Tycho. Luckily, Tycho created a soul crystal from a
diamond star
, before Dax crashed into Earth. The soul crystal is indigo, because that is the frequency color of Dax's soul. Upon Dax's death, his soul crystal warps destiny to reincarnate Dax on Earth, in the present. However, Dax has no memory of his former life as a prince, or the fact that he is an alien. When Dax went back in time he was a confident, powerful prince, but being reincarnated as a gay man on Earth changes the way he sees himself. I show how society treats him, and how it wears him down. Dax has to remember his life before Earth in order for him to gain his confidence back. In writing this story, I show a lot of the negative things that gay people experience, but I also show what a better world might look like.

The world I created with Indigo Dax was so big, I couldn't fit everything into the graphic novel. So I created a game, on Facebook, that players can play to learn the backstory to the Indigo Dax universe. Through each level of the game, players learn about the creation of the Scorpion Empire, the Scorpion Wars, and the greater Indigo Dax universe. Once players have finished the game, they will have a greater appreciation for all the Easter eggs hidden in the graphic novel.

I hope when people read it they fall in love with the characters and the story. In making a world where gay people are heroes, it's one more step in removing the stigma of being gay, and helps all men better accept all aspects of their humanity.

For more info about the Indigo Dax Graphic Novel and Game go to: https://www.indigodax.com