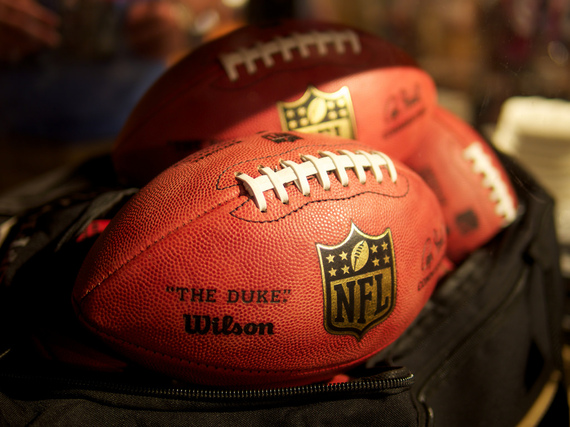 The NFL Draft makes it clear that an ill-advised online post can put anybody's career at risk, and I think the NCAA is as much at fault as the athletes.

Did you ever tweet something personal, or post an angry Facebook rant on a whim that you later realized was a mistake? If you haven't, you're likely to at least have witnessed it. In today's day and age, online sharing is an ubiquitous form of personal expression. Unfortunately, it's also permanent, meaning a single ill-advised update can haunt you much later.

At BrandYourself, we constantly deal with people who've damaged their career prospects over something they've posted online. It's something that can happen to anyone from a naive high school student who loses their scholarship to a seasoned executive who loses their job with a single tweet.

We now live our entire lives online, and when we make mistakes, it can have affects on our careers that we never thought possible.

This is a growing problem for all professionals. When anyone can say anything about anyone and our online actions are cached forever, the result is a recipe for embarrassment at best and career ruin at worst.

The NFL draft was dominated by online mishaps from student athletes.

The NFL draft makes it clear that a bad online post can put anybody's career at risk -- even and perhaps especially rising athletes. This year, virtually all of the Google results for top draft picks were dominated by personal results, often to the detriment of the athletes' prospects and putting the organization in a difficult situation. Look at some of the most salient examples:

Even outside of scandals, organizations go out of their way to vet athletes on social media.

It's no surprise that organizations like the NFL and its teams are trying to distance themselves from players with unsavory online footprints.

The point is, athletes need to be aware: The Baltimore Ravens' general manager Ozzie Newsome now personally reads through college players' tweets as part of his drafting research. It's become more and more common for teams like the Ravens to monitor social media alongside other recruiting information like game films, interviews, and medical reports.

It goes without saying, the athletes embroiled in these controversies and embarrassments are responsible and should be held accountable for their behavior -- whether it be criminal or simply immature. But they are not the only ones at fault. I think that the NCAA in particular owes it to student athletes to teach discretion and responsibility online.

The NCAA should educate students about online reputation

What is the solution? For starters, the NCAA should educate student athletes about online reputation and equip athletic organizations and schools with the tools to control them. That's why BrandYourself exists -- to help everyone, from students to executives, gain control of their digital presence for personal and professional benefit.

The NFL draft is a perfect example of how a single bad online posting can put anyone's career at risk:

At the end of the day, sticks and stones may break your bones and a tackle can give you a concussion, but a mere 140 character tweet can ruin your career. With the right tools and careful practice, athletes can let their online reputations soar past the end zone, instead of ending it all in a fumble.