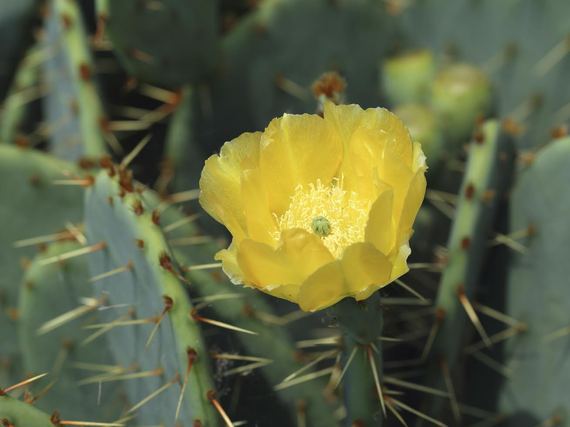 I would love to identify some cadre of constantly buoyant motivational speakers, or perennially jocular optimists as my trusted arbiters of success. I would love to, but alas, I just can't. I seem constitutionally prone to go blind while wearing rose-colored glasses.

Don't get me wrong; I am no pessimist. My life is far too good for that. I can quench my thirst quite reliably with a water glass half full. But I confess I am not exactly an optimist, either, as that would seem to require the subordination of experience to hope. In the world as it is, pragmatism is the best I can manage.

As a pragmatist, then, I do have my trusted arbiters of success. They are Macbeth; Rudyard Kipling; and, with an application of circuitous reasoning, Moses.

Macbeth famously lamented that "to be thus is nothing; but to be safely thus." Macbeth was ruminating on the throne, and his tenuous perch upon it. It was his, following his murder of Duncan, the prior king; but the very prophesy that motivated his regicide also indicated that no heir of Macbeth's would reach the throne. He was, thus, king- but not "safely" thus.

Few of us have thrones to worry about, but we all have our battles, and their occasional spoils. Those among us who have far too little money fret about that. But those with plenty routinely fret about how readily it can go, when the markets go south, or an unexpected innovation makes our former innovation obsolete. I recall how the fictional older brother of Hugh Grant's fictional character, George Wade, in the movie Two Weeks Notice, warns how readily they could "lose it all." This was despite "it all" being a sum measured in apparent billions. If even fictional billionaires are vulnerable to the vicissitudes of fate, who among us can even dream of ever being truly, safely thus?

In his time-honored poem, If, Rudyard Kipling explored the tenuous vagaries of success both more poignantly, and more accessibly, than Macbeth. After all, Macbeth was both a murder, and a king; conditions foreign to most of us, as are concerns about the royal lineage. Kipling, however, was just a citizen of the world, making his way much like the rest of us. His confrontations with triumph and disaster are apt to be informative of our own.

Certainly in my experience, triumphs are ephemeral enough to feel often like imposters, although I struggle to disregard disasters as blithely. Certainly when those around me are losing their heads, they do indeed seem to have an irritating penchant to blame it all on me. The assassinations of my character in cyberspace abound, and generally all they translate to is: I disagree with you. But disagreements viewed through tunnels are inevitably amplified into far baser charges: liar; loser; traitor; cheat. So it is we preserve our equanimity only if we can keep our heads when all about us are losing theirs, and blaming it on us. Stand for anything, and inevitably, heads fall, exactly thus.

Of course, the fact that those accusing us of being wrong, and worse, are themselves wrong, does not make us right. That is addressed in another of Kipling's rueful admonishments: "if you can trust yourself when all men doubt you, but make allowance for their doubting, too..." Success is ever a tenuous affair because even our own definition of it is subject to change, or should be. When both they, and we, keep moving the line- we are never, truly, safely thus.

As for Moses, I have come to doubt that he was ever actually lost. I suspect he knew that the real aggravations first begin when we get where we think we are going. A promise may never again be as fully luminous as when we are pursuing it hotly. And so it is that I doubt he was really lost all those 40 years; he was, after all, too wise and wily for that. I suspect he knew that the journey was the better measure of its destination. I suspect he took his time to stop and smell the cactus flowers.

I may not have a full 40 years to go, in meandering circles or otherwise. But since I do practice what I preach, at 52- it's not out of the question. Either way, I'm going to do my best to smell the roses along the way, too -- and call it success every time. Those fragrant breezes will come and go and never be safely thus. They are diffident, and iffy, and fleeting- just like success itself. But that's as good as it gets. Maybe knowing that, and really accepting it, is the safest success of all.

David L. Katz, MD, MPH, FACPM, FACP is currently extracting cactus thorns from his nose. But the roses were worth it.