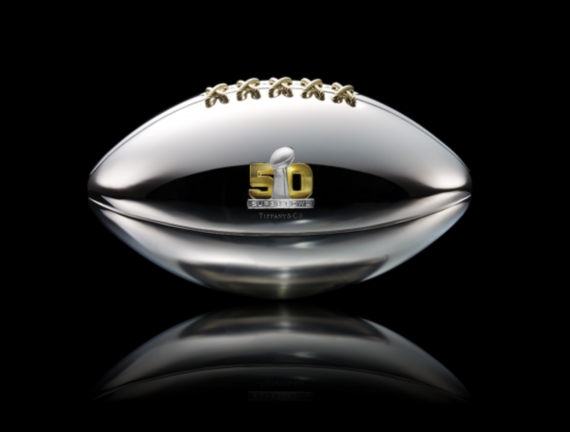 "How is it that the ultimate prize in the most macho sport ever invented is a piece of jewelry?"

This Sunday, the world will watch this notion brought to life.

On a projected stage of over 120M viewers, 22 men will take the field, all on the hunt for a piece of jewelry.

However unlike previous Super Bowls, Super Bowl 50 marks a significant turning point in the NFL - for the first time in history these 22 men can be coached, ejected, hired and fired by a woman.

As I partake in the week of events in San Francisco, and look at Super Bowl 50 as a whole, one word comes to mind - Progress.

The events commenced with the NFL's first annual Women's Summit, "In the Huddle To Advance Women In Sport". For the first time in history, the NFL is using their stage to celebrate and encourage female involvement at every level of the sport. The Summit was kicked off by keynote, Dr. Condoleezza Rice, and includes prominent leaders from sports, government, media and a variety of other fields--all of whom believe in the power of sports to support the future success of young women both personally and professionally.

I have personally spoken with Dr. Rice at a previous sports leadership event. Her advice she shared, "If you worry about a glass ceiling you can't break, you'll be your own brake", is never more prevalent in the NFL as it is today - as we witness ceiling breakers such as Sarah Thomas (the NFL's first female referee), Jen Welter (the NFL's first female Coaching intern, Arizona Cardinals) and the recent announcement of Kathryn Smith, (the NFL's first female full-time Coach - Special Teams Quality Control Coach, Buffalo Bills).

NFL Commissioner Roger Goodell also announced at the event that the Rooney Rule, which requires that the NFL interview minority candidates for top coaching positions would be applied to women and executive positions.

On the sidelines where someone is usually vilified in the "Super Bowl story", two great leaders will stand, both exuding character in their craft -Head Coach Ron Rivera of the Carolina Panthers, and Head Coach Gary Kubiak of the Denver Broncos. Coach Rivera has personally told me the story of how he credits his wife Stephanie (a former WNBA Assistant Coach) for his decision to pursue coaching in the first place, and rallies behind the adage "behind every good man is an even better woman".

Turning our heads off the field and onto the screen, the absence of GoDaddy ads means a lack of sexism in the commercial breaks. Instead we will see stories of respect towards women, such as an overprotective dad played by comedian/ actor Kevin Hart who stalks his daughter's boyfriend (thank you Hyundai!). And as far as the halftime show, I don't foresee Coldplay having a wardrobe malfunction.

As a sports business analyst, my number one predicted trend for 2016 was "women". Not only the impact that this market will have on the future success of the sports industry as a whole, but also how this industry cannot survive without their inclusion.

Movements are made of moments. I can argue that at this moment in time, what the NFL has created is the start of a movement.

As we fast forward ten years from now, against such progress and envision what the NFL can look like in 2026, perhaps a piece of jewelry as the ultimate prize, was actually ahead of its time.

Mandy Antoniacci is a Sports Business Analyst, Entrepreneur and Columnist. As the Founder of ChangeUp Enterprises, LLC, (d/b/a ChangeUp) Mandy builds companies and authors stories that help progress the game.

This article was previously posted in Inc. Magazine.