The science of the effects of dietary habits on health is still in its infancy according to Dariush Mozaffarian, MD, DrPH, the dean of Tufts Friedman School of Nutrition Science & Policy. Up until recently, food was considered primarily a source of energy and nutrition but not a factor playing a major role in health and illness. The Mediterranean diet, in particular, has gained the attention of the scientific community because populations adopting this type of diet seem to present with better health outcomes and an increased life expectancy. On the other hand, the typical modern Western diet is associated with increased risk of diabetes, obesity, coronary artery disease, and even cancer. For all these reasons, switching to a Mediterranean type of diet is considered one of the best ways to prevent many diseases that are epidemic in the Western world and which are associated with high mortality rates and a low quality of life. In this article, we explain why everyone should consider adopting a Mediterranean diet for the sake of their health. 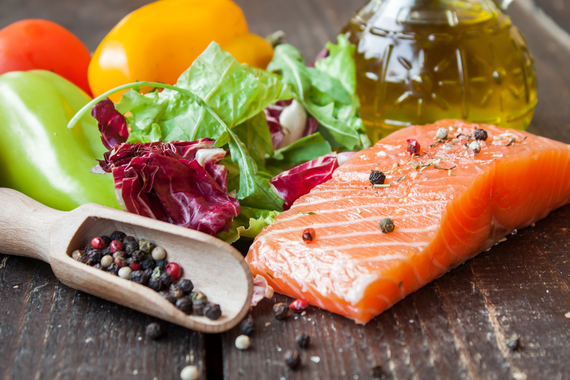 Katherine Tallmadge, a renowned nutritionist and author of Diet Simple says that the health benefits of the Mediterranean diet were first noticed sometimes in the 1950s by Ancel Keys who observed that people from the Mediterranean countries had no nutritional deficiencies and did not suffer from coronary artery disease. Later studies confirmed this observation and even found this type of diet reduced the risk of diseases such as Alzheimer's, some types of cancer, and diabetes. The main characteristics of this type of diet are that it is high in fruits and vegetables, legumes, and whole grains. It is also low in dairy and meat with fish and seafood rich in omega-3 fatty acids being the meat of preference. Most fat from this type of diet comes from olive oil which is a staple in the Mediterranean region as well as nuts and seeds.

The Western diet, on the other hand, is high in calories but low in nutritional values. It is high in animal and saturated fat, refined sugar, salt, protein, and is typically processed. This type of diet increases the risk of many inflammatory autoimmune disorders and is the major contributing factor in the rise of obesity in the West. To combat the negative effects of this type of diet, it was long considered that reducing fat content would decrease the risk of these diseases. However, this problem is not that simple to solve. A recent study from Spain on the effects of a high-fat Mediterranean diet on weight and waist circumference found that it helped reduce body weight and abdominal girth in subjects after 5 years. Tallmadge explains that this is so because the amount of fat in food is not as important as the type of fat we consume. The fat from extra virgin olive oil, for instance, helps improve cell metabolism and communication in comparison with saturated fat from animal sources which only decreases cellular function.

A review of the components of a cardioprotective diet written by Dariush Mozaffarian, MD, DrPH points out to the importance of synergy of nutrients in foods in its effects on health. In other words, it is not the specific foods we eat that matters but what combinations of foods we eat. The balance of nutrients, fiber, healthy fats, caloric count, and antioxidants in the Mediterranean diet is what makes this diet so healthy. The preparation of food in this type of diet also contributes to its cardioprotective effects. The Mediterranean diet is simply put rich in antioxidants and nutrients that offer a wide range of health benefits. Mozaffarian points out to the great number of studies that found that small dietary changes such as introducing more vegetables into your daily diet reduced high blood pressure and bad cholesterol. We can only imagine what major health benefits come from completely switching to a Mediterranean type of diet.

Tallmadge says that many shy away from adopting the Mediterranean diet believing it is too expensive to maintain, but it seems that the opposite is actually true. This type of diet was actually born out of poverty as people in the Mediterranean regions relied on locally grown plants as their main sources of energy. She also points out to several studies that observed the low costs of this type of diet in persons who adopted it due to arthritis or after a myocardial infarction.

Switching to a Mediterranean diet is one of the best ways to prevent coronary artery disease and autoimmune diseases that are becoming increasingly prevalent in Western societies. This type of diet is now proven in numerous scientific studies to be one of the healthiest diets in the worlds as it is rich in antioxidants, micronutrients, healthy fats, omega-3 fatty acids, fiber, and other characteristics that make it superior. Although born out of poverty, this type of diet is now probably the answer to disease resulting from overabundance in high-energy foods we see today and that are making us sick.