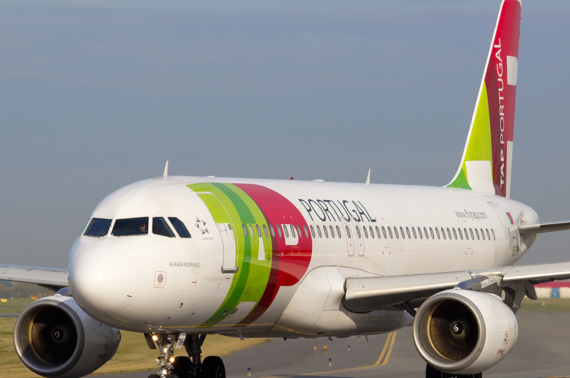 I've often questioned if every single country on Earth requires its own national flag carrier. Some have flown into the history books, such as Sabena (Belgium, 1923-2001), CSA Czech Airlines (1923-1995), and Malev (Hungary, 1946-2012). Many others have been grounded around the world as well.

TAP Portugal, that country's flag carrier, looked like it would follow suit, but instead new owners have committed to keeping it flying and now it's in pretty good shape.

Atlantic Gateway Consortium, led by David Neeleman, owner of Azul, a Brazil-based carrier, and founder of JetBlue, bought 40 percent of TAP (Transportes Aéreos Portugueses) last November and has big plans for the revived carrier (most of the rest is still owned by the Portuguese government).

You may have noticed that it has some of the lowest airfares from the eastern U.S. to Europe among traditional airlines ($500 round-trip including tax from the New York and Boston to Spain for example), especially in business class (some of the airline's A330 and all of its A340 aircraft have fully horizontal seats) where on most routes it can't be beat. TAP flies from Boston, Newark, New York and Miami to Lisbon, its main hub, and beyond to Europe and Africa. Last minute (72 hours or less) upgrades to premium economy costs $65 per direction, another decided bargain.

Their airfare booking website is one of the best in the world and the simplest to use for flexible destination searches and set price parameters. Tell them what you want to spend and where you're flying from and you'll see the lowest prices offered on a flexible travel date itinerary.

And they have the best stopover program if you're flying through Lisbon to someplace else (60 percent of passengers are indeed flying someplace else with the rest having Portugal as their final destination, a country named Travel+Leisure's 2016 Destination of the Year the capital of which landed at 8 out of 17 on Conde Nast Traveler's Destinations of the Year 2017, not least because Portugal is a secret surfer's paradise and has a temperate climate year round). If you're leaving from JFK, TAP has the last European departure of the day (11:55 p.m.), which means you get a full day in New York and are pretty certain to doze off on the ride over.

So while TAP might not be on your search radar, perhaps it should be.

See TAP's lowest current airfares from the US here.