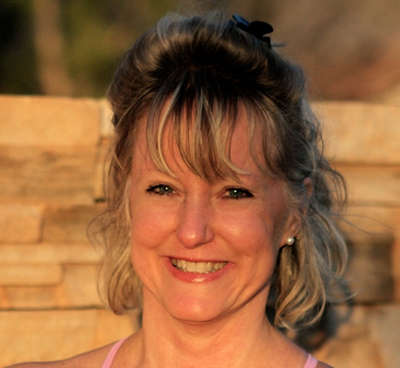 This is an interview with Elizabeth Carling, who offers a free community-based yoga program with the support of her employer, Patricia McKeen, owner of A New Awakening counseling agency in Albuquerque, New Mexico. Elizabeth started a free class at A New Awakening as a way to offer the mindfulness-based tools of yoga to clients who struggle with the challenges of addiction, mental health imbalances, domestic violence, and reintegration following incarceration.

Rob: What originally motivated you to bring yoga to the New Mexico prison?

Elizabeth:I've worked in the field of forensic therapy as an addictions counselor and Doctor of Oriental medicine for the past twelve years, and have witnessed the struggles of returning citizens. Inmates are released from prison with inadequate preparation for the acute stress of finding employment, rebuilding relationships, and cultivating social competency, not to mention the avalanche of triggers to drug and alcohol use. I was fortunate to have the opportunity to learn from my community yoga students that participation in asana practice, pranayama, meditation, and the other limbs of yoga, were invaluable assets in decreasing reactivity to stress, increasing impulse control, and alleviating emotional dissonance. Most of all, I came to see yoga as a vehicle for transformation through reclaiming an intimate, healthy relationship with self. Upon reflection, it seemed like a natural evolution to offer these tools to inmates prior to release from prison in anticipation of the challenges of reintegration, and the potential for recidivism. A little research brought me to James Fox's Prison Yoga Project (PYP) training, an invaluable aid in how to design a prison yoga program, and how to introduce it to the N.M. Department of Corrections.

I'm interested in knowing why we should be spending money on providing yoga to prisoners?

I firmly believe that prisons that allocate funds for yoga and mindfulness programs are investing in harm reduction both inside the prison walls, and potentially within the families and communities that an inmate will eventually be returning to. I'm frequently asked why we should want to help "those people" who committed crimes and acts of violence, and deserve to be where they are. My answer is simply that "those people" are going to be released one day, and may be our neighbor, or the person next to us on the bus.

We say we want things to change in our society, but if we don't offer inmates any tools for change we are setting them (and us) up for failure. I would say that recidivism rates are a reflection of that old definition of insanity: "to keep doing the same thing over and over and expect different results." I also feel that mindfulness programs would aid in reducing medication costs for prisoners, and would save the system money. This is yet to be researched, but is certainly an area worthy of investigation. Last but not least, we have heard from corrections staff that prisoners who participate regularly in the yoga group are more cooperative and exhibit fewer behavioral issues, making staff's job easier and more effective.

What is the greatest obstacle in mindfulness classes becoming a regular feature of prisons?

The greatest obstacle in mindfulness-based programing becoming commonplace in prison curriculum is the perception that it is non-pragmatic because it does not fit the model of education that administration is familiar with. Certainly a GED, or learning automotive skills, are practical investments; but if we don't help inmates to address cognitive distortions, limiting patterns of behaviors, complex trauma, and often a history of addiction, then they are not going to function optimally upon release, let alone be contributing, successful members of society.

What is not fully understood by the prison system is that yoga and mindfulness techniques are a form of somatic therapy that aid in improving and restoring the body-mind connection so that a person can contact inner resources to self-regulate and enhance well being. Inmates who are taught how to become sensitive to the self through present-moment awareness will recognize the pain and suffering they cause themselves and others as a result of their own maladaptive behavior. Offering mindfulness education is not frivolous; it gives inmates the opportunity to expand their capacity for compassion, and make conscious choices that result in pro-social change.

What advice would you give anyone who would like to volunteer teaching a weekly class at a prison?

The best advice I can offer is to cultivate a unified approach to all that transpires inside the gates. I'm often reminded of the value of the yogic philosophy of "samatavam," or "sameness," and the benefit of sitting in the middle and serving, seeing, and acting from a place of oneness. I also wholeheartedly agree with James Fox's suggestion to co-teach the class, rather than go it alone. Since day one I have been fully supported by my dear yogi friend and colleague Patricia McKeen, who is invaluable in holding a safe space for teaching to unfold.

We can also affirm the importance of consistency in working with this population. Showing up at the same time, week in and week out, builds trust and positive regard. I've also found that the PYP model of sandwiching asanas between a beginning and an ending centering technique to be a necessity in encouraging inmates to be fully present and grounded while practicing in a turbulent environment.

What should prison administrators know about the Prison Yoga Project?

They should know that PYP instructors offering yoga classes are fully aligned with respecting and abiding by the correctional facility's rules and regulations. We are aware of the effort prison officials and staff put forth to ensure our safety, and are more than willing to cooperate with anything that makes their job easier. PYP instructors are also open to designing classes for special populations such as vets, mental health inmates, or using body-centered skills for conflict resolution.

Administrators should also know that our mission is to offer tools for stress reduction and mental and physical well-being, for staff as well as my inmates. My highest vision for our New Mexico PYP is to have parallel programs of yoga and mindfulness tools for self-care for corrections officers and prison officials. In fact, the highlight of our yoga program was what we refer to as the "Christmas miracle," when three guards spontaneously joined our class, and practiced yoga alongside of inmates. One of our "regulars" was uncomfortable at first with what he perceived as an invasion of his territory, but in the true spirit of namaste quipped, "maybe the cops need healing too!"

Stay connected with Give Back Yoga Foundation as we share the gift of yoga with the world, one person at a time, by following us on Facebook and Twitter, and by subscribing to our newsletter.