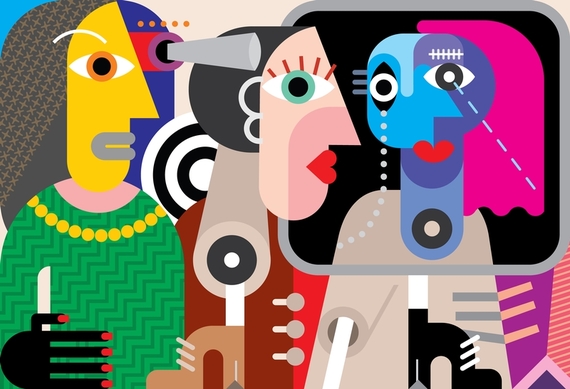 In the last 60 seconds, here's what happened: 168 million emails were sent, 700,000 Google searches were launched, and 60 hours of YouTube videos were uploaded, not to mention all the spam, banner ads, phone calls, Facebook posts, tweets, texts, and telemarketing calls that found their way to your doorstep.

A whopping 90% of all data in the world has been generated in the past two years alone. Think about it: Before the dawn of civilization, approximately 5 exabytes of information had been created. Now, that much information is created every two days!

And while the gory statistics change every nanosecond, the results are the same -- leading to what is now alternately being called "information overload" or the much more exotic "Information Fatigue Syndrome" (IFS) -- a condition whose symptoms include poor concentration, depression, burnout, hostility, compulsive checking of social media, and falling into trance-like states.

This describes the mindset of many, if not all, of the people you are attempting to influence on a daily basis, be they customers, clients, friends, voters, children, or your mother-in-law.

If you are committed to delivering a meaningful, memorable message to another human being, the burning question you need to be asking is this: "How can I cut through all of the background noise so my message can be heard and remembered?"

Fear not. It's possible. According to neuroscientists, psychologists, theologians, sociologists, advertisers, linguists, and marketers, the answer is a simple one: storytelling.

Storytelling is the most effective, time-tested way to transmit meaning from one human being to another. It's been going on since the beginning of time when our first ancestors stood around the tribal fire. It's how civilizations pass on their wisdom to the next generation. It's how religions pass on the sacred teachings of their faith. And it's how parents, via the telling of fairy tales, transmit the values they want to impart to their children.

Here are just a few of the reasons why storytelling is so powerful: It quickly establishes trust and connection between the speaker and listener. It increases receptivity, captures attention, engages emotions, and allows the receiver to participate, cognitively, in the narrative.

Think about a message you want to communicate to someone today. How might you do that via story, instead of overloading them with more information, statistics, and pep talks?

Mitch Ditkoff is the Co-Founder and President of Idea Champions, an innovation consultancy headquartered in Woodstock, NY. He is also the author of the newly published STORYTELLING AT WORK: How Moments of Truth Reveal the Real Business of Life -- from which the above article is excerpted.