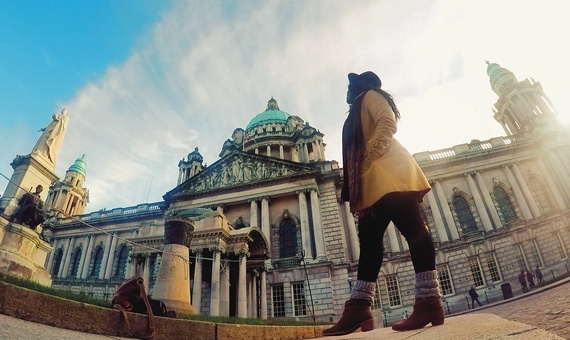 While it's the fear-mongering media's job to give you the play-by-play on every negative, horrific, and terror act of the world, it's also your job to make sure you're countering all that toxic news to fight your impending paranoia.

With the world's population being over 7 billion people, there will be horrible and despicable ones in the playing field.

And while my heart goes out to all the countries who live in fear for their lives daily because terrorism is nothing new to them, words don't do justice to adequately salute their bravery and optimism.

And it's that same bravery that inspires me to continue reminding people that there is still so much good in the world -- both in people and in places.

I can't help but cringe at every "be safe" text message I get, because does that imply I shouldn't go on about my day as usual? As if I don't already take the necessary safety precautions to begin with? As if I should start turning a cold shoulder to strangers in fear they might be a part of the 0.000001% of disgraceful terrorists on this Earth?

I understand the sentiment, and I'm blessed to have people who care so much, but I want to quickly note the huge difference between concern and paranoia.

Because my timeline seems to be filled with more of the latter.

While the continent of Europe is incredibly large, I won't stop traveling because a terrorist organization wants to use scare tactics to condition our brains to buy into their agenda. 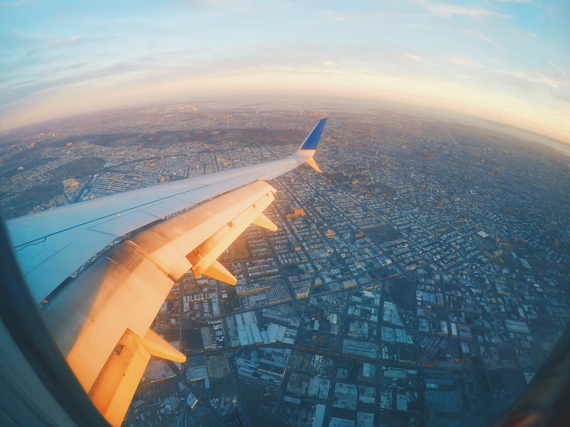 I remember those exhausting days of 72-tabbed browsers to stay updated and informed on all the threats and tragedies around the world. Subtle narratives by the media to remind me how dangerous, scary, and horrible everything outside the comfort of my home was.

You know what I hate about fear? The fact that we put so much power in the idea or potential threat of something that hasn't even happened yet. "Well, what if we're next?" your mind whispers. Let's live every day looking over our shoulders to ensure our safety then, yeah?

Last I checked, worrying solved ZERO problems. And it definitely didn't bring about any solutions either.

I can't stress enough how important the balance of our mental health is. If we spend hours polluting our minds with the one-sided narratives of the media and bigoted politicians, never countering that negativity with beautiful reminders of progress and hope, then your mind will be rotting by the second.

I want this to be nothing more than a reality check that the world is a BIG place. One that's populated with awesome, loving, and productive human beings from all over the world. 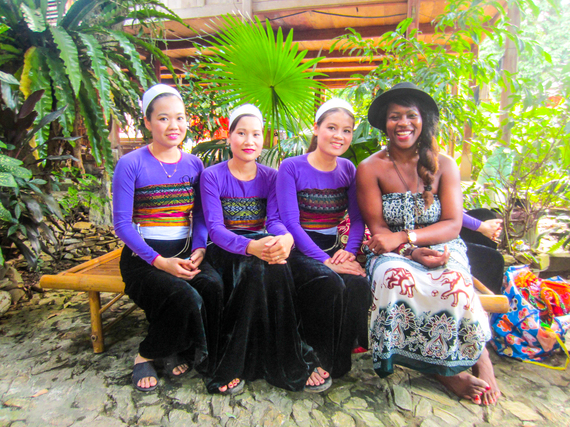 We can continue to focus on the bad apples every time danger strikes, or we can cultivate a society of people who refuse to buy into their fear-filled propaganda.

In the same breath, do we realize how ridiculous we sound trying to shame and one-up each other to own the title for the country or city that deserves the most grieving or media coverage?

As a daughter of two Nigerian-born parents, I'm made aware of constant terror and tragedy going on in the motherlands from relatives, and the last thing I want to do is shove it in the face of others, begging for their tears and forced sympathy.

It's the sad reality, but if the tragedy isn't happening to a white westerner, then global empathy just can't be expected. It absolutely should be, but I've come to accept that it won't. And that simply won't change overnight.

The world is conditioned to only feeling compassion for those it relates to most -- war and poverty-stricken areas, unfortunately, are at the bottom of that totem pole.

At the end of the day, just realize we're all sick. We're all hurting. We're all in a global hospital of poverty, terror, and corruption.

But instead of focusing on working towards healing, we rather run around to other hospital rooms telling people to look at your wounds to see how much your hashtagged country is hurting. To see the struggles your flag banner is facing. To feel the pain your shared articles are enduring. 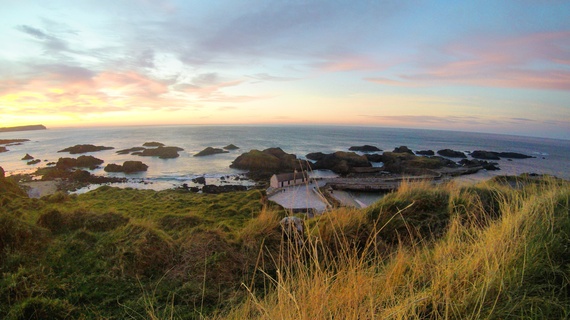 It's sad that even in tragedy, we find ways to knock each other down even lower, instead of banning together to fight against the terrorism that caused this to begin with.

Keep bannering up your profile pictures to the country of your choice. Keep prayer hashtagging cities of the places you're hurting for the most. But most importantly, keep spreading the positive energy and awareness the world needs.

And in doing so, understand there's enough room for us ALL to pray, heal, and stand in solidarity without dismissing the wounds of other people in the process.

Above all else, just keep praying for peace, because that's something that just about every country in this world can use right about now. And if you're going to operate on solely emotions, let it be the ones most synonymous to kindness and love.

Sorry terrorism, but you won't stop me from loving, living, and especially traveling. So don't let it stop you either. 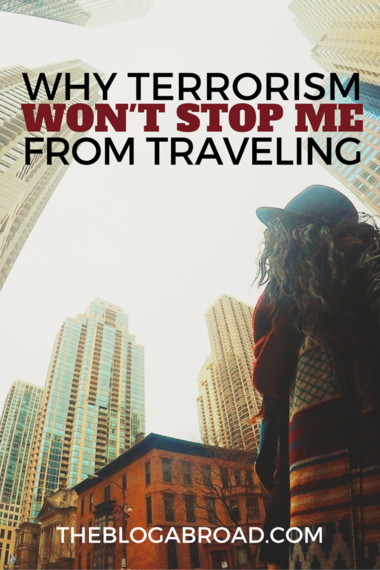 PIN this to keep the message going!


--
About the Author:
Gloria Atanmo is the author of "From Excuses to Excursions" and a travel blogger at TheBlogAbroad.com where she chronicles her adventures around the world, seeking to educate, entertain, and empower those around her. You can also follow along on Instagram for daily inspiration.