When was the last time you felt butterflies in your stomach over someone you just met? If it was recent, high five to you! But if your memory can't recall an exciting, yet nerve-wrecking first date, I think I might know why.

Unless you just don't like other people, there's a good chance your lack of fling-feeling has to do with the monotony of a daily routine, or the obvious fact that many of us have become drastically desensitized to feelings thanks to media and technology.

Don't get me wrong, I'm sure your daily routine is awesome, but if it is in fact a "routine", that means you're probably used to the same thing over and over again, which includes the way you date. Also don't get me wrong about technology, because lord knows I'm obsessed with it. I just also happen to feel like it immediately takes away from the excitement of meeting someone spontaneously who you happen to click with.

Flings are still able to happen when you're not traveling...but they tend to be more of a one week hook up and then, "That asshole/bitch never texted me back!" than a passionate encounter you'll remember for ever. And ever, and ever, and ever.

Flings that happen while you're traveling are always more memorable; whether it's because you knew time was limited, you enjoyed a change, or you were just insanely attracted to an exotic accent. Let me explain.

There's No Limits When There's a Time Limit 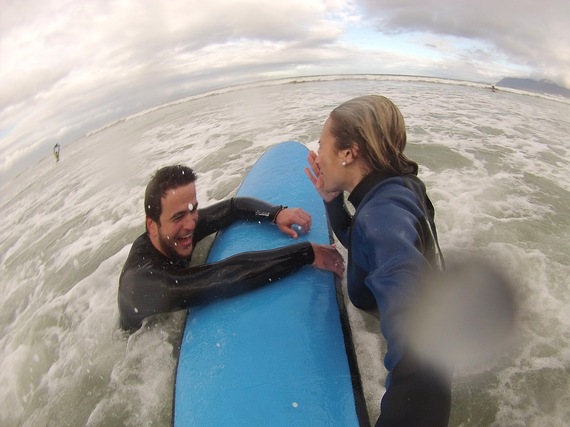 I can distinctly remember this super intense fling I had while traveling last year. He was tall, dark, and handsome, and happened to be staying in the same volunteer house as me in South Africa. He was from Istanbul (cue the thick sexy Turkish accent) and although he hardly knew me, he spent every moment while we weren't volunteering hanging out with me, protecting me from danger, trying to teach me to surf, and sharing stories about a life that was so completely foreign to me.

Normally, spending that much time with someone who you just met results in an ending as quick as the beginning. But, when you're traveling, and you know you only have a certain amount of time together, you WANT to spend every second of it with your fling. My fling and I were attached at the hip...for the entire week I was there.

You're Forced to Actually Learn About Someone

As foreign as my Turkish fling's life was to me, I was foreign to him too. He admitted when I first arrived that his initial impressions were that I was "too clean"...meaning I looked too put together and bitchy to actually volunteer in the underprivileged schools. When I came home from teaching the first day covered in mud with a giant smile, he softened, and immediately wanted to know everything about this strange little blonde girl who dresses well yet travels to South Africa to play in the mud with kids.

Hearing about his life in Turkey and him hearing about mine in LA was like a never-ending, awesome story time, and not just because we were attracted to each other. We were genuinely interested in learning about each other's lives, especially since they were so different!

You're Forced to Actually Listen & Not Be ADD AF

Since we are all well aware that it's 2015 and the average attention span of most Americans is a 3 second video, I'm just going to throw it out there that the majority of us suck at listening to other people. Why listen to someone else when you can just think about 20 other things, check your Instagram, or talk about yourself, right?

Well, try doing those things when you're traveling and your brain refuses to think about anything else, you likely don't have cell service, OH, and you probably don't speak the same language as the person you're talking to.

For instance, I couldn't understand the Turkish guy's accent for shit...even though it was really cute. His English also wasn't exactly great, so my fast-talking and his thick accent, combined with my self-proclaimed hard hearing and severe ADD made it extremely difficult to have a conversation.

"We're all just like wondering what you guys talk about all day since you both can hardly understand each other." One of the volunteers admitted with a laugh. Well, they were right, we couldn't understand each other well, but we both took the time to really listen and understand what the other was saying, since...we didn't really have a choice. Can you remember the last time you took hours of your time and focus to actually listen to what someone else was saying?

You Don't Expect the Unexpected

The best part of having a fling while I was traveling, was that I wasn't expecting it at all. I had actually just gotten out of an AW-FUL relationship in LA, and wasn't trying to meet anyone any time soon, but then of course it's like, KAZAM! Oh hey fate! Fancy seeing you here in South Africa! And thus, the unexpected fling was unavoidable.

Granted, I won't act like the idea of meeting a sexy foreign man who sweeps me off my feet isn't always somewhat on my mind while traveling (and single)...I just never think it's going to happen when it does. Sort of like secretly wishing you wind up sitting next to someone cute on the plane, and ending up next to someone with bronchitis...except the exact opposite.

You Can Romanticize and Be Completely Unrealistic 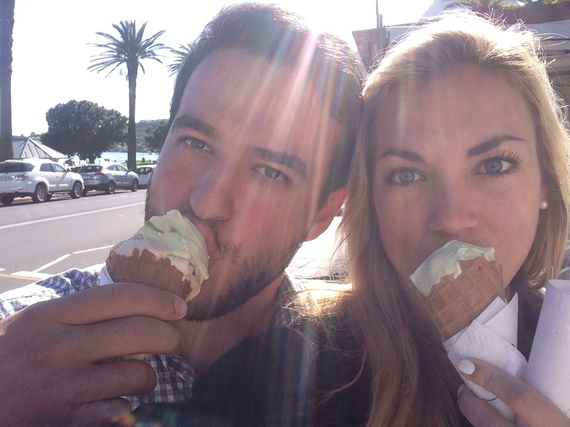 I knew there wasn't a great chance I'd see my foreign fling again, but the idea of visiting him in Turkey was as romantic as the year-long-week we had together in South Africa. The best/worst part of it was that we were finally able to go on our first/last date on my final day of the volunteer program. Technically, that's about the normal amount of time until you'd go on a first date with someone back home, but when it happens while traveling, it's way more intense, because distance is always a huge factor.

We aren't just talking about not seeing each other that often because "I live in West Hollywood and they live in Venice Beach"...we're talking about a 12 hour flight that costs about $1200, not to mention differing timezones and entire lifestyles in general. You have a short period of time to give someone your all, and it's passionate A F because you know that hello might also be goodbye.

You'll Always Get a Happy Ending

Get your mind out of the gutter! And if it wasn't in there than disregard that little remark. While again I'll offer mucho high-fives if you happen to "get lucky" with some passionate foreign fling sex, what I initially meant by always getting a happy ending, is that you're more likely to leave with a smile than a heart break.

Granted you might feel a little bit of heartbreak...I won't deny that I was close to tears for a few hours after my Turkish fling said, "I love you" and I awkwardly walked away in silence to board my safari tour vehicle. But the memory and the story of that one week in South Africa is a happy one, even if I didn't get my happily-ever-after ending.