As it is for millions of Americans, my favorite TV show is The Big Bang Theory, written and produced by Chuck Lorre, Bill Prady and Steven Molaro.

Everything works. Penny (Kaley Cuoco) is not only impossibly gorgeous and one of the most talented comediennes in TV history; Sheldon (Jim Parsons) is pure genius as the "wise fool" who speaks his truth regardless who it hurts; Leonard (Johnny Galecki) is not only straight man but the Geek who gets the Girl -- all the actors are so excellent that none is a minor player. They and the writers make a harmonious entity; warm, touching, hilarious. 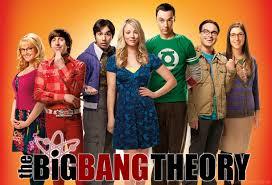 But there is something deeper in the show: a voice which should be heard.

"Bang" says that science is not to be feared.

Flashback in time to the 1931 classic movie Frankenstein. Remember how it ends? The villagers came with pitchforks and torches, intending to kill the scientist and the monster he created. Boris Karloff, (initially unbilled) star of Frankenstein, played the monster or "mad scientist" all through his career.

"He meddled in things man was meant to leave alone," is a classic movie line (from The Invisible Man with Claude Rains) which sums up the anti-science attitude.

That mindset continues to this day, and not just in the movies. How often do we hear politicians say, "I am not a scientist!", as if that is an excuse to not believe in global climate change.

Strangely, I did not watch the show for years, though my son Roman and wife Gloria kept telling me, "Watch this show, Sheldon is just like you!"

Well, no, he is not; at least I can't see it. For one thing, he is a physicist: I have trouble with basic math. In language skills, I can compete, perhaps, but nothing like the folks of Bang.

I do understand, however, Sheldon's answer to the question:

"What was it like, growing up in East Texas?"

"It was Hell," said Sheldon.

As a kid I combined physical frailty (asthma/bronchitis), a big mouth, and a perhaps unfortunate IQ level. I was surprised to discover that people do not appreciate being corrected. Imagine that! My religiously conservative parents were not eager for my questions on creation; my teacher objected to my reading books about sharks during her lectures; the schoolyard was a place of terror and frustration.

A boyhood bully unwittingly pushed me to learn weightlifting. I became strong, punched out my nemesis, and later competed nationally in Olympic-style weightlifting.

But I never lost the feeling that intelligence was something to be kept covered up, like a facial blemish.

At 70 I turned on The Big Bang Theory, and became an instant fan.

The core of the show? It is okay to be a scientist: being smarter than average can be difficult (and funny!), but it is not a crime. Scientists share the same problems that unite us all: they just work in a different profession.

Six of the characters have jobs in science. They struggle with actual physics problems. Real scientists like the great Stephen Hawking visit the show and share the laughter; and a working physicist, David Salzberg, PhD, checks the scripts (and the white boards on set) to make sure the intricate diagrams are right.

They even mentioned stem cells!

The world needs people like Sheldon and Leonard and Bernadette (Melissa Rauch) and Amy Farrah Fowler (Mayim Bialik, in a real life a PhD neuroscientist) -- because they fight giant problems which most of us cannot.

I remember my first scientific conference, at Asilomar, California, 21 years ago. It was about regenerative medicine, regrowing nerves, which may one day help my paralyzed son Roman walk again -- him and millions more across the world.

But they used only giant words, and I could not understand what they were saying.

I felt like Rex, the dog in the Gary Larson "Farside" cartoon who only knows one word of human (his name), and when the master is yelling at him for digging up the roses, all Rex hears is his name, "Rex, blah blah, Rex, blah blah, Rex..."

I kept nodding off from brain overload.

So, I had to learn. It was difficult, and still is. When I write a science piece, I have to read the background information about 20 times. (Tip: if you are curious about something in science, go to the website sciencedaily.com, and type in your query in the search box: accurate science in clear language.)

Public involvement in science is vital, not only to encourage government funding, but to counter those who would shut the research down.

It is a two-way street. We in the public need to learn; the scientists must make themselves more clear. We cannot support what we do not understand. And understand we must, for we face giant problems now: chronic disease, hunger and global climate change. These can only be answered with the help of science.

Scientists (if they want public funding) must develop their "people talk" skills. Like being a race car mechanic, they possess specific knowledge, and only another professional can easily understand their trade vocabulary. Scientists should practice the language of small words and practical examples, as when Leslie Winkle (played by Sara Gilbert) demonstrates extreme cold by flash-freezing a banana in liquid nitrogen, and shattering it -- to put the fragments on her cereal.

Secondly, we need to boost science everywhere, from TV reporting to education in schools. We especially need to encourage young women to seek careers in science. No "glass ceiling" can be allowed to block the rise of female scientists; we dare not deny ourselves the mental contributions of half the world; there is no need for massive upper arm strength when all one has to lift is a test tube. The mind is the muscle in science, and that is not limited by gender.

In Bang, science is not presented as something dark and dreadful, to be discredited. The work they do is plain hard mental labor. It requires practice, but is doable. The basics can and should be understood by everyone, so we will not be cheated out of the miracles it can do, like stem cells, which may offer cures to dozens of diseases, unless we allow the anti-science few to delay or deny it.

And there are also those few whose minds love science, as an accountant is comfortable with numbers, or how a master chef understands the interplay of scent and color and texture and taste -- to the benefit of all.

So hats off to THE BIG BANG THEORY! May it last a thousand years -- or at least until Penny and Leonard have children -- who grow up to be scientists themselves.

Don C. Reed is the author of STEM CELL BATTLES: Proposition 71 and Beyond: How Ordinary People Can Fight Back Against the Crushing Burden of Chronic Disease: with a Posthumous Foreword by Christopher Reeve, available now at Amazon.com.