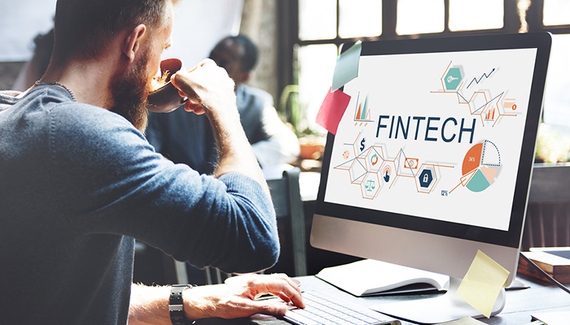 The digital transformation has completely changed the business landscape in record time. We seldom stop to take stock of the situation, but the events of the past few years make it much easier to follow these Hard Trends to predict the future.

The facts speak for themselves. What we now take for granted would have been unthinkable just a few years ago. Think about it: The world's largest cab company, Uber, does not own any cars. Airbnb offers more rooms worldwide than the biggest hotel chains and yet owns no property.

Meanwhile, the most valuable retailer in the world carries no stock. You could argue that Facebook is the largest media company, too, though it does not create any content. Do you see a pattern here?

These industries were forced to learn the hard way what happens when you try to delay the inevitable and fail to adapt quickly enough to the Hard Trends shaping the future.

Despite the clear warning signs for every industry, there are still those who believe that the old way of doing things will continue to work for another 10 years. The incoming freight train of technological change has done little to change those who find comfort in burying their heads in the sand and considering game-changing innovations hype.

One Hard Trend to watch very carefully is the speed of change that new financial technology start-ups, often referred to as "fintech," will bring to the finance industry, which to date has a divided opinion as to their impact. Consultancy , for example, believes that the wave of fintech companies that are setting their sights on shaking up the world of finance is vastly overrated.

Considering the speed with which technological change and digital disruption engulfed traditional industries, it seems a little strange for Deloitte to advise that it is unlikely that fintech companies will have more than 6% of the market by 2025.

By contrast, the former head of Barclays investment, , recently offered a more realistic warning that fintech start-ups will snatch the market share from established financial institutions and change the landscape of banking. The additional news that venture-capital-backed start-ups are about to hit a in 2016 further hammers home the point.

The technology behind the virtual currency Bitcoin, called blockchain, has the potential to be a major game-changer in the world of finance. Transactional charges could all but disappear, and blockchain could even deliver the much-needed cross-border micro-payments that can unlock new areas of international trade.

The only thing standing in its way are the infamous regulatory obstacles. Despite the old guard desperately clinging to the old way of doing things, it's somewhat refreshing to see leading the whole of Scandinavia into a cashless world.

Critics and those resistant to change might be wary of accepting this level of technology into their home banking, but make no mistake: This is just the tip of the proverbial iceberg. Your bank manager already knows every transaction you make, your monthly expenditures, shopping and travel habits -- and pretending otherwise is foolish. It's not about debating the rights and wrongs of such a system, but understanding what will happen.

Do you think that a world of mobile and cashless payments will be restricted to Scandinavian countries? Or are you already noticing a change in your habits and using cash less frequently? Once again, this is another easy way to spot a growing trend.

The speed with which online start-ups and competitors can grow in comparison to the world's largest organizations is staggering. There is already a long list of retail and media companies that failed to adapt, and we know how most of those stories ended.

Considering everything we have learned so far, I think that the time to stop being surprised when the wind of digital change blows through another industry has arrived. The recent suggestion that these pesky fintech start-ups will struggle to get beyond 6% of the market in 10 years fails to take into account the speed with which exponential change and disruption travel.