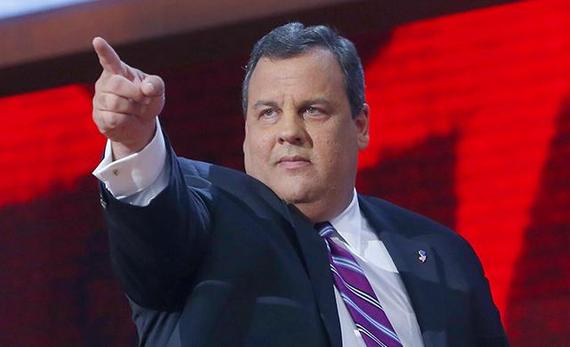 I saw Chris Christie on television the other morning when he stated that if elected president he would "take an oath of office, not an oath of party." It was refreshing to hear this from anyone, let alone a candidate in these highly polarized and partisan times.

Other than the last presidential election I have always voted democrat, but I am also an American who loves his country and wants to see our government function as best as it possibly can. I don't want a democratic landslide, but would instead prefer to see the two best possible candidates contending competitively for the most powerful and important job in the world.

Unfortunately, at this moment the GOP is not showcasing its best candidates but is instead running a spectacle worthy of World Wrestling Entertainment and doing a disservice to the Republican Party and the entire country as well. Consider the leading contenders on the GOP slate:

Unlike the group above, Chris Christie has shown me none of these shortcomings. As a two term republican Governor in a liberal state like New Jersey, Christie is a perfect example of a politician who not only understands bipartisanship, but engages in it as well.

I spoke with a Christie advisor who said, "Governor Christie has had to negotiate constantly and participate in give and take to get things done in New Jersey. He's worked hard to get the state back on the right track after years and years of mismanagement."

I told his advisor that I felt both Chris Christie and Hillary Clinton would make good opponents because they embody Nietzsche's statement: "That which does not kill us, makes us stronger." Neither backs down from adversity and both have successfully weathered their own scandals and have shown the necessary mettle required for the presidency.

"This is a big part of why people find the Governor attractive," the advisor said. "He's not going to change his message to the flavor of the month - he always remains consistent and goes right to the tough issues, and continues to address them whether they're popular or not. This is why voters in New Hampshire find the Governor so appealing and are giving him a second look."

His advisor and I discussed Christie's approach to entitlement reform, which political pollsters had advised him to steer away from, yet it's one of first issues he addressed when he began his campaign. We also talked about his experience as a U.S. Prosecutor, an important factor in addressing matters of national security and a subject he's extremely vocal about.

The endorsement of Chris Christie by the Union Leader in New Hampshire is a wake-up call for the GOP and perhaps an example of the tortoise (Christie) eventually catching the hare (Trump). I may not always agree with Governor Christie's opinions but I like his political approach, style and the fact that he doesn't waffle on issues. I find him to be a formidable debater. He's confident and articulate with a strong sense of humor and doesn't rely on a teleprompter or a standard set of responses to convey his message.

Real leadership entails galvanizing an entire country rather than a party. Our founding fathers created an effective political template which is useless if not properly employed. If we really want to exploit America's greatness we need competent leader to do so.