They say there is no such thing as a bad idea, but if someone had told me that they were going to raise millions of dollars for my nonprofit, by getting people to post videos of them pouring buckets of ice water over their heads, I would have questioned their level of intelligence. During my NGO team meetings as Kitechild, huddled around a whiteboard, we'd go around in circles brainstorming how we can get to peoples hearts and inspire them to connect with our mission, to be involved. So as I saw the Ice Bucket Challenge grow into an inexplicable phenomenon, with an action completely unrelated to the cause, I all but threw my felt tip marker at the whiteboard. Where did this come from, how did it raise millions for ALS, and what does this tell us about social media and slacktivism?

The challenge has no direct correlation with ALS, nor the multiple organizations supporting research and awareness for the cause. According to legend, it was started as a challenge by a man afflicted with the condition, and spread like wildfire from there. You probably know the challenge by now: you either make a donation to the ALS society, or pour a bucket of ice cold water over your head. Either one you choose, you challenge others to participate as well, and therein lies the beauty in how this has spread: you nominate others to a challenge, and who's going to walk away from pouring a bucket of ice water over their heads, especially if it's for a good cause and going to get a lot attention on social media?

But if so many people are uploading videos pouring water over their heads, are they still donating? And wouldn't it be better to just donate, and not waste (especially in California!) precious water? As an everyday citizen, this would be my first reaction: stop wasting water and just donate! But as an NGO founder, anything and everything that motivates people to raise conversations about my cause/mission is absolutely welcome or encouraged. 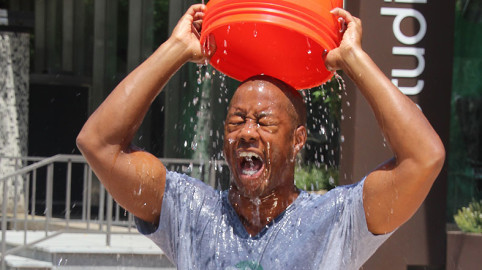 Like any smart business, we don't reach out to people for a one-time handout. We like to think that people want to have a lifelong relationship with the causes dear to their heart, and over time be able to see how their support has funded progress and changed others' lives.

There are two ways in which the Ice Bucket Challenge is a brilliant campaign for ALS:

Anything beyond that, in my opinion, falls into the realm of slacktivism. I've written about slacktivism before, arguing that social media can be used for good, to inform people of causes, but furthermore to inform them on how they can make a difference that goes beyond pushing buttons on our smartphones. Just how "liking" a page or a post does nothing for a cause, but more for your instant gratification, pouring a bucket of ice over your head is not doing anything either, but it's definitely getting you "likes" and comments as people think you are doing it "for a good cause."

What does this tell us about people, and social media, in general? Our children are growing up in a world where they equivocate "likes" and shares as validations of their popularity and "coolness," so of course, when everyone else is dumping buckets of water over their head, there's nothing like hopping on the old bandwagon and following the trend. And there lies the problem with the Ice Bucket Challenge -- yes, its generating much needed funding for research on this horrible illness, but are people actually connecting? 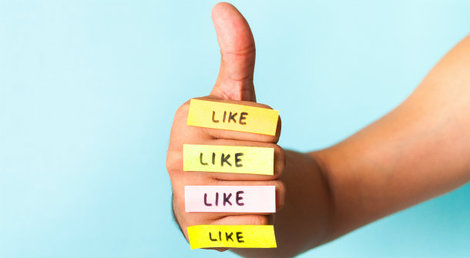 From personal experience, knowing three people who have/had the disease, it is a brutal, excruciating affliction that I would not wish on my worst enemy. ALS is a condition where your nervous system and muscles shut down until you are literally in a vegetative state, unable to care for yourself, communicate, or move, yet your mind remains pristine and intact, processing every single pain and loss of mobility you experience. The true causes of ALS are unknown and there is currently no cure.

So shouldn't we just focus on the fact that people are becoming aware and donating, disregarding why? I say no, and again, I am co-founder of a small NGO and trust me, I'd want nothing more than millions of dollars for our projects. But in the bottom of my heart and in the back of my business-oriented mind, I want people to care. I want them to connect and to be a part of something not because it's the trendy thing, or because they want to look good to others, but because they are somehow moved and inspired by the stories, the videos, and the photos that, thanks to social media, we are able to share far and wide. So while I agree with the mentality that "something is better than nothing," I still think we should take a good look at why we are getting involved -- is it for ourselves, or for cause? If one organization doesn't have a catchy viral hook, are they not worth the time, if no one can see and applaud you for being involved?

It's ok to want to share with the world what a good person you are, because that may inspire others to do the same. But if that's the only reason we are sharing and liking each other's videos, while forgetting the true issues at hand, it's not worth the self-gratifying posts that are more about us and not about the selfless aspect inherent in doing good.