Protecting the health of the high seas is, literally, the biggest global challenge many people have never heard of. It's therefore no surprise that hardly anyone realizes that discussions taking place at the UN over the next two weeks will impact the future of the high seas, the entire global Ocean, and therefore the planet. Because whether you live in a first world city by the sea, a land-locked country in the middle of Africa, a small island in the Pacific, or anywhere in between, these discussions affect you.

Vast Ocean areas beyond the national jurisdiction of any state cover half the surface of the globe and house the majority of its species. But the massive expanse and depths of the high seas is a remote, mysterious place that has suffered from being out of sight and out of mind. While climate change, endangered species and other issues have garnered major international attention, and - eventually - positive outcomes like last year's Paris Climate Agreement, the Ocean has been something of a Cinderella story: quietly doing all the work to keep our planet functioning, and clean up our mess, while being neglected and abused by its beneficiaries - namely, us. The high seas provide us with food and oxygen, and even absorb the excess carbon and heat we generate, but their importance is not reflected in the way we treat them.

The current system of high seas governance is chronically weak, fragmented and unfit for addressing the 21st century Ocean threats that include climate change, ocean acidification, excessive and illegal fishing, plastic and noise pollution, and biodiversity and habitat loss. There is not even a mechanism for establishing Marine Protected Areas (MPAs) in the high seas, a major governance gap that makes it impossible to grow the regenerative capacity of the Ocean for marine life, to capture more carbon dioxide and to improve its ability to produce the oxygen for every second breath we take. However, thanks to decades of tireless work and campaigning by scientists, some governments, organizations, and a growing movement of global citizens, a new chapter in the story of the high seas and us is about to be written: perhaps the Ocean will get to go to the ball after all.

In 2015, the UN General Assembly agreed to begin negotiations towards a new, legally-binding international agreement on marine biological diversity in areas beyond national jurisdiction (a tongue-teaser best abbreviated to BBNJ). This will be the first ever global treaty dedicated to protecting the life, ecosystems and habitats of the high seas - the last great global commons - and the importance of this decision, which took at least a decade to reach, is hard to overstate. But a happy ending - a strong, comprehensive agreement with "teeth" in the form of monitoring and enforcement provisions - is far from a foregone conclusion. Those tasked with negotiating the agreement will need vision, courage and character to achieve an outcome worthy of the challenge, and resist the inevitable calls for watering-down and evading commitments. From 26 August, government delegates will be gathering at the UN in New York for a meeting of the Preparatory Committee charged with determining the key elements of the draft agreement that will be put to the General Assembly. The time for this vision, courage and character to reveal itself is now!

And time is itself a key factor. It has just been announced that July 2016 was the hottest month ever recorded. In this age of climate change, as each day passes, we have to think more urgently about what we can do both individually and collectively to build resilience to these changes, to buy time for adaptation, and to help secure the future of the vital species, habitats and ecosystems that are being impacted.

The negotiations at the UN can do all of these things, but this process cannot be allowed to prevaricate for years like others have done. There simply isn't the time. Negotiators have a global responsibility to focus on quickly reaching a consensus on how to put in place the biggest single agreement after the Paris Agreement that will help us grow the health of the global ocean, increase species abundance and diversity, and in so doing enhance the capacity of this critical Earth system to withstand the impacts of climate change.

This is not a North/South, rich country/poor country issue; the Ocean is a great unifier. It has been incredible over the past decades to witness countries from every continent and every ocean coming together in support of this new high seas treaty, as more and more of them realized the need to address this critical gap in ocean and international governance. Likewise, it was wonderful to see the Ocean prioritized with its own Sustainable Development Goal last year, complete with concrete, time-bound targets. These achievements are the fruit of years of research, discussion and awareness-raising; the groundwork for the new high seas agreement has been laid. There is no need for negotiators to reinvent the wheel and start from scratch. 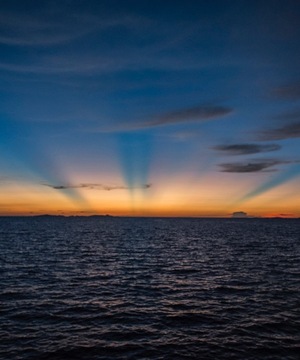 Negotiators also have guidance from 17 top global political and business thought leaders. Recent recommendations put forward by the Global Ocean Commission sum up the key elements the High Seas Agreement needs to include to be considered a success. It must:

We know what needs to happen; now we need to act fast and get it done. It is important that the delegates meeting in New York this week know that people around the world are watching and engaged in this process. Negotiating this new agreement is an opportunity decades in the making that must not be missed, or diminished. It calls for courage not compromise, vision not evasion. The time has come for us to compose a bright new future for the high seas and buoy up the prospects for all life on Earth.

This post is part of a series produced by The Huffington Post in partnership with Ocean Unite, an initiative to unite and activate powerful voices for ocean-conservation action. The series is being produced to coincide with the UN's Preparatory Committee Meeting (Aug 26-Sept 9) on an internal legally binding instrument on marine biodiversity in areas beyond national jurisdiction and is a part of HuffPost's "What's Working" initiative, putting a spotlight on initiatives around the world that are solutions oriented. To read all the posts in the series, read here.