On the arid steppes of Asia lives an elusive and noble feline.

The Pallas' Cat, also known as the manul, is a stocky, solitary animal around the same size as a housecat. You're not likely to catch a glimpse of them in the wild, as they hang out in rocky crevices and dens at elevations as high as 15,000 feet, according to the Wildscreen Arkive.

On top of that, keeping them healthy in captivity is a challenge, since living at such high elevations has given the cats immune systems that aren't equipped to handle viruses that thrive at lower altitudes, according to the BBC. This means that conservation efforts to keep the wild population healthy are especially important.

We're convinced that the elusive nature of this wise-looking creature is the only reason why the Pallas' cat didn't become the star of the Internet long ago. Seriously, just look at these guys...

The cats are classified as "near threatened" by the IUCN. They have historically been killed for their fur, although protective laws have helped to decrease hunting, according to Wildscreen Arkive. However, Pallas' cats still face an assortment of dangers. Their primary food sources, the pika (i.e. the inspiration for Pikachu) and vole, are both poisoned in large numbers because they are viewed as pests. Additionally, habitat degradation and climate change continue to threaten the cats.

For more information on the Pallas' cat, check out Wildscreen Arkive.

CLARIFICATION: Pallas' cats, while adorable to look at, should not be kept as pets. Not only is it difficult for them to survive at low altitudes, but they are truly wild animals. A Pallas' cat kept as a pet would be truly miserable, and would probably make you miserable, too.

Why The Pallas' Cat Should Become Your New Favorite Animal
Pallas' Cat, The Wisest Of All Cats 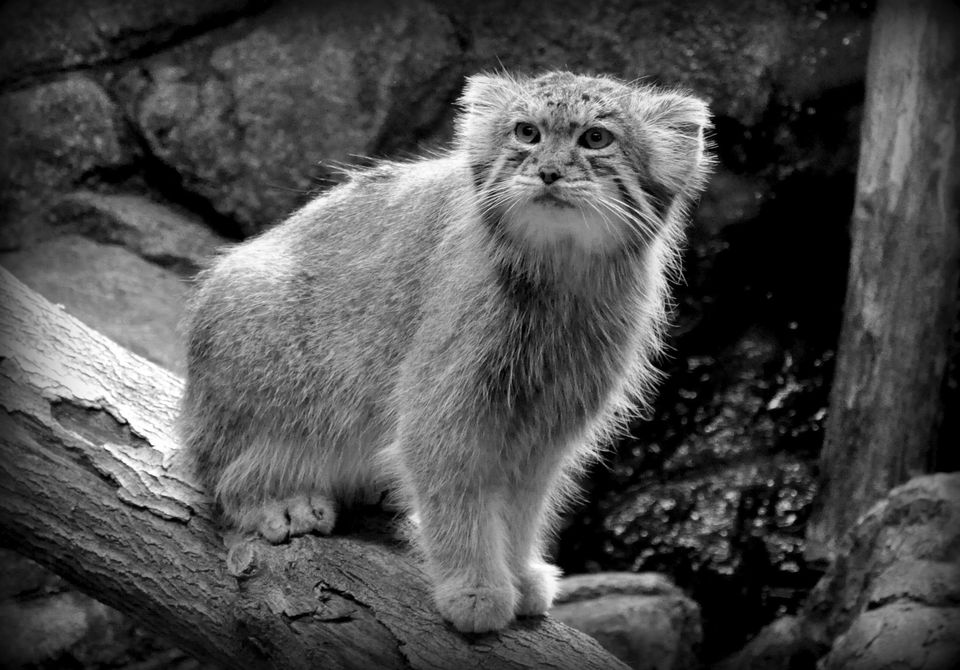