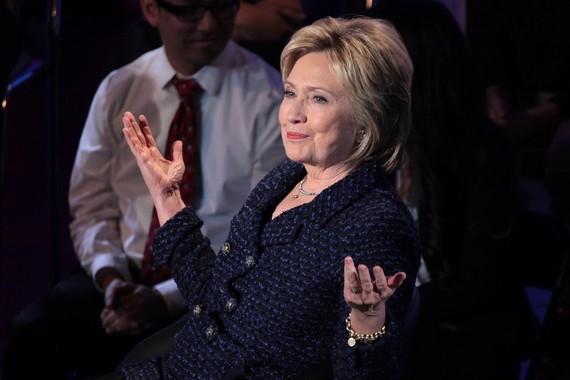 The vast majority of pundits declared Hillary Clinton the decisive winner of this week's debate. This includes both conservative and liberal pundits. For instance, Douglas Schoen of Fox News wrote:
"She was ready for all of his quips with a litany of detail that may have bored the viewer at points, but showed why she is winning on qualifications, experience and temperament in every poll."

However, most post-debate online polls are breaking for Donald Trump as the winner. These polls are not rigorous, in that anyone can vote in them multiple times, regardless of whether they would vote in the actual election. Still, some of these polls have hundreds of thousands of votes. They provide significant evidence of enthusiasm for Trump's debate performance and suggest that the pundits are wrong about Clinton dominating the debate.

So what explains this difference between the polls and the pundits?

As an expert on the role of emotional intelligence in public life, including in debates, I have long observed that mainstream media commentators don't give sufficient credit to the role of emotions in shaping public perceptions. Understanding the impact of emotions in politics is key for making an accurate prediction of how debates will impact voting.

Pundits vs. the public

Pundits tend to focus on the substance of the debate by analyzing the content of each candidate's statements. Schoen's quote above is typical of what pundits value: policy details that express appropriate qualifications and experience.

This focus on content fails to fully reflect what actually influences the viewing public - body language and tone of voice.

The first-ever presidential debate, between Richard Nixon and John F. Kennedy, was apparently seen as a tie by those who listened on the radio. Yet, those who watched on television and got to compare the energetic and healthy-looking Kennedy with the pale, shifty-eyed Nixon saw the former as the winner.

In the presidential debates most Americans focus more on nonverbal cues of body language, and remember them after the debate is over, compared to the content of what is said, according to David Givens, director of the Center for Nonverbal Studies, a private nonprofit research center. These nonverbals are of fundamental importance to communication, and they often mean more than what is actually being said.

This is something that traditional pundits fail to give due credit. This failure can be seen in previous debates in which Trump participated for the Republican presidential nomination. In most cases, pundits declared that Trump was defeated by his competitors, but he won in post-debate online polling and ended up with the nomination. 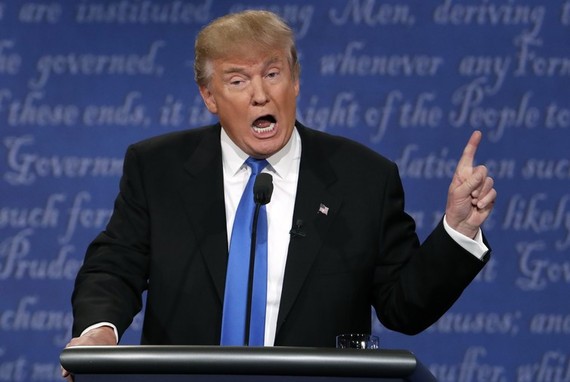 Emotional intelligence is especially important for leaders due to the phenomenon of emotional contagion - the ability to "infect" large numbers of people with your emotions. Research shows that emotionally intelligent leaders are especially skilled at emotional contagion. This is a fundamental component of what scholars call charisma, the whole complement of factors that enables a leader to influence others through the leader's personality.

In my work on the role of emotional intelligence in public life, I have long highlighted Trump's strength in playing to the emotions of his audience. He has succeeded in being perceived by the public as more honest and authentic, despite fact checkers saying otherwise.

Emotional intelligence and the first debate

Charisma has long been a weak area for Clinton. She has struggled to overcome the persistent impression that she's inauthentic, cold and distant, which she says emerged from her learning as a young woman to control her emotions. In this debate, Clinton needed to demonstrate a better sense of emotional connection to the audience to win over important demographics, such as Bernie Sanders supporters.

Despite her command of policy and substance, Clinton did not in my view succeed in conveying strong emotions during the debate. For instance, in the part of the debate about the economy, the most important issue for U.S. voters, she conveyed a clear plan, with strong evidence backing it up. In her debate preparation she likely worked on injecting emotions into her presentation through telling stories, a classical way of conveying emotions. She shared some powerful stories of people suffering from the poor economy and how her policies would help them out.

But her nonverbal cues - body language and tone of voice - showed lack of emotional expression. For instance, in this moment in the debate, Clinton talks about helping people who are struggling to balance family and work, and experience various stresses.

Yet her tone and body language do not change to reflect these emotional topics. She did not gesture or change her voice to express empathy with those who struggle and have stress. She looks the same as she does a little later or earlier when talking about policy details.

Nonverbal cues of body language and tone are especially important in cases where the content of the verbal statement is at odds with the nonverbal cues. Emotional stories told with flat affect are unlikely to work for convincing the undecided and Bernie supporters that Clinton truly cares and is actually fighting for them.

Training in conveying emotions through body language and tone of voice could help Clinton in the next debate and public speaking in general.

By contrast, Trump looked like he truly cared about the economy. Right out of the gate, he spoke to the emotions of voters by expressing concerns about jobs leaving the U.S. Despite the lack of detail and his difficulty responding to questions about how he would solve this problem, his body language was angry and authoritative.

He appeared to be a strong protector to those voters, especially working-class ones who are suffering economically. He may have even appealed to those who are doing fine, but believe that the economy is headed in the wrong direction.

Trump also harshly criticized Clinton on trade deals such as NAFTA, calling it the "worst deal ever" in a strong and aggressive manner. Clinton's calm response that Trump is "inaccurate," without good nonverbals indicating her authentic belief that he was lying, is an example of how Trump got the best of Clinton on the nonverbals.

Overall, I would argue that while Clinton won the debate on content and substance, Trump won on style and charisma. In fact, I believe the 2 to 4 percent gain for Clinton predicted by FiveThirtyEight and other pundits in the next week will fail to materialize. Until they start taking emotional engagement into consideration, pundits will continue to be wrong about debate outcomes, and we should question their initial predictions.

Bio: Dr. Gleb Tsipursky runs a nonprofit that helps you reach your goals using science to build an altruistic and flourishing world, Intentional Insights, authored Find Your Purpose Using Science among other books, and regular contributes to prominent venues; and is a tenure-track professor at Ohio State. Consider signing up to the Intentional Insights newsletter; volunteering; donating; buying merchandise; and/or support him personally on Patreon. Get in touch with him at gleb@intentionalinsights.org.