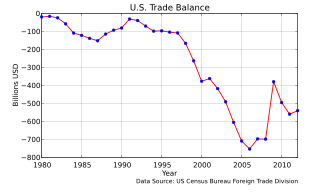 While trade is indeed a great and wonderful force for improving the human condition, the fundamental problem with any agreement approaching the scope of the Trans Pacific Partnership is that the complex weave of needs and demands from many nations will invariably cause it to deviate very significantly from David Ricardo's extremely simple theoretical model of free trade. In doing so, those theoretical Ricardian gains are reduced and the distribution of any remaining gains is very uneven. This unevenness creates opportunities for mercantilist exploitation by countries that approach trade pragmatically and aggressively. Their victims are those who naively pursue "free trade" as an ideological ideal, are desperate to make a deal under an all too obvious deadline and whose top officials are easily and openly corrupted; namely, the United States of America.

America at a trade meeting is like some backwoods buyer walking onto a used car lot full of smarmy salesmen with his checkbook out while loudly shouting, "I'm not leaving here without a car!" This explains why the promised manufacturing job gains from deals like the recent Korea Free Trade agreement never materialize. In fact, it's just the opposite as KORUS demonstrated. In the three years following that deal Korean exports boomed and U.S. exports declined and our trade deficit with that country nearly doubled. Decades of this sort of naivety explain why the chart of American trade losses since NAFTA look like a mirror of the hockey stick curve from an overly ambitious student business pitch. Sadly, the only "upticks" in this chart are recessionary years when American's couldn't afford to buy much of anything. We are currently shipping away about 2% of our GDP annually, which makes all the difference between realistic economic growth and the endless slow-growth morass we've been stuck in.

So why do administrations, particularly supposedly pro-labor ones, continue to pursue these deals? There are two sad reasons. The first is that the American President, notably this one, always yearns to establish a major foreign policy legacy before leaving office. This creates that dangerous sense of urgency that America always brings to a negotiating table filled with smarter, less desperate dealmakers. After all our future TPP "partners" like the Sultan of Brunei and the communist dictators of Vietnam aren't about to be forced out of office in a democratic power transition.

The second reason the bad trade deal parade marches on is that the President's advisors and the top staff of the congressional leadership always recommend it. Partially, this is because many of these folks are currently feathering their nest for lucrative consulting and lobbying deals abroad when they leave governmental service. Even former Presidents and Secretaries of State play the game. In their defense, their advocacy for trade deals is always backed with the recommendations of top economists from leading DC think tanks. Why is that?

In any discipline other than macroeconomics the scientific method would demand rejection of a theory, no matter how beloved, when it failed multiple real world tests. As the empirical evidence against ideological free trade piles higher, it requires ever more brilliant minds, building ever more intimidating mathematical models to justify our continuing down this road to hell. That takes lots of money and somebody has to be paying for it. Who is that?

Powerful U.S. manufacturers now offshore most of their production to exploit labor and the environment abroad and they benefit even more from the uneven playing field America negotiates in these deals. Big retailers love the low prices it enables them to offer the underemployed, debt-burdened American consumer. The looser here are most American workers and those small business owners and entrepreneurs who struggle daily to create real American jobs in a noncompetitive regulatory climate. However, those folks and their little business don't matter because they don't fund DC think tanks or the PACs and Super PACs that elect our Presidents and keep the Congressional leadership firmly in place.

Greg Autry is an Assistant Professor of Clinical Entrepreneurship at the Marshall School of Business, University of Southern California. He serves as senior economist with the Coalition for a Prosperous America and is on the board of the American Jobs Alliance. You can find him on Facebook.