As much as I’d love to vote 2016 off my island, the Year From Hell still has about six weeks during which we undoubtedly will ask “Can this get any crazier?” It reminded me of this column I wrote five years ago. It bears republishing in this, the Season of Our Country’s Discontent. Here it is in its entirety:

I have a friend who I use instead of Prozac. Whenever life feels overwhelming, I call her and ask her to lunch. Apparently, she’s the drug of choice for many people because her calendar is always heavily booked; I love that she squeezes me in when I use the secret emergency code words “It’s been so long since we’ve talked!”

I can talk to Jae Wu about anything and she hears me. Notice, I didn’t say she listens. Lots of people listen — my dog listens if I hold a cookie in my hand — but no, Jae actually hears. She nods sometimes when I’m speaking, but mostly what she does is hear me. Jae never feels compelled to rush in and fill the pause of a conversation the way I do. She also hears the silence.

Jae’s life is not without complications of its own. She owns a successful real estate firm on the Westside of Los Angeles — and holds the distinction of probably being the only top-producing real estate agent in LA who has never tried to get me to write about one of her listings. Jae is also mom to two boys, one with special challenges. When she learned of her son’s diagnosis, she did what Jae does: She kept breathing.

I met Jae quite by fate, since as Jae taught me, there are no such things as coincidences. Awhile back, I founded a women’s networking group for entrepreneurs. One month, our keynote speaker canceled at the last minute and someone suggested Jae as a fill-in. She came, she spoke, and nobody in the room budged from their seats for the next few hours. Jae not only hears; when she speaks, she speaks from the heart.

From the day I met her, I’ve wanted to unravel the mystery of Jae. How is it that she carries such a full load and doesn’t let it weigh her down? I’m a spiritual person, and by and large a happy person — but Jae has this calmness about her that sets her apart. When Jae enters a room, she becomes its center. How is that?

Jae says she wakes up each morning and before moving from the bed, she mentally runs down everything she is grateful for. She makes lists in her head of all that is right with the world, all that she loves, all that she is looking forward to that day, tomorrow and the next. She thinks about how she can make all the people she knows happy. She does this every day. She starts her day with an attitude of gratitude.

Jae Wu’s life isn’t any less stressed or complicated than mine or yours — far from it. It’s that she knows something we know but don’t always remember. She knows that like beauty, happiness — dare I say inner peace? — is in the eye of the beholder. She knows it feels better to give than to get, to share than to hoard. She knows the difference between needs and wants. She knows that kind people trump mean ones, that your burdens are lighter when shared and that every day is a gift awaiting your unwrapping. She knows that even in the face of illness, there is life to be lived between the cracks.

I keep hoping that her attitude of gratitude will rub off on me. But for now, I am just grateful to be having lunch with her soon.

PHOTO GALLERY
A Guide On Expressing Gratitude During Stress 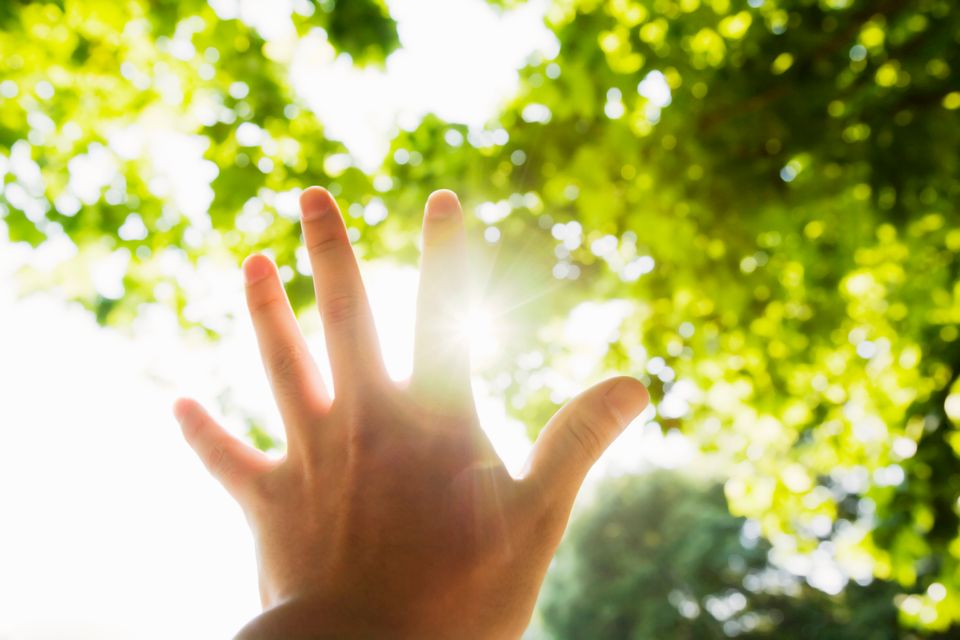 1 / 5
You have everything you need.
Kohei Hara via Getty Images