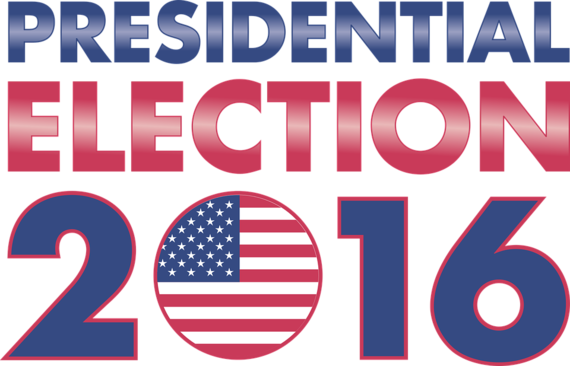 This election is personal.

Like everyone else, I'm concerned about the economy, climate change, ISIS and national security. But what keeps me up nights most is family security. Specifically, the security of my autistic young adult son.

Which candidate will best protect his interests and help him achieve a meaningful place in society?

Not Donald Trump. Whether it's dismissing vets with PTSD, mocking a deaf actress or a New York Times reporter with arthrogryposis, vengefully withholding health care coverage for his nephew's disabled infant, or making fun of Senator Harry Reid's blinding eye injury, Trump treats people with disabilities as a punch line.

My son's future is nothing to joke about.

It's clear who will advocate for him. Hillary Clinton's concern for the rights of the disabled has bracketed her entire career. Her first job out of law school was to go door to door for the Children's Defense Fund to find out why so many children were missing school. She discovered that schools weren't accommodating kids with disabilities. The documentation she compiled was pivotal in pushing forward the special education law that eventually became the Individuals with Disabilities Education Act (I.D.E.A.), the most important piece of civil rights legislation for children with disabilities ever passed in this country.

The special needs community desperately needs a champion. Services for disabled adults are abysmal. Children like mine exit the school system into a woefully ill-prepared, bureaucratized and difficult-to-navigate adult social service system charged with meeting their needs. My son graduated three years ago. He now attends a Medicaid-funded day program. He is not employed. I'm terrified for his future. I.D.E.A. guaranteed him an education, but after the age of 21, all the mandated educational supports and services vanish. Once that little yellow school bus stops coming to the front door, it's like falling off a cliff. The system spent 16 years educating him, only to let him languish the next 60 years stuck at home in front of the TV.

He's not alone. More than 3.5 million Americans are now believed to have an autism spectrum disorder; the Centers for Disease Control and Prevention's estimates ASD affects one in 68 American children. The disability community isn't a special interest group. A recent Rutgers study found that one sixth of the electorate is disabled, and the U.S. Census estimates that nearly 20 percent of the U.S. population has a disability. Americans with disabilities continue to be left out of the workforce. For those who are employed, too many are in under-stimulating jobs that don't fully allow them to use their talents.

Clinton has framed this issue not just as one of health care benefits or social services, but as an economic one as well, focusing on full inclusion of disabled people in the economy. She has not only acknowledged the needs of people with disabilities and mental health concerns. She has specific, comprehensive plans and policies to address them. She is committed to fulfilling the promise of the Americans with Disabilities Act.

Her Plan to Support Children, Youth, and Adults Living with Autism and their Families highlights the need for increased research funding, universal screening, diagnosis, treatment services, bullying prevention, improved housing and employment opportunities, and safety and legal protections across the lifespan. Her initiatives seek to integrate people with disabilities into the nation's economy. This issue, she says, "really goes to the heart of who we are as Americans."

Her plan includes provisions to provide tax relief to assist families caring for aging relatives, as well as members with chronic illnesses or disabilities. Disability advocates and scientists hail her comprehensive initiative as the most detailed policy document on autism in U.S. presidential election history.

Disability issues were front and center throughout the Democratic National Convention, which -- symbolically -- took place the same week we commemorated the 26th year anniversary of the passage of the I.D.E.A. Disability rights advocate Anastasia Samoza offered a ringing endorsement of Clinton: "In a country where 56 million Americans with disabilities so often feel invisible, Hillary Clinton sees me."

I know she sees my son too. She has pledged to fully support "a group of Americans who are, too often, invisible, overlooked and undervalued, who have so much to offer but are given too few chances to prove it."

Clinton is pragmatic. She has a record of reaching across the aisle and getting things done. Her plan fully takes into account the needs of our disabled adult population. It has the potential to be as far reaching and life-altering as I.D.E.A. My son deserves that most basic of human rights: a life without fear of abuse, one filled with meaning and purpose.

Liane Kupferberg Carter is the author of Ketchup Is My Favorite Vegetable: A Family Grows Up With Autism.