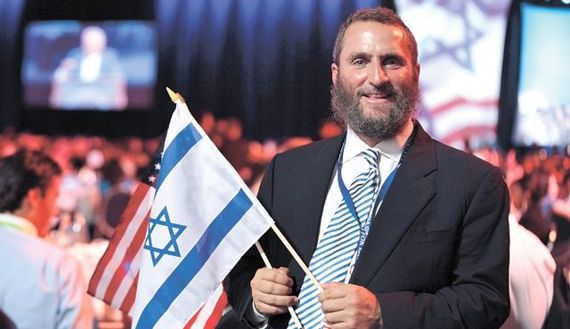 In the Jewish world, no writer has done this better than my fellow Huffington Post blogger Shmuley Boteach. He was an authorpreneur before the word existed. Shmuley is a good writer. He is a masterful marketer. But most importantly--and what I admire most about him--he has a message that matters. He is a unique voice bringing Jewish values to bear on public life. Any rabbi or religious leader who has a message with a difference can learn from him. How does he do it?

1. He writes on what matters: Good writers know they write not for themselves. They write for their readers. They meet them where they are. They start with the readers' problems and address them.

When Shmuley writes about bringing lust back into marriage, he writes for all men and women who struggle in marriage. When he writes about genocide and what we can do to stop it, he writes for all of us who shudder at the atrocities we see in the world around us. He knows that Judaism matters for the here and now, and it can speak to our deepest needs.

2. He doesn't mince words: We rabbis tend to qualify our sentences. "On the one hand...but on the other," as Tevya the milkman famously said in Fiddler on the Roof. This approach has the advantage of acknowledging different points of view and respecting the complexity of the issues we face. Such qualification can, however, muddle our message. It can make us seem less sharp and forceful.

Shmuley doesn't mince words. In one advertisement he put together with Noble Peace Prize winner Elie Wiesel, he asked if Hamas was willing to give up child sacrifice, as the Jewish people did 4000 years ago. His latest book is "Kosher Lust: Love is not the Answer." While such directness surely produces detractors, it also creates clarity and hones his brand.

3. He interacts with people from different walks of life: Shmuley is perhaps most famous for his friendship with Michael Jackson. Yet, he has also worked with Senator Cory Booker, Ambassador Samantha Powers and psychic Uri Geller. His Judaism knows few intellectual or cultural limits.

4. He is prolific: Shmuley has written 30 books. And his articles seem to appear everywhere. I'm not sure how someone can write as quickly as he does, but I wish I knew. Sure, not all of it is Pulitzer-Prize worthy. Yet, he gets out a Jewish message that matters. And he even got out a book while running for Congress in 2012.

As a Reform rabbi, my understanding of Jewish tradition and practices differs significantly from Shmuley's. He is not as embracing of interfaith marriage or the evolution of Jewish law as I am. He occasionally says things I find outrageous. Yet, his efforts to bring the Jewish message to the public square and cultural conversation pushes me to do the same.

To get some wisdom, inspiration and even a few laughs, click here to get 10 Quotes from Shmuley.