Presumptive Republican presidential nominee Donald Trump has a seven-point plan for reforming healthcare, and a notable element is allowing individuals to deduct insurance premiums from taxes.

This proposed change to the tax code is meant to mirror how employer-based insurance is subsidized. It would mean that whether you buy health insurance directly from an insurance company, or get it through your job, you wouldn't pay income taxes on your premiums.

Trump seems to suggest that this change would even the playing field between employer-based insurance and individual coverage.

But that isn't true. Deducting individual premiums from taxes is not as good as employer-based tax exclusions. To understand why, let's calculate the impact of both approaches for the typical American family.

Let's meet our example family and get their financial basics:

Jane and her husband John have a household income of $80,000. They are subject to a 25 percent marginal income tax and a 7.65 percent FICA tax, which funds Social Security and Medicare. Their family health plan costs $12,000 per year.

Their take-home pay is higher if their health plan comes through their employer, rather than purchased individually. This is true even if Trump made it so they could deduct the cost of the individually-purchased plan. The following explains why.

Employer-sponsored health insurance has been considered nontaxable by the IRS since the inception of the federal income tax in 1919. The practice of providing compensation in the form of "benefits" became more popular after World War II, and the tax-excluded status of employer benefits was officially cemented in the Revenue Act of 1954.

This system benefits both the employee and the employer, who can avoid income and FICA taxes from any funds spent on health insurance.

Individual insurance is currently not excluded from taxes. But Trump's plan would change that--kind of.

When she pays her taxes, she can retroactively deduct the $12,000 in premiums from her taxes. That comes to $3,000 in her tax return, which leaves her with a total of $44,880 after taxes and health insurance. 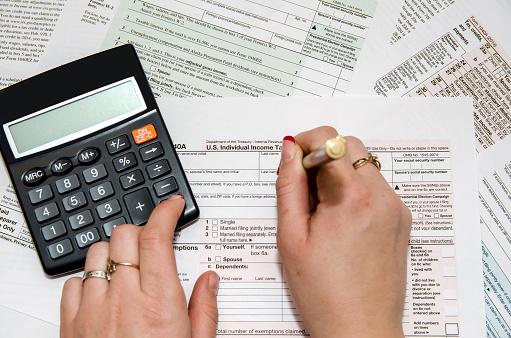 As you can see, with employer-based health insurance, Jane's household has almost $1,000 more in take-home pay. So while Trump's plan would make individual health insurance more attractive than it is now--all else being equal--it still would not be as good as getting coverage from an employer.