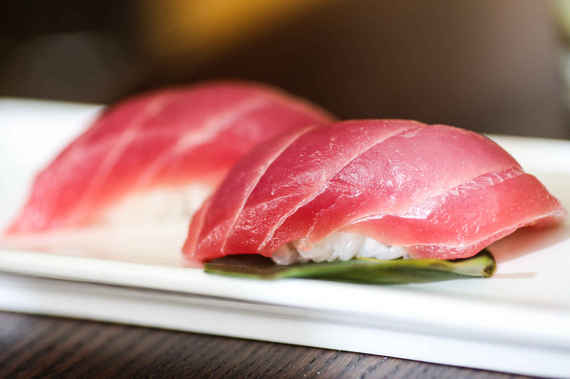 Tuna is a fish of contradictions: it's hard not to love, but it's also hard to love anyone who's just eaten it.

To better understand the chicken of the sea (and the origins of that nickname), we quizzed Andrew F. Smith, author of American Tuna: The Rise and Fall of an Improbable Food, about everything from the popularization of canned tuna to the migration of the near-endangered bluefin. 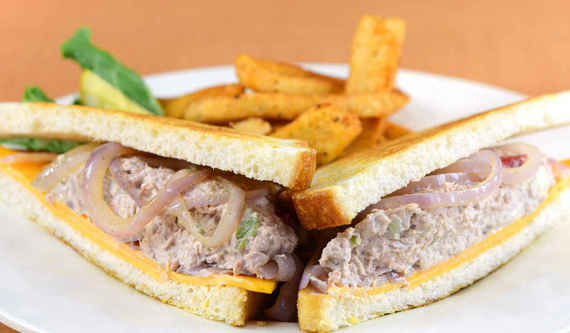 What type of tuna comes in cans?

If you're buying light tuna, it's probably skipjack, which is not scientifically considered tuna, though nobody told that to the FDA before they commercially labeled it as such. In addition to the tuna family's adopted son, you'll also find canned albacore and yellowfin. They grow extremely quickly and reproduce in massive numbers at a young age, despite constant lecturing from their more mature bluefin cousins.

How did it become popular?

Fishermen considered tuna a trash fish until the early 1900s, so, back then, the ocean was full of trash in a very different way than it is now. Americans looked down on it because of our preference for white over dark meat. Thus, the earliest canned tuna was the white meat of the albacore.

Much of the flavor (and smell) of tuna comes from its oil, so in order to smother the stank, the earliest canners learned to remove the oil and pack it with water after steaming it. This worked to both remove bacteria and increase shelf life. Nowadays, the most expensive canned tuna is packed with extra-virgin olive oil to emulate the fish's natural oils.

Before chicken of the sea was a brand name, it was a marketing trick that helped start the first wave of tuna consumption that hit just before WWI. Since it was then the cheapest protein on the market, Uncle Sam deemed tuna the perfect ration for Allied troops, who did not have to worry about offensive smells.

The next boom for tuna came during the Great Depression, as mothers could cheaply and easily pack tuna sandwiches for their foul-mouthed children.

What's the deal with the dolphin-free label?

Science can't explain it, but yellowfins love to hang out underneath dolphins. Commercial fishermen send out spotter planes looking for dolphins, then drop nets underneath them and pull out massive schools of tuna. It's not without collateral dolphin damage. In 1990, the U.S. passed an act to protect dolphins from net-fishing, but many think the act wasn't comprehensive enough, and that tuna catching practices are still pretty fishy.

More: Salmon sucks: Sushi chefs reveal the most over and underrated fish 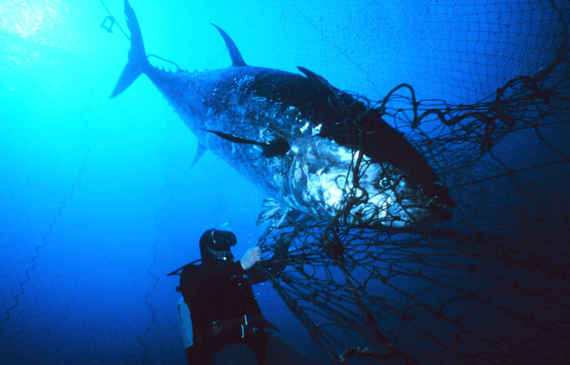 What's the deal with bluefin?

Bluefin are the largest, oiliest, and most delicious of all tuna. They're also incredibly strong swimmers who migrate thousands of miles. So strong, in fact, that fishermen's nets were not solid enough to catch them until the adoption of nylon in the '50s. Back then, boats would pull up their nets for fear of bluefin destroying them. Now, a catch means the fisherman has netted thousands of dollars.

Find out why fisherman hunt bluefin all over the world even though they're probably endangered and definitely illegal (in some cases) on Thrillist.com!