First came the clash at Davos in January 2009, when Turkey's Prime Minister Recep Tayyip Erdogan walked off the stage after an angry exchange with the Israeli president, Shimon Peres during a panel discussion on Gaza at the World Economic Forum. Then came the surprise uranium deal with Tehran, undermining Western pressure on Iran to come clean about its nuclear program, followed by the Israeli assault on the Gaza Freedom Flotilla, which sailed under Turkish flags, sending shockwaves throughout the world. Most recently, Turkey and Brazil have become the only countries that voted against UN sanctions to impede Iran's progress toward nuclear weapons capabilities. 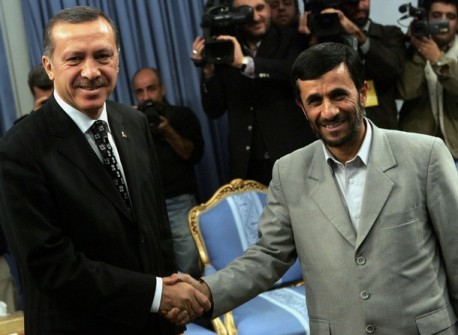 There was a time when Turkey had looked west and never looked back. Some say that the drift began in 2002, when the Justice and Development Party (AKP), rooted in the country's Islamist movement, came to power. But others, like the US Secretary of Defense, Robert Gates, lay the blame for Turkey's increasing independence squarely on European states opposed to Turkey's EU accession process, which has ground to an almost complete halt since it kicked off in 2005.

"I personally think that if there is anything to the notion that Turkey is, if you will, moving eastward, it is, in my view, in no small part because it was pushed, and pushed by some in Europe refusing to give Turkey the kind of organic link to the West that Turkey sought," he said.

This assessment has merits; the reality is that some EU member states - notably France, Germany and Austria - have become openly hostile to Turkish membership in recent years. France's President, Nicolas Sarkozy, and Germany's Chancellor, Angela Merkel, have stated that they would prefer Turkey to be granted what they call a 'privileged partnership' with the EU, instead of full membership. This came as a shock and an insult to the Turkish government and people, who had witnessed Eastern European countries, once hostile to the West ascend to the EU.

But why shouldn't Turkey look east?

Trade between Turkey and all 22 members of the Arab League has more than doubled over the past five years to just under $30 billion a year, still a fraction of its trade with the EU. However, since the recent global economic downturn, coupled with the collapse of the Euro, Turkish economists have been urging the government to expand its trade with the Middle East and the Far East.

Turkey recently signed a deal with Arab neighbors Syria, Jordan and Lebanon to establish a cooperation council to create a zone of free movement of goods and people. Although the Turkish Foreign Minister Ahmet Davutoglu said that the deal should not be seen as an alternative to the European Union, he invited all other interested countries to join.

In addition, with Turkey having no energy resources of its own, Iran is its second biggest source of energy imports after Russia, supplying roughly one-third of Turkey's total natural gas consumption last year, 10 billion cubic meters.

The West's loss of Turkey has frightening strategic consequences, as was evident in Turkey's stance on Iran. Its stance against Israel has also embarrassed U.S.-allied Arab states such as Egypt, which have shied away from confronting Israel despite popular demands to do so. Since his Justice and Development party (AKP) came to power in 2002, Erdogan has been accused by his detractors that he is trying to reclaim the former "grandeur" of Turkey's Ottoman Empire era. Did he succeed?

Perhaps not, but in Egypt, a reader of al-Masry al-Youm newspaper dubbed Erdogan as the "Caliph of the Muslims" in comments posted on its website, and his namesake is now popular with newborns in Gaza.