In a world where we're constantly grinding and chasing success, things can become very exhausting. In our quest for success and freedom and liberty, we often get trapped with the whole process and find ourselves losing all the energy and motivation in between. 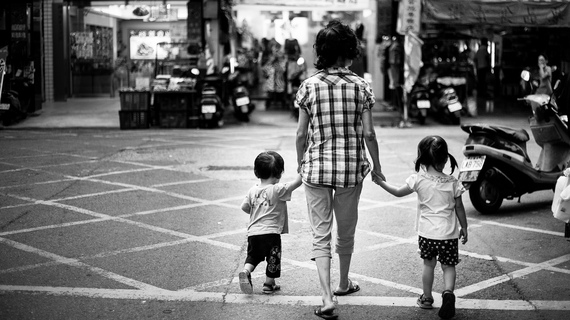 It's when we need to stop and step back.

Be Mindful of Mindfulness

We're on the way to achieving a certain goal and in order for us to keep going and avoid getting daunted along the way, we need to check whether what we're doing on a daily basis leads to the very road we're looking to go.

Having worked in both the corporate world and startups, I have come to a better understanding that both lifestyles of constantly grinding can be both rewarding and exhausting.

That's why we see successful people like Arianna Huffington are advocating the need to have a balanced lifestyle. In a study by led by David M. Levy of University of Washington where they observed three groups of people, one group underwent 8-week training course on mindfulness-based meditation. Those who have undergone the meditation stayed on tasks longer reported less negative emotions and improved their task performance and focus compared to the other two groups who didn't.

When I founded my startup a few years ago, one of the things that my mentor told me was putting emphasis on having a balanced lifestyle. I didn't quite understand it then and was struggling with my new responsibilities -- CEO and mom.

It's until recently that I took a step back and realized that while I was grinding, in order for us to maintain the sustain our momentum, we constantly need to recharge and refresh our memory to keep ourselves focus on the very goal on why we keep grinding each day.

Take Notice and Control of Your Schedule

Sometimes when we get so caught up with the process, we forget the whole direction where we're heading and often leads to one of the recipes why a lot of startups (or the people who work on goals) fail.

Recently, I have made a point to take notice and take control of my schedule. I have list down my to-do's to get a better sense of the direction of where I am going, what needs to be done on a daily basis and get to make that fulfilling feeling of ticking the "Done" boxes at the end of the day. Every weekend, I make it a habit to sit in a corner and go my daily Calm session.

Take a Step Back and Launch Better

It's those simple minutes away from the computer that keeps me sane and really thinks of the week ahead on a much clearer and calmer head. After all, we all have weekly, monthly and yearly goals we've set for ourselves and in order for us to be on track to keep hitting those, we need to have a constant reminder of why we're doing them in the first place. Without regularly reminder ourselves, refreshing our memories and recharging our motivation, we'd hardly get anywhere near our goals. Or in most cases, we'd give up just when we're so close to the goals.

Over the years, I have learned that some of the most rewarding moments of my career and pursuit for challenges were those times when I could take a few steps back, analyze where I failed (or I thought those were failures then) and actually be able to decide and strategize better.

For times when I kept pushing even without knowing where exactly I was heading, I've gotten myself bruised and wounded instead.

Just like an arrow can only be shot by pulling it backward, life difficulties can only be best tackled by taking a few steps back and aim and launch forward!

Business writer with focus on productivity and consumer tech.