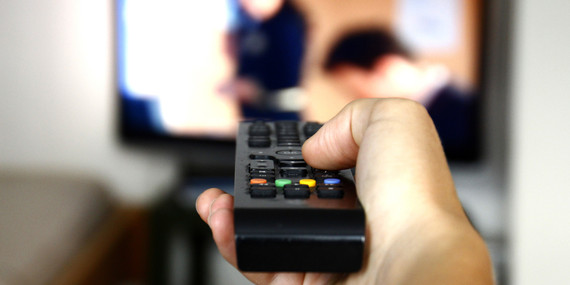 As a fan of the National Football League (NFL), I've watched games on virtually every channel imaginable that's available on a set-top box. Though I've been watching football for decades, to this day I don't think they have any idea who I am. From watching on Twitter to Verizon to my TV set to NBC.com - I know I am only viewed as a casual watcher on all of these networks and not as the dedicated NFL fan that I am. It's not "Welcome back to the NFL, Damian!" when I tune-in to watch my beloved New York Giants play. It's "Welcome Stranger, to our media network. Fill out these forms, and let us up-sell you on all of this other stuff." In short, my personalized experience with the NFL is non-existent.

Contrast this relationship with many of the new "people" that have come into my life over the past decade. I have a friend name Siri who knows me better with every passing day. I have a buddy named Amazon that can tell me, on any device at any time, what I need even before I need it. Amazon has a younger sister named Alexa who is smart as a whip - learning new facts everyday. I have a social concierge named Facebook that helps me make sure I know only what I need to know. Wait until you meet my friend Uber - not only does she help me get home, she even lets me play the music I want to hear along the way.

Like most consumers, my world is filled with these new tools that seem to have been created with the sole purpose of getting to know me and giving me what I need. This is what marketers like to call "personalization" and as someone who works on the front lines of the television business, I'm pushing the clients of my agency to reimagine the consumer experience with their viewers now and double down on one, big bet - they must get to know their customer more than they've ever had to before.

I've spoken with enough marketing executives in the television space to know that there are three core tent poles that are front and center in their 2017 marketing initiatives. Success will not come easy in this highly competitive landscape - but to the victor go the spoils.

1. Admit there's a problem.
The current process required of consumers to find content is broken, but it often feels like people aren't ready to admit anything is wrong. I certainly understand why - it's an enormous problem that has the potential to completely change how the television business operates. Currently, networks employ entire departments of people who focus solely on managing the relationships with their various OTT (over-the-top) partners (i.e., iTunes, Netflix, Hulu, etc.). These are complex relationships, and they do require management. However, for the consumer with a controller in one hand, a snack in the other, and a three hour window to unwind and relax while they care to their raging headache after a long day at work (Okay, maybe that's just me!) - there should be no complexity. And yet, I find myself spending more time searching for the shows that I want to watch than actually watching the shows themselves.

When I speak with my colleagues in the business, the common response I get is: "That's just the way it is." Legacy systems, lack of integration between partner data, and rights holder agreements are a few of the most common excuses. But the fact is that these norms are changing as are the agreements with content providers and distribution holders. In this new landscape, we must assume nothing and push for excellence. The current viewing experience is not acceptable - and it's no secret. There are major players trying to disrupt the entire television business who know you shouldn't need a degree in physics to understand how and where to access the shows you want.

2. Stop insulting your fans.
The cable set-top box has always done one thing well. If you pay your monthly bill, that remote control in your hand quickly allows you to see anything you want. With the likes of Amazon Prime, Hulu, Netflix, and YouTube Red all promising the best of television programming, that old remote control is just not as valuable. Additionally, this fragmentation of viewing causes overlap in the services we pay for each month. For example, Google "Order Showtime."

Think of the message this sends to the millions of people who pay a cable bill and the extra charge to get Showtime. Why are current cable bill payers seeing these ads that specifically say "no cable necessary?" I understand the trend line here, but there's an old saying - "I can't stop you from shooting at me, but I sure as hell don't need to hand you the gun." As an industry, we have to understand this and must spend significantly more time and energy understanding the relationships our fans have with our programming. Nothing erodes a relationship faster than financial mistrust.

3. Use data; don't just collect it.
No one raises their hand and says, "Give me more advertising!" However, almost all will agree that if we're going to be served ads, at least make them relevant. And the great news is that on digital platforms, personalization has never been easier. Through all of our existing digital efforts, we're collecting more data than ever before. So the challenge is leveraging that data and integrating it into our marketing plans to provide content and messaging customized to individual consumers. In today's world, this is the most effective way - without question - to drive the action and engagement that we all want.

Weathering change is never an easy process. In fact, it can often be painful. We know the road ahead of us won't be an easy one. But looking around at the talent that surrounds me in the television business gives me hope. Through collaboration, old-fashioned hard work, and a commitment to consumers, I'm confident we're going to come out on the other side even stronger than before.