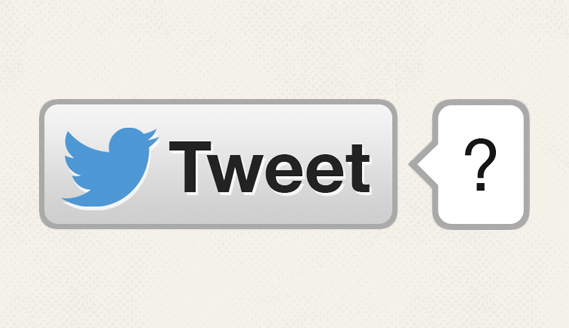 On September 22nd, Twitter announced that they would be removing the count from tweet buttons on websites after November 20th. This means that you will no longer be able to see how many people have tweeted a story, such as this one.

This is one of the most drastic changes the social network has made since its birth, and it's one that will affect millions of websites and users across the globe.

So, why was it removed?

Well, simply put: it was too expensive and difficult to maintain. It requires significant server resources to display tweet counts thousands of times per second to visitors across the web on millions of different websites simultaneously, and Twitter decided it would be better to reserve those resources for other parts of the site instead of rebuilding the tweet count feature. In addition to the high server costs, it would also require significant engineering resources to have the Twitter button count rebuilt for their new database platform.

Twitter is on almost every major website on the web (including The Huffington Post), and suddenly dropping this functionality could be problematic for the social networking site.

Here are some reasons that this sudden change could work against Twitter in the long run.

The "crowd effect" is an age-old psychology term that suggests people are more likely to become a part of something when they see a number of other people participating first. This is why social networks decided to show tweet counts in the first place; it encourages sharing.

Twitter's button redesign includes a new color scheme. Instead of the grey tweet button we're all used to, the new design will be a bright blue color, which may be an effort to offset any potential drop in tweet button engagement.

If this new button is simply a link to Twitter without any code to display a share count, it may make more sense for webmasters to create smaller and faster versions of the tweet button and reserve room on their site for other metrics. Many webmasters will remove the tweet button completely from their articles, especially if it breaks their social media plugins that haven't received an update yet to accommodate this change.

Many applications (whether they're Twitter-based applications or social media suites) rely on tweet counts to display those statistics to their end users. Once this feature is removed, they will be forced to remove the Twitter functionality from their app, or at best, significantly reduce it's prevalence within the app. There are currently thousands of web-based applications that rely on Twitter's API.

A button without a share count is simply less useful. When other social networks display how many people have shared their content (and Twitter doesn't), it could cast a large shadow over Twitter. Users will no longer be able to determine how popular a post is on the social network; they'll have to look to statistics from other social buttons, such as Facebook, LinkedIn, Google+, Buffer, and Pinterest, in order to gauge an article's popularity.

Social proof is an important part of user trust on the web. If you're reading an article with zero shares, there's a fair chance you're either on a very small website or the information you're reading may not be credible.

Lastly, doing away with the tweet count feature instead of upgrading seems like a lazy (and possibly reckless) decision. Twitter has the means to redesign the tweet button on their new platform, but they're making a "hard decision" to kill off a major part of the social network that exists on millions of sites across the web.

I can't speak for website owners, but as a webmaster that owns many websites with tens of thousands of visitors per day, there's a fair chance that I will be reducing Twitter's prevalence on my webpages after November 20th simply because Twitter has reduced the importance, usefulness, size, and function of their tweet button. If these buttons are getting less engagement and are less useful, it makes sense to draw attention towards metrics like Facebook shares instead.

How do you feel about Twitter's decision to do away with visible tweet counts on webpages? Let us know in the comments below!